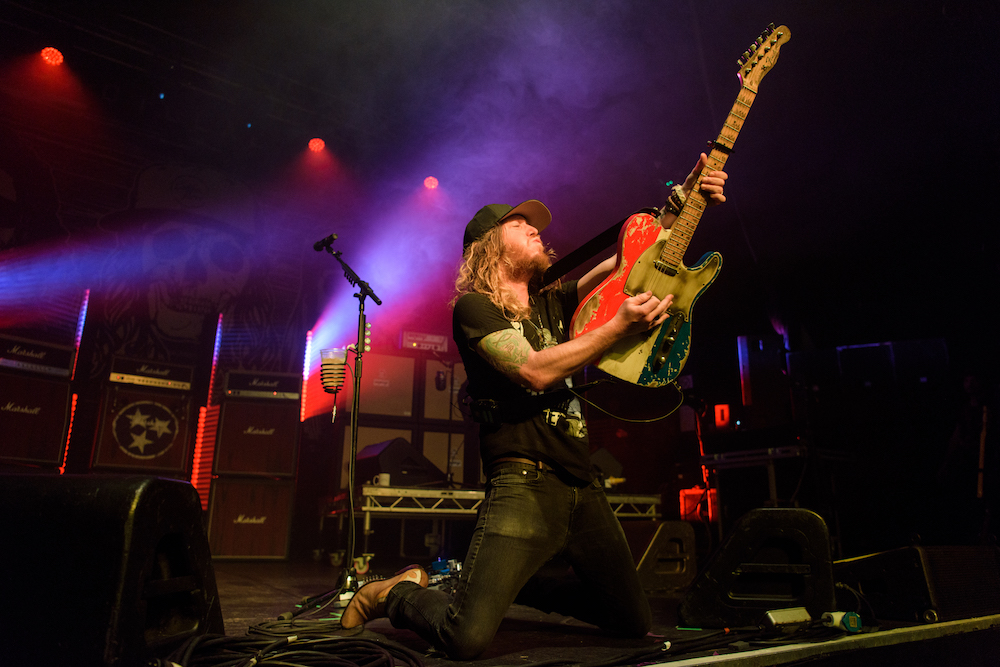 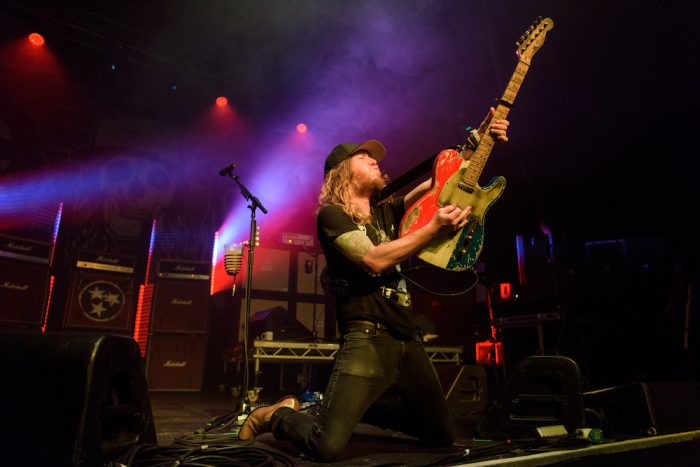 The Cadillac Three unfortunately fall short of all of the excitement tonight, with a set over reliant on overzealous solos.

Having released their fourth album Legacy earlier this year this trio have been thrilling audiences across the US and now across the UK and Europe since its release. Legacy sees the guys slow things down a little. Whereas before they aired more towards the Southern Rock of ZZ Top and Lynyrd Skynyrd, they now appear to be edging toward the more country side of things, which is currently gaining huge publicity across in the US.

Tonight they arrive in Newcastle on their second to last date of the year, with fellow Nashville dwellers Brothers Osborne opening the show. This duo have also been gaining huge popularity in the US with their debut Pawn Shop, firmly routed in their country sound they take to the stage to a huge reception from this packed crowd. Opening with Down Home its something of a subdued start but they soon pick up the pace with Rum.

It’s a relatively relaxed set in comparison to tonight’s headliners but the duo ratchet up the pace for It Aint My Fault, whilst the track is somewhat embellished with huge guitar solos. It’s without doubt the highlight of their set. with everyone singing and clapping along its no wonder that song sticks in your head for days on end afterwards. With the crowd suitably warmed up The Cadillac Three make their entrance.

Its an equally subdued start from the trio though with Peace Love & Dixie not immediately setting the crowd alight. Hank & Jesus quickly follows though and gains an ecstatic response, but the likes of Long Hair Don’t Care and Bury Me In My Boots appear to fall somewhat flat tonight. The opening few tracks really don’t make a huge impression, which is a shame as we’ve come to expect an enthusiastic and upbeat set from the Cadillac Three.

It does pick up in the middle of their set though with the likes of I’m Southern, I’m Rockin’ and Whiskey Soaked Redemption, but for many tonight’s set seemed to fall short of the mark. Where these tracks are normally quite to the point albeit containing the odd ferocious and excited guitar solo or slide solo, tonight everything seems to be stretched right out with excessive embellishments.

White Lightning and Dang If We Didn’t pull it back toward the very end but because of the overzealous solos the band find themselves running out of time. Whilst it’s never great to hear a band play the record almost perfectly live, tonight it would have been nice if they’d stuck a little more to them. Instead we’re left somewhat disappointed, there are flashes of brilliance and you cannot doubt these guys as musicians as they’re truly excellent but tonight it all fell a little short of the mark.

~
The Cadillac Three can be found online here thecadillacthree.com. They’re also on Facebook and tweet as @TheCadillac3.