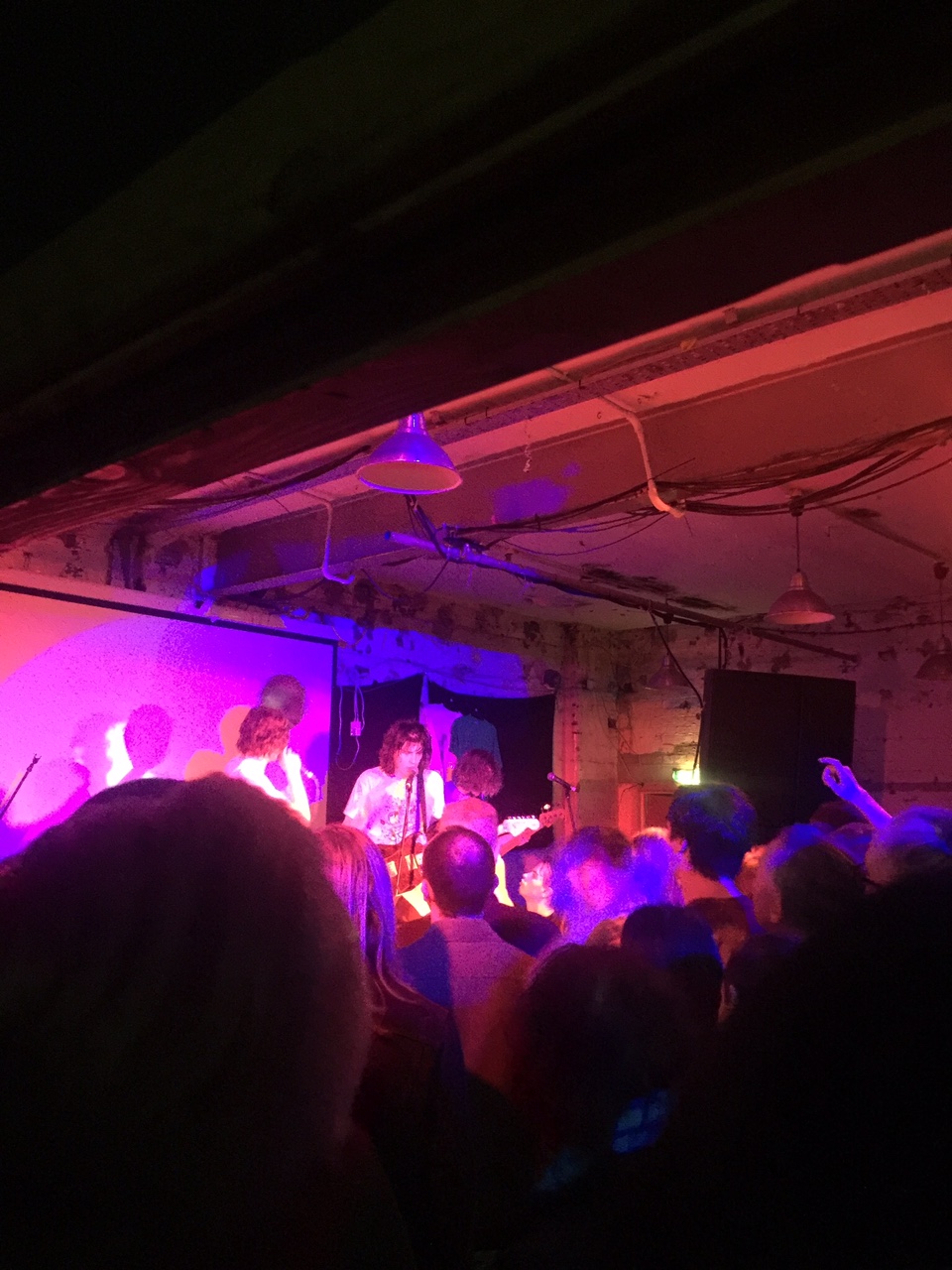 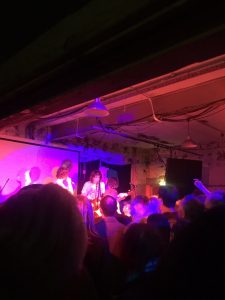 All the best bands have ridiculous names.

Names that are so wrong they are right.

And as the band throw vegetables into the crowd and the high decibel lunacy cloaks the steaming room and the whole tightly packed space is grooving to their lolling rhythmic rush they back it up with their deceptively brilliant songs with acidly funny lyrics…it truly feels like it is the Cabbage moment.

Last week LTW got them mention on Radio 4 on the Today programme  which was sufficiently posh enough to make one of the band’s grannies fall off her toilet seat. It was a debate about Andy Burnham’s bid to become mayor of Manchester and his wish for a new Manchester band to take the world to come from the city. Cabbage could be that band because it’s never the most likely ones, the careful ones, the hipster polished ones – it’s the natural ones who just can’t help themselves as the magic just pours out of them and they just look bemused at how or why.

The band have been twitching since their debut EP Le Chou got a write up on Louder Than War last January and tonight it feels like the celebration of the arrival of something quite off the wall brilliant and something that is going to no longer be a best kept secret but shared by all music heads.

I’ve never seen the Soup Kitchen so packed and I’ve never felt an atmosphere like it.

The whole place seems to jumping and swaying to Cabbage’s lolloping, off kilter groove that somehow infests their wonk garage guitar rush and stands them out as being utterly unique.

It’s been some time but it feels like Manchester has finally got a world beating, off the wall, unique band of its own again. Of course there have been plenty of great new bands over the past few years but something that is so part of the fabric of the city – that mixed up mash up of record collections, that lunatic fringe, that high IQ sardonic smarts, that scuzzy groove, that walking on the thin line between dark humour and acid poetry.

Cabbage only formed last December but they were so good that they grabbed instant attention and their gigs are becoming celebrations of their genius. Their basic sound is classic nuggets garage rock with a twisted rush but on its own that would not be enough. The world is full of that kind of stuff and what the band have done, whether intentionally or just because they can’t help it, is to skew the garage with their own innate groove madness. This could be Funkadelic jamming with the early Stooges or it could be Fat White Family if they were northern and noisier and with anthemic songs or as they like to say ‘Manchester based five piece serving up an idiosyncratic, satirical attack in the form of discordant neo post-punk’ or it could just be Cabbage because, to be honest, comparisons are meaningless when you are in a packed room with band this good who have somehow managed to create their own musical agenda.

There are no signposts when you are this good because every now and then a band seems to arrive that is so fully formed and so damn brilliant that the comparisons wither away and they become their own guides.

The five piece band know how to make a great noise. The stuff that really works is the twin vocal assault and they back up the surreal wordplay with the surprisingly effective vocals making the surreal into singlaong and swop guitars like they haven’t quite decided who the ‘proper’ singer is yet – and that’s a good thing! This band is so new that it’s not boringly fully formed – they are operating under their own rules and there is nothing conventional about them at all.

‘Tell Me Lies About Manchester’ is their anthem – poking fun at ye olde history of Manchester music with an oozing, tension filled surge of sound. The lyrics are great and the pay off line is fantastic. There are also new songs tonight that show a band fast forwarding to the future with more satirical acid lyrics poking fun at the suffocating fabric with a surreal politic.

Every song is a gem – whether lyrically , or with those snake like insidious melodies or with those infectious grooves or with these explosive guitar lines. It’s a perfect band. A bunch of schussed up prankters who are far smarter than they let on, far more original than it’s possible to be and far more potential than a million carefully constructed lab rat bands.

Cabbage are about to take over.