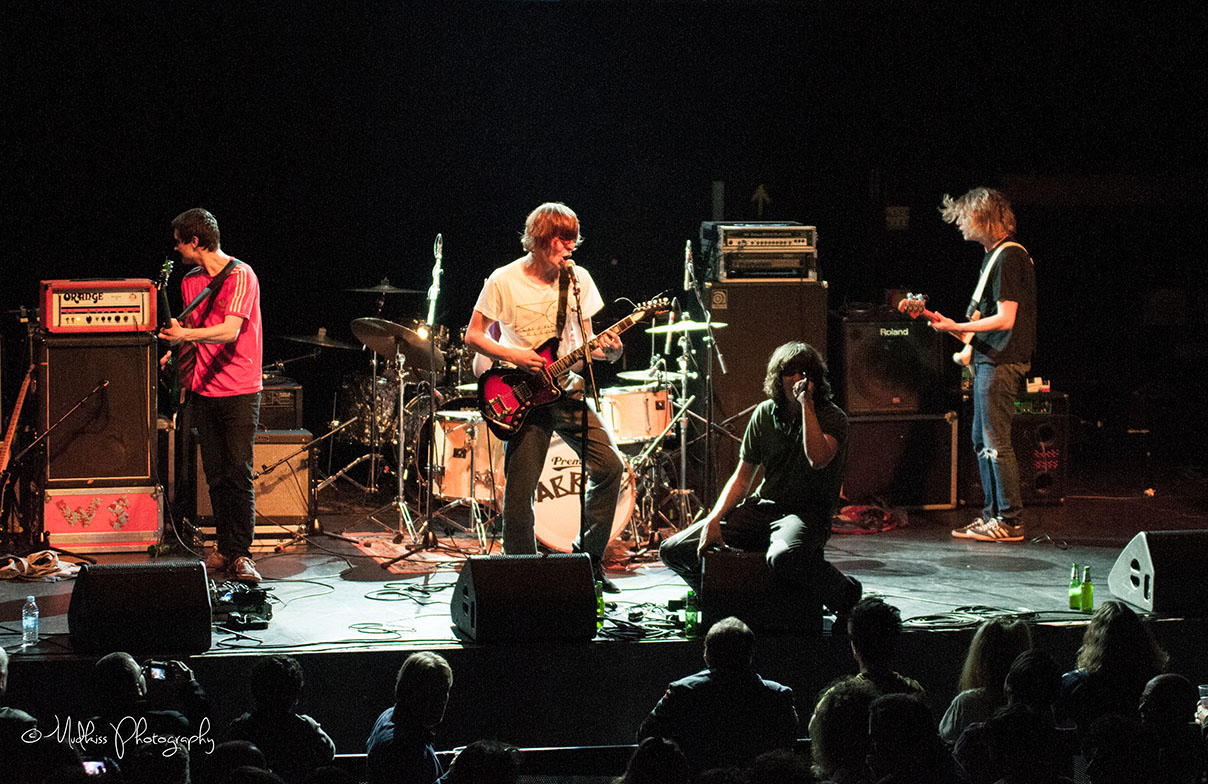 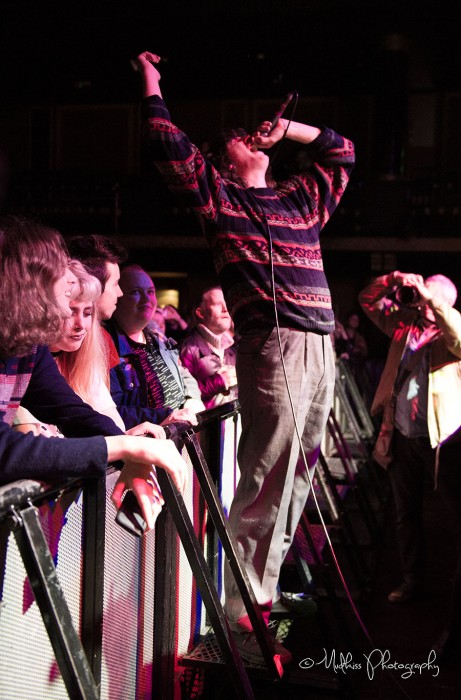 All the great bands have the madness. That brilliant walk the line between anarchy and genius and the wonderful Cabbage are the tightrope kings. They fill the main stage at Manchester’s 1300 capacity Ritz supporting The Fall like they own the place – not in a pompous Bono kinda way but in a totally natural and captivating manner.

This is a remarkable achievement for a band that formed in December and whose debut single, Kevin, was released in January and were first written about on Louder Than War 4 weeks after they formed! 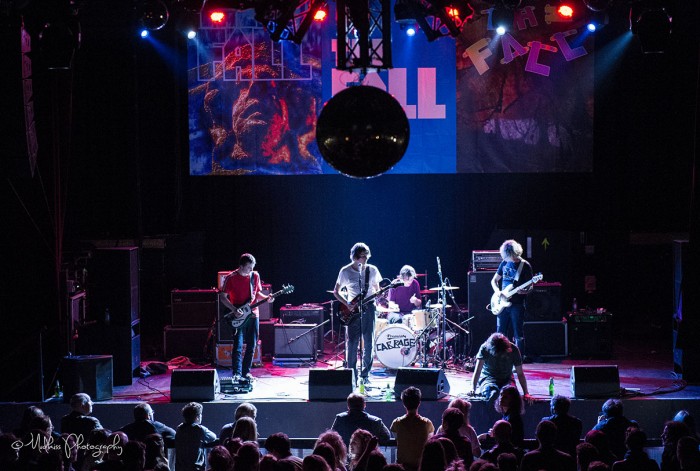 Cabbage are a fantastic raggle gaggle of knife and fork hair, striped pullovers and junk shop keks – and they sound like the look – just like early Fall did. This sartorial deconstruction works totally in their favour just like that wonderful appearance by The Saints on Top Of The Pops in 1977 performing I’m Stranded – so perfectly out of place it makes them look larger than life itself.

Like all the great madness in their area Manc bands like the early Happy Mondays or the Fall every member of the band is key – Stephen Evans on bass and Asa Morley on drums are a fluid, rolling rhythm section Lee Broadbent on vocals looks like a junk shop JIm Morrison and sometimes sings his satirical barbs or sometimes lies on the floor with his arms raised in their air or just picks up an instrument and joins Eoghan Clifford & Joe Martin on guitar. 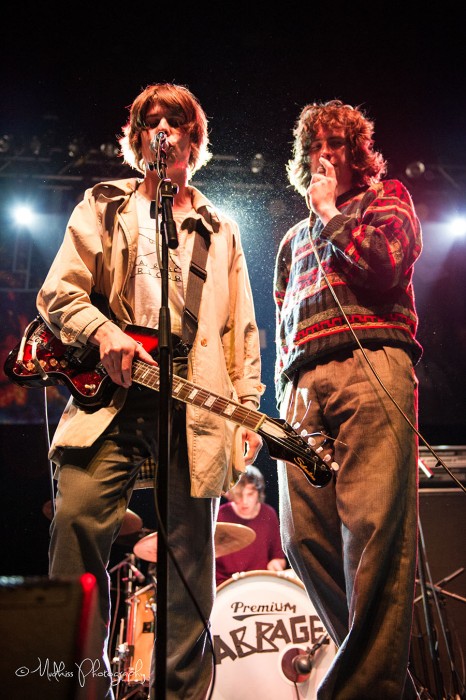 After the show they tell me how much they like Devo and The Damned and somehow manage to sound like neither but also manage to incorporate the conceptual madness of the former and the free form musical anarchy of the later.

Most young bands would look like rabbits in the headlights at a gig like this but Cabbage collapse around the stage like they own the place – they already have a fervent flowing who pack the dance floor out and make it feel like a headline slot for the band whose zig zag garage rocks wanderings are so perfectly delivered that it makes it sound like they invented the form.

Who would have thought that this barre chord shuffle could still sound so fresh. The music could come from any era – late sixties garage psych, post punk deconstruction or British indie eccentric. But they somehow make it sound perfectly 21st century modern with their fresh take on the form and defy musical convention with songs that sprawl and finish when they feel like it – like on their sneeringly brilliant Tell Me Lies About Manchester which is peppered with a potted history of Manchester music through their own fantasticaly dark and twisted humor laced eyes. 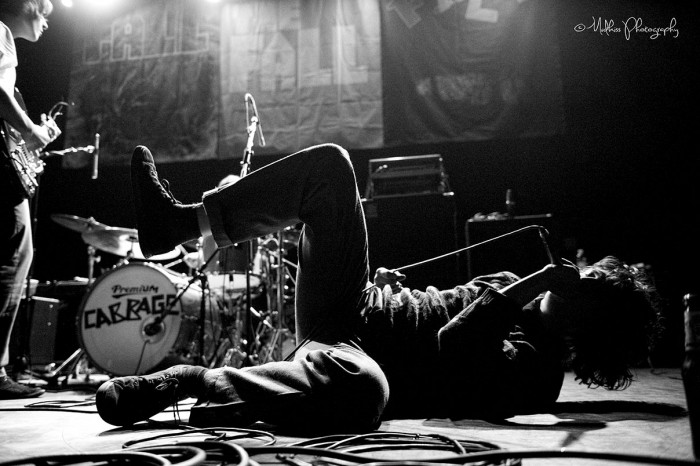 You really have to see Cabbage to realise just how wonderful they are. They may act madcap but they have the genius, they may roll around the floor and change singers at will (which is a great thing!), they may look like a band who didn’t get round to deciding just who did what before being thrust into the spotlight but that’s the core of their genius. That sense of precarious and sense of take them as they are is perfection. This is pure unadulterated, unfettered, untainted music making and proof that there is still plenty of life and possibilities in the guitar thing.

By the end of the summer everyone will be talking about Cabbage.

Photos by Melanie Smith. More work by Mel on Louder Than War can be found at her author’s archive. You can find her on Facebook and Twitter.
Photography portfolio can be found here:mudkissphotography.co.uk.