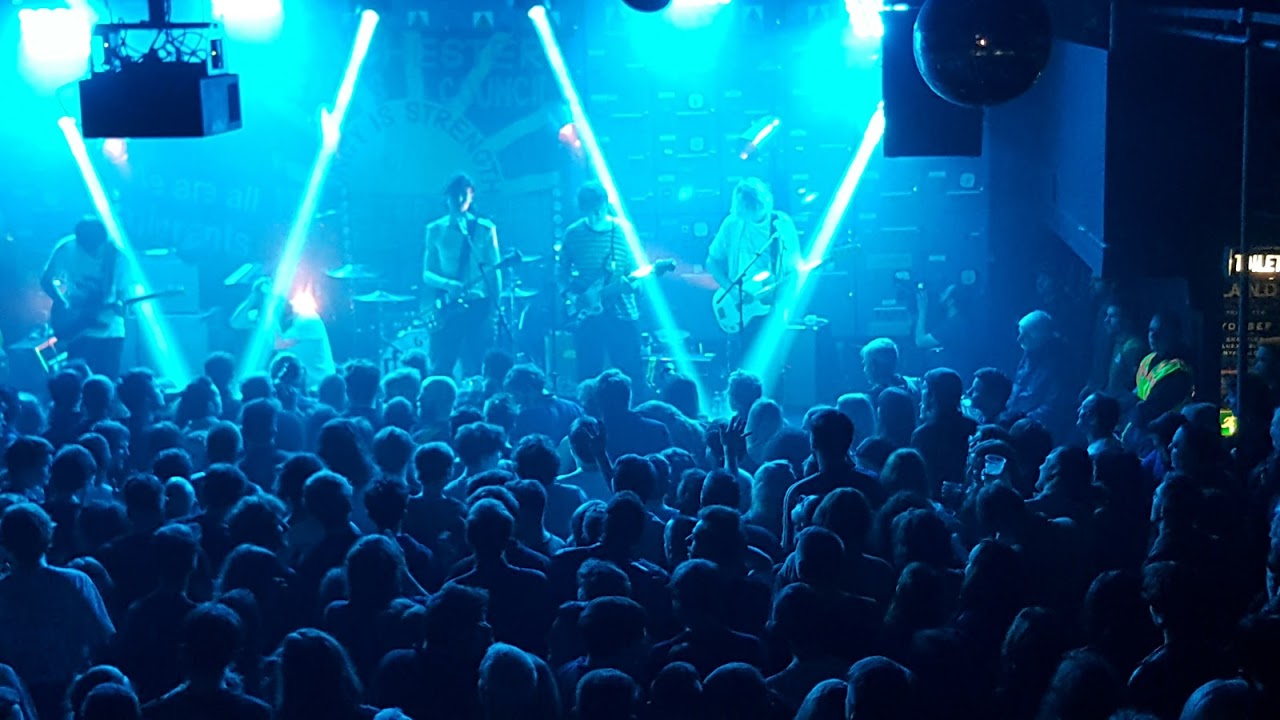 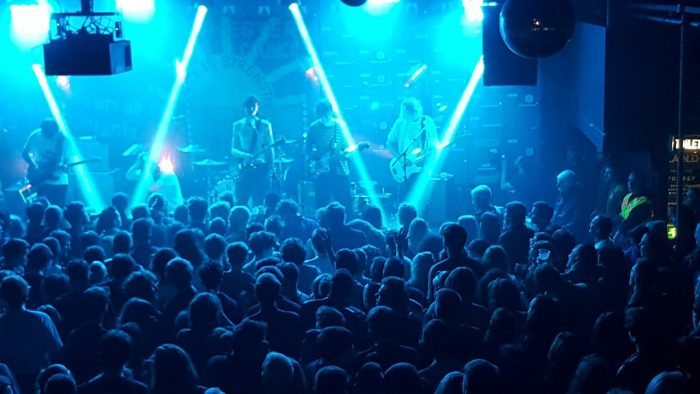 Cabbage are the best new band in Manchester. Confounding the critics are selling out every venue they play. They are also wonk genius. LTW was the first to write about them just over a year ago and we are still celebrating their surge to the top. The coolest thing is the band are just getting better and better and madder and madder and their gigs are celebrations of chaos but with a slyly brilliant musical agenda lurking in the madness and lyrics that are both darkly funny and full of acidic genius.

Manchester needed a band like this to come along for years – a band that reflects the city and is from the city and here it is…our man Wayne Carey caught up with them at their sold out gig at Gorilla.

Last time I saw Cabbage live at The Ruby Lounge they blew me away!

The last band that did that to me were the Inspiral Carpets who you may by now know I love. The thing with Cabbage is they can’t be categorised. The Carpets were roped in with the Madchester scene for a daft reason but they did have a sound. Cabbage haven’t got a sound. They own the music scene by being different from anyone I’ve heard in my 40 years of listening to music.

They come on stage to the sound of Rawhide which made me piss laughing then launched into Dissonance and Indispensable, arguably the best punk rock opening from a bunch of lads who weren’t even born before the Pistols! The crowd went ballistic and made me want my youth back. Terrorist Synthesiser came next with the mob singing along.

Tight as fuck is the best way to describe this band. Dinner Lady was as excellent as ever and Uber Capitalist Death Trade was a gem. They then did It’s Grim Up North Korea which remains one of my favourite tracks and they pull it off live brilliantly.

The thing about Cabbage is they can drum up a punk gem then get all dark in the right places. Top tune! Necroflat In The Palace is an anthem and I can see the future Cabbage fans going mental to this. If anyone has heard Gibraltar Ape they will think it is a different band. That’s where The Fall comparisons come in. Reinventing themselves within months with a new sound. And with a mad ending of Fickle, Because You’re Worth It and Kevin, what can go wrong?

This was a coming of age gig when the band have realised they are going to be massive and don’t need any gimmicks to get along. Don’t get me wrong, I love the gimp (who my mate met in the bog) and the man dressed as a baby but this band are scaring me! They’ve not even released an album yet and are growing by the minute.

God bless Cabbage! The new saviours of the Manchester scene. No one can touch them.