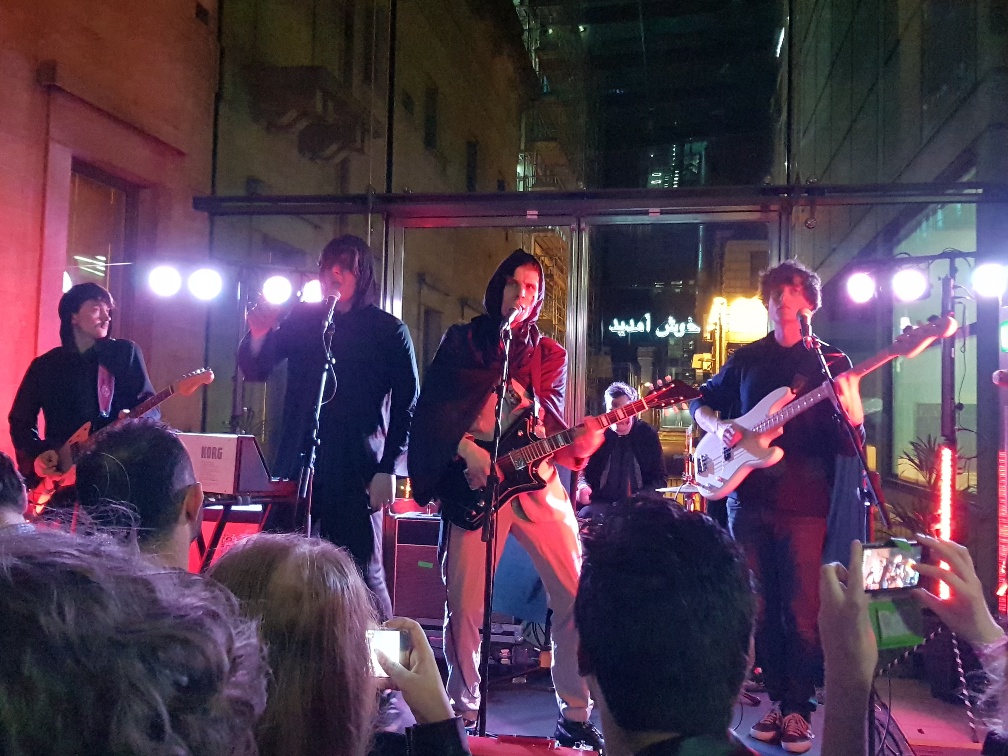 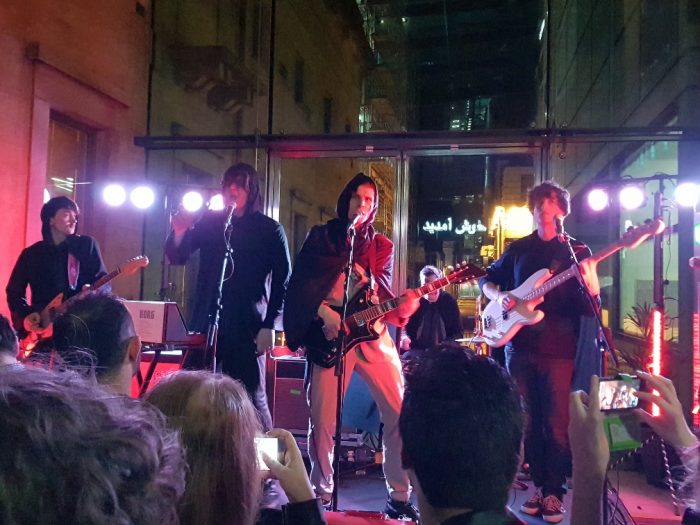 Cabbage took over the foyer of Manchester Art Gallery for an installation and launch of their acclaimed (and now chart!) album Nihilistic Glamour Shots. Wayne Carey reports back for Louder Than War.

After releasing their debut album a week ago the Mossley boys decided to set up their own version of an album launch and took over Manchester Art Gallery for the night with their macabre and entertaining take on an art exhibition, to somehow explain the meaning of each track on their effort. The members of the band were all dressed in black robes and occultist makeup like the figures on the album sleeve and were walking around talking to everyone like a proper family affair. There were actual ‘Molotov alcopops’ on offer, slogans relating to tracks, a couple of makeshift tents with some bloke smashing up vinyl, and another guy with a white crucifix on the back of his robe doing strange doodles. All this going on while the full album was being played as background noise.

Some of the artworks on show – produced to represent tracks on the album:

The band then hit the makeshift stage for a stripped down set of their new album tracks looking sinister yet mischievous. Preach To The Converted sounded as good as ever giving the circumstances of the lower sound and acoustics and they reeled off Arms Of Pleonexia and Molotov Alcopop to a warm applause from this lucky enough crowd of worshippers. (Internal Album Imagery – Below) 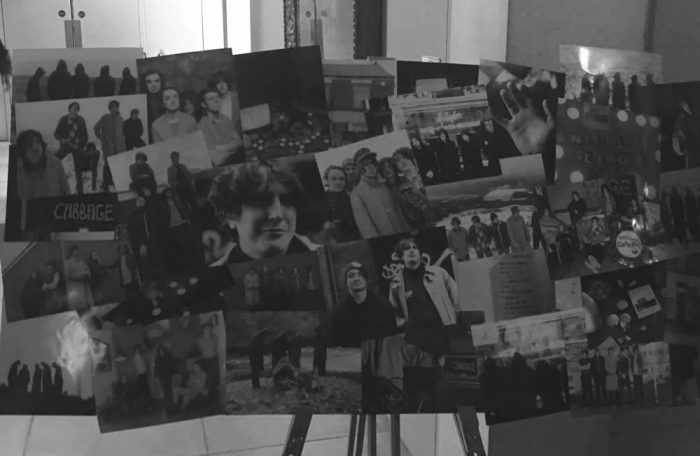 When I reviewed the album earlier this year I described the track Reptiles State Funeral as ‘unsettling’ and not a track for the uninitiated. Tonight they proved me wrong by blowing me and a few people around me away. It worked live and sounded menacing! They finished off the set with a cracking double whammy of Necroflat In The Palace and Uber Capitalist Death Trade which will always be live favourites for years to come. (Album Art – reproduction by Kirk Whitehouse) 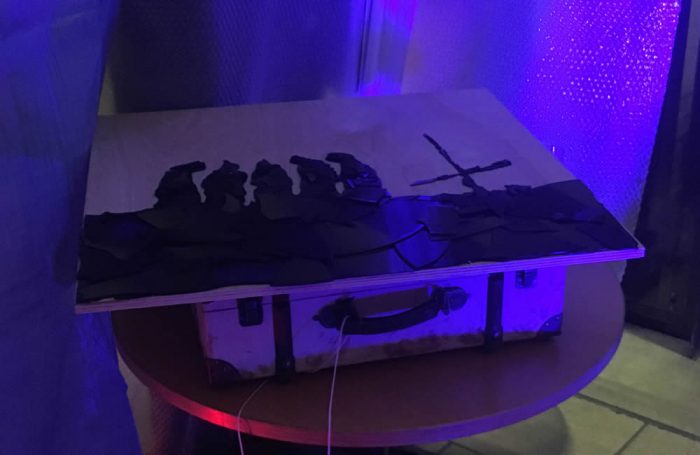 Watch Arms Of Pleonexia from the album here:

As events go this was an interesting night and one which sets Cabbage away from your usual indie band by using the right images, punky songs and not overtly used politics to get their message across. I hope they keep it coming as fast as they been lately. Welcome back! 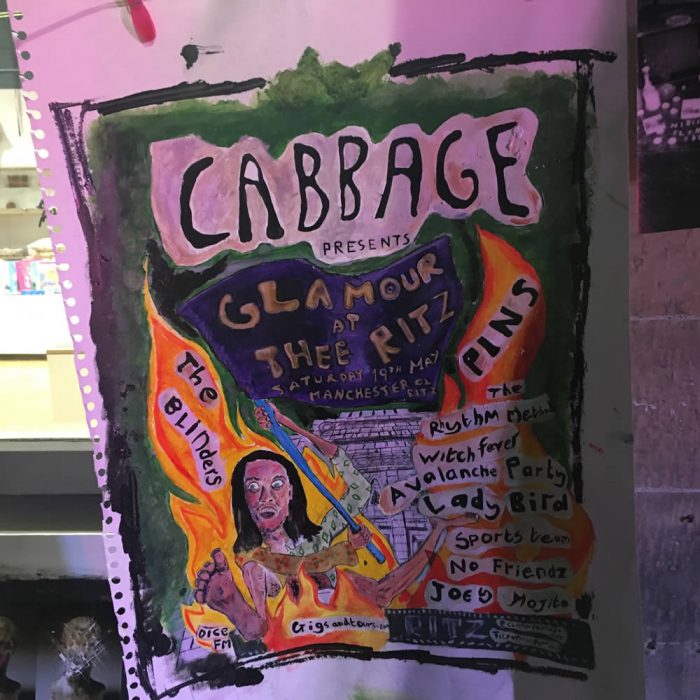 Cabbage are on Facebook, Twitter and their websiteishttps://cabbage.tmstor.es/  where you can buy the album on signed CD and various editions of signed vinyl!

Words and main photo by Wayne Carey who writes for Louder Than War. His author profile is here

Additional photographs/words by Nigel Carr – More writing by Nigel on Louder Than War can be found in his Author’s archive. You can find Nigel on Twitter and Facebook and his own Website.