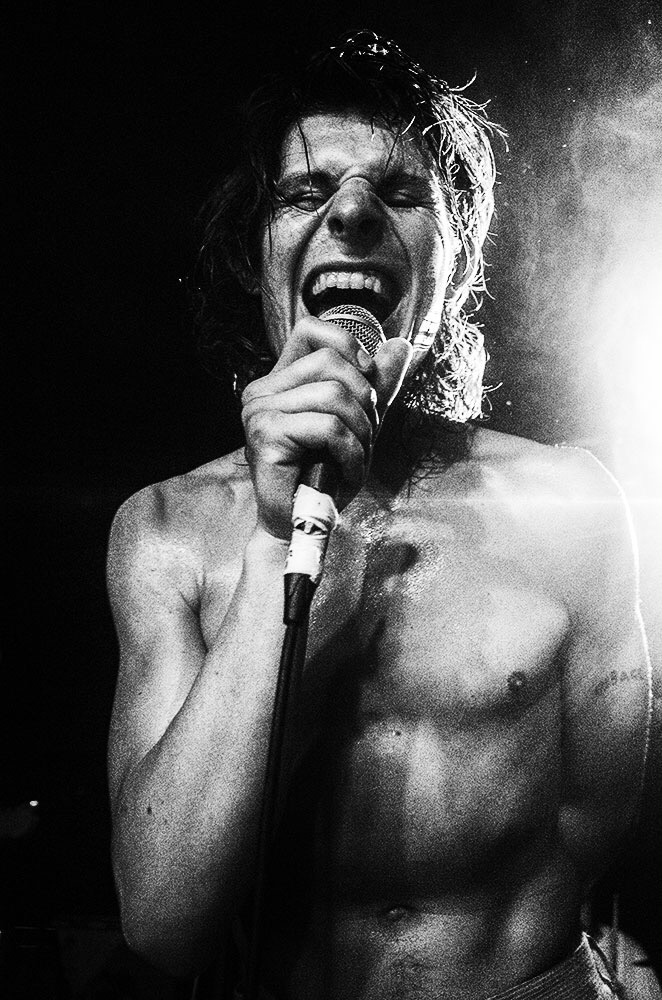 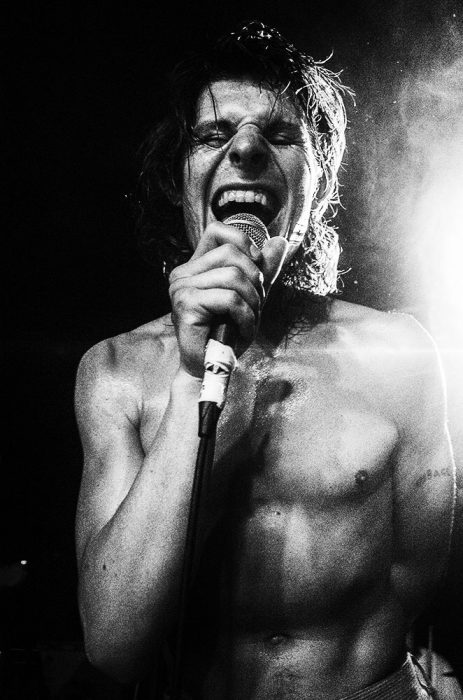 This is the moment.

The moment when all the loose ends of a new Manchester focussed thing came together. The Ritz is the perfect venue for such shenanigans. 1500 capacity sell out with Cabbage making that jump from hotly tipped to being hugely popular but also bringing two more bands with them into the glaring spotlight.

One of the stand out features is just how young this audience is. The old venue crackles with the optimism and rush of youthful energy who spend the whole night twitching and ready to dance whilst singing the Jeremy Corbyn song in any gap they can. This is the post Glastonbury17 generational shift and the foundation of a new generation with its own outlook and its own sound track. A soundtrack that Cabbage are a key part of.

First up are Blackpool’s Strange Bones, the band play raw and powerful anthemic modern rock with a twist of the passion of late seventies punk in their sound. It’s a big moment for them and you can feel their infectious excitement of owning the Ritz stage delivering their catchy anthems to a huge moshpit. Even with the doors just open there is wild dancing and musical adoration that stomps all over the notion from elder facebook cynics that music stopped when they started staying in. Strange Bones also have a set of brilliantly dynamic, twisted and anthemic songs that are perfectly designed to capture the ebb and flow of the live thing and are a powder keg of incendiary promise.

Any other band would have been well and truly stuffed following that but The Blinders are not any other band. They, like Cabbage, were first written about on Louder Than War and have been eulogized since on the site and it’s been a thrilling ride watching them grasp their potential. They coolly walk on the stage like a band that has already arrived with an assurance of Ritz headliners which they surely will be soon. The three piece deliver their songs of taut intensity that sees the powerhouse rhythm section underpin those twanging and flowery guitar lines. 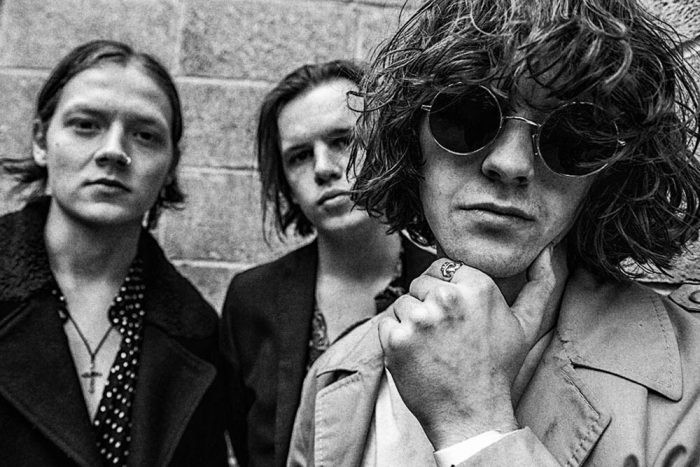 It’s loose and molten like the dynamics of the wonderful Jimi Hendrix Experience but seized into the nineties with the personal and political intelligence of the Manic Street Preachers and the way beyond their year’s songwriting skill of the early Arctic Monkeys and yet the band, who hail from Doncaster, don’t sound like any of these. They have their own sound. A sound of power keg intensity that captures the frustration of a generation sold out by their elders . A generation fed up of hearing about the old days when ‘music was better’ . A generation fed up of being told that punk rock was the time when bands engaged with the audience and yet many of those fans grew up to look and sound like Jeremy Clarkson. The Blinders are the sound of the now. Their terse songs have great drop downs in the middle where is goes to the rhythm section and there are deeply articulate monologues before the band kick back in for powerful climaxes. Of course the twitching audience are exploding with energy and manic pop thrills and an even larger mosh pit that engulfs nearly the whole venue ensues.

Cabbage are greeted like heroes. The band have been working hard since they appeared out of the blue a couple of years ago and have honed their Cabbage thing down to perfection. They have managed that tough trick of retaining their underground quirk and that beloved wonk into a sound and presentation that is mainstream indie without becoming boring. The mad dressing up and the onstage food fights have gone and the band are comfortable with their big stage presence. They look, sound and feel like a band that is about to break top 10 albums big and this is a good thing as they still have the musical imagination that is creating something really special.

This is because they have the songs that speak volumes. Some of the tunes like Dinner Lady retain that off kilter sense of humour that twists their political with a surreal sarcasm, that kind of wonk wordplay so beloved by Shaun Ryder and Mark Smith and other acidic northern poets. Terrorist Synthesizer is the same as it walks its smirking tightrope walk between adept political comment and laugh out loud punning. It also comes armed with a killer chorus that is sung back at the band with sheer unbridled joy by the huge audience and it’s at this moment that you realize that Cabbage are more than ready and capable of filling the huge void left by the Stone Roses whose exit stage right last weekend with Ian Brown apparently quitting has left Manchester and the besotted youth a new sonic plaything.

Far more than a one trick pony Cabbage deliver newer songs that continue the theme, there are off kilter loping grooves or their fast punk assaults that give any punk band on the circuit a run for their money with their attack and their sheer visceral excitement. The twin frontman thing still works perfectly and the band seem bonded tighter than ever since their adventures this year.

For any one in need of their five a day Cabbage are here, in fact for anyone left awake out there Cabbage are here and on the verge of pulling off something quite special and very big.