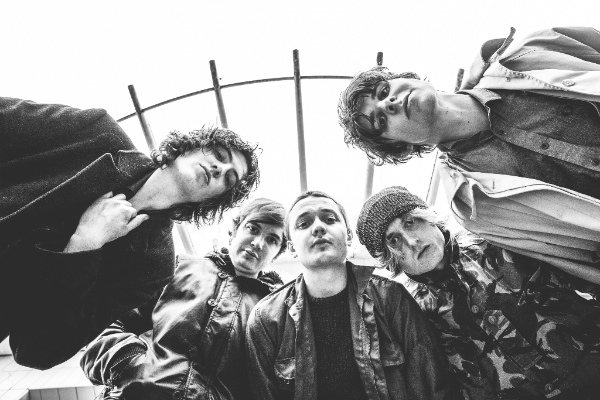 + INCLUDED ON BBC SOUND OF 2017 LONGLIST

A semi-controlled riot of tunes, energy, politics and black humour, Cabbage are one of the most exciting new live acts for many years. Having spent much of 2016 playing to increasing crowds and growing media attention, the Manchester five-piece have today announced their two biggest headline gigs to date:

Tickets on sale 9am Friday December 2nd from gigst.rs/CABBAGE

Cabbage have been included on the longlist for BBC Sound Of 2017. Other artists nominated include Anderson .Paak, Rag’n’Bone Man, RAYE, Nadia Rose, Declan McKenna and The Japanese House. The artists are chosen by a panel of impartial experts from the music industry, and previous winners have included Adele, Sam Smith, Ellie Goulding, HAIM, Years & Years and Jack Garratt.

Last week, Cabbage released ‘Terrorist Synthesizer EP’ on James Skelly’s Skeleton Key Records, the original home of Blossoms and home of She Drew the Gun. The four-track EP is the final in a series of three EPs, and follows the releases of ‘Uber Capitalist Death Trade EP’ in September and ‘Necroflat In The Palace EP’ in October. The lead track on the first EP, ‘Uber Capitalist Death Trade’ is currently playlisted at BBC 6Music. A compilation of the three EPs – ‘Young, Dumb and Full of…” – will be released on January 6, 2017.