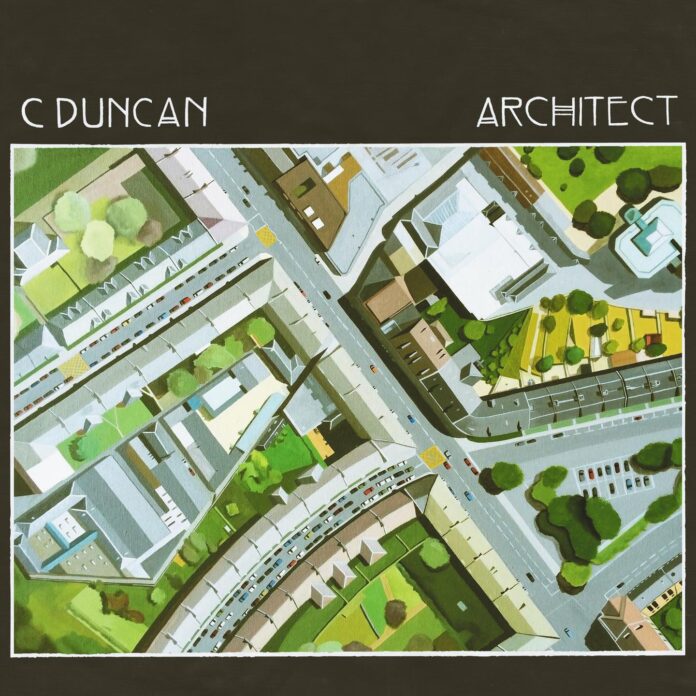 This is good, this is very good and it’s no wonder at all that C Duncan (Chris to his friends) is currently enjoyable a wave of recognition from those folks at Radio 6 as well as several publications and independent radio stations.

Why the interest? Well it seems that Duncan can write a tune or two, and sing beautifully and play all his own instruments. Recorded in true D.I.Y. style in his Glasgow flat, Architect draws on many an influence from pop to classical, from electronica to contemporary showing that he is a very talented man playing guitar, bass, drums, piano and viola.

Comparisons to Talk Talk probably aren’t far off the mark after a few listens. The same warm, affectionate vocals (albeit a different scale) and meandering melodies create a glowing feeling that is sadly often lacking in today’s scenes. A former graduate of the Royal Conservatoire Of Scotland and the Son of two classical musicians, he was probably destined only for one career.

There’s a 60s, psychedelic feel to his music that has recently been proved successful for the likes of Jay Stansfield, where layered descants combine beautifully. The title track is simple yet somehow full of delightful intricacies which continue to unfold time after time.

In the electronic sway of By, Duncan displays a talent for not just conventional music but also stains of electronica where his Indie pop side is able to shine through. Novices too drifts along in a sea of multi covered vocals, and the newly released single Garden is bright, joyful and irresistible.

Album closer I’ll Be Gone By Winter is affectionate but slightly twee and maybe doesn’t sit right in it’s over sentimentality. It does however, show yet another side to Duncan’s huge repertoire where wonderful displays such as He Believes In Miracles are lessons in modern songwriting whilst maybe being influenced by the classic skills of the likes of Burt Bacharach.