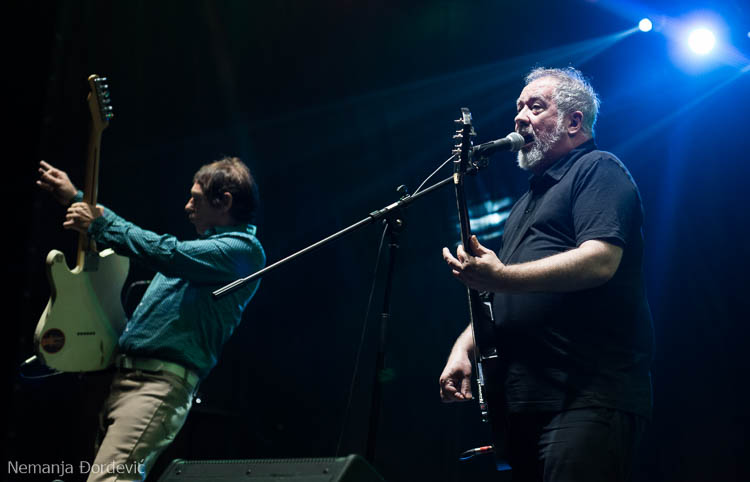 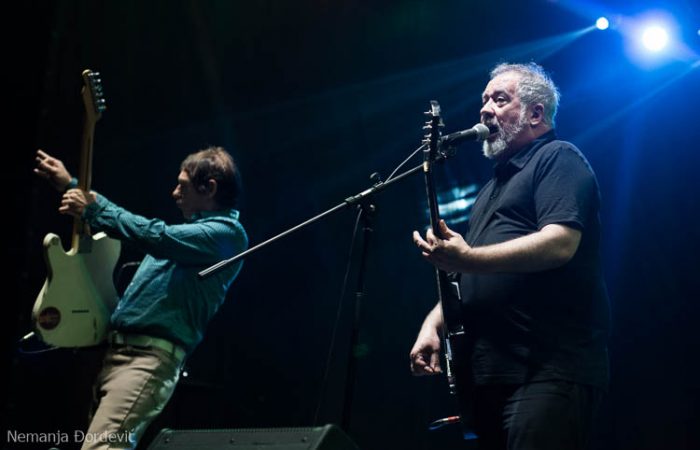 There they go -the most perfect jukebox band of them all.

Buzzcocks are being magical.

Perfect songs floating in the air like Dorian Grey in reverse. The songs as youthful as ever and the band gracefully ageing in front of our eyes. Magic and realism. How Mancunian!

Where it was once nostalgia for an age yet to come Buzzcocks now exist in the reverse.

This is the future made up of the past that somehow still sounds like the future.

These buzzsaw symphonies are some of the most perfect pop songs ever written and perhaps defined punk as art as pop more perfectly than anyone else. Ever.

Has there ever been a finer pop band than Buzzcocks? Has there ever been a more perfect example of whatever punk rock was meant to than this band who invented the modern notion of DIY aesthetic by pluckily putting on the Sex Pistols at the Free Trade Hall back in the early days of the punk rock wars and defined it with the brilliantly snarky Spiral Scratch EP.

And then, for three albums and a machine gun of singles perfectly, faultlessly produced by Martin Rushent who was the producer in punk rock, they were faultless. Imperious. Every songs was as packed full of art pop ideas and perfect melodies like the Beatles had been in their decade.

And yet the punk movement that they had birthed/bore them was somehow also their jailer. They had the hits but you could feel the mainstream were a little scared of another smart ass bunch of young punks. Despite the hits you could sense the terror from the mainstream at yet another smart arse pop band. Would they meltdown in a moment of Bill Grundy baiting? Buzzcocks should have been number one forever – those songs were perfect pop. Genius melody entwined around Peter Shelley’s perfect pop voice full of hysteria and warmth and Steve Diggle’s snarling Mancunian street angst all coached in their artiness.

Buzzcocks created the space for Joy Division and post punk and the Smiths. They were a rare case of a catalyst band that had hits.

Tonight a million years later they are a well oiled machine. Plug in and play. It all pours out. Perfect vignettes to love and life. Poetic snapshots of emotion and beauty. Sardonic and sad. Still.

Some of the greatest pop songs ever with the balance between Steve Diggle’s hyperactive rock shapes and sweatshop energy and Pete Shelley’s anti rock presence like he is still sat with Howard Devoto in the car back in February 1976 driving to London to look for a future called the Sex Pistols after they had read about them in music press, the pair of them aching for another music in a different kitchen so to speak. Another noise that wasn’t rock n roll – a form that felt dead and ancient at 20 years old in the mid seventies.

Somehow all this wonderful tension between rock and art is still being played out decades later in this most complex yet deceptively simple of bands. When they get it perfect like tonight it’s blissful. Diggle’s guitar is meshing with Shelly’s – the twin guitar interplay crucial to the band’s genius – both twisting their rhythm and lead around each other making it hard to tell who does what and does it matter anyway. They turn all this into a pop music that still feels urgent. Still sounds like future. They still write new songs that are almost as good as those classic first three albums and that’s not a slight – few bands have matched that trio of albums that managed to cram innovation into the perfection that saw them stretch their basic sound out in every direction possible without losing their buzzsaw focus.

Trobecove Krusne Peci are Croatian legends. Named after a serial killer who baked his victims into loaves of bread. Their post punk skyrock is another example that something quite special was going on here in the eighties. A whole scene of fantastic innovative bands we barely know about in the UK because we were too busy with our own brilliant scene and we hadn’t been gifted the internet.

Trobecove Krusne Peci look unassuming. Five greying middle aged men take the stage and then detonate. This is a wonderful life affirming angular detonation. The guitar zig zags and the rhythm section is a reminder of that heavy punk funk undertow of the just after punk interzone when everyone was seeking a new rythym language after the 4/4 got too much and too often. Add to this bass skronk and heavy duty vocals and you have a band that understand heavy groove and punk noise. It’s like opening a time capsule from 1980 but one that feels more urgent and vital now than when it was first played. V