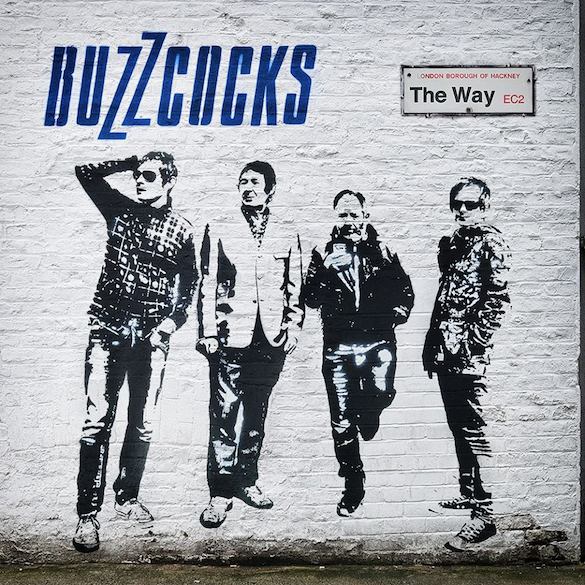 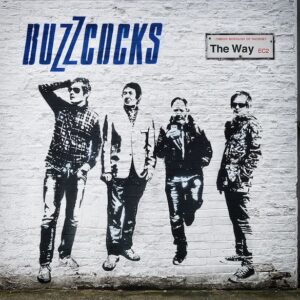 I guess that there’s a few things that need to be mentioned before we get to the album review proper. Firstly, why are a band of the standing of Buzzcocks having to crowd-fund a new album? Don’t get me wrong, the whole DIY ethic and audience inclusion definitely floats my boat but it seems criminal that this band, with a legacy such as theirs, don’t have the cash of a record company behind them. Perhaps it was a conscious choice, I dunno, but the album is here and that’s to be celebrated, corporate non-inclusion or not. I guess it has, in a way, given them the freedom to experiment that they clearly thrive on and that is no bad thing.

I’ve seen Buzzcocks dozens of times over the years, from the first flush of their youth to the seasoned campaigners that seemingly endlessly tour the globe. I saw Joy Division open for them about a million years ago, so we go back a fair old bit. My El Alamein with them (and Steve Diggle in particular) was the car-crash which was the Howard Devoto reunion show in Manchester a couple of years ago. I won’t go back into it but my review (which I can still feel the fury of) can be read here.

I’ve seen them another couple of times since then and to be fair, have enjoyed them hugely. I was standing side-stage at Rebellion Festival (Jericho Hill had been on earlier)  last year  during their blistering set and got talking to an elderly lady who it turned out was Diggle’s mam.  The sheer pride on her face was a joy to see and when I mentioned to her that the crowd just adored her son she positively beamed with delight. I could feel my grudge about the Manchester debacle slip away at that moment. Fuck, I’m in a band. What would I be like if I was in The Buzzcocks? I’d be worse than him!

My missus getting Mrs Diggle to dance and sing along to Orgasm Addict is another story, however, and best related elsewhere…..

Anyway, to matters herein. The Way is the new Buzzcocks album and it’s a cracker. If you only know the Imperial period material I’d strongly recommend Flat Pack Philosophy (2006) and Buzzcocks (2003) from the more recent past. With a nod and a wink to past glories, these are a couple of vivacious, pulsing albums with some truly great, energetic songwriting. Sick City Sometimes (from “Buzzcocks”) is one of the best things Diggle has ever written and is often included in sets to this day. The Way is a bit of a U-turn in many ways. It’s slightly inward-looking and dysthymic and the Banksy-inspired cover art is indicative of the grime and sweat of modern city living that informs it. People tend to remember the original line-up as primarily a singles band (and what a run of singles!) but A Different Kind Of Tension and to a lesser degree Love Bites were filled with experimental and artfully odd pieces of music and The Way treads a similar path. In The Back, for example, starts of in typical Buzzcocks style but ends up more like Operators Manual than Ever Fallen In Love.

Don’t be mistaken, it’s certainly not all doom, gloom or weirdness but the songwriting of Shelley and Diggle, whilst maintaining the playful jetstream of old, has a few surprises along the way. The two principles slug it out song-for-song on the album and it adds a nice balance to the set. Opener Keep On Believing is a Shelley composition and it’s clear he’s lost none of his classic pop inclination or knack for a neat lyrical couplet. It’s classic Buzzers all the way and the swivel-hipped bassline from Chris Remington is a slithering counterpoint to the lacerating guitars and overlapping vocals.

People Are Strange Machines follows and is typical Diggle; oddball lyrics and straight-to-the-cortex chorus with Shelley adding some of his helium backing vocals to Diggle’s strangled growl. There’s a definite hint of Diggle’s beloved Who in this ‘un with those chopping chords and needling guitar figure winding along neatly.

Virtually Real sees Shelley call down the urban blues on modern tropes and social media and one can feel the isolation and frustration in his voice. Musically, there are a few clanging chord changes that recall some of the early Buzzers krautrock influences as well as a hint of Killing Joke’s industrial sturm und drang.

Chasing Rainbows/Modern Times is probably one of the most Shelley-like things that Diggle has produced and it’s an album highlight. He cheekily nicks a bit of the Blitzkrieg Bop chord sequence but that’s a small quibble in a song that illuminates the record. It’s a breezy little thing with the heart of a thug.

Third Dimension is another Diggle write and has an odd, pastoral psych feel, not unlike some of Paul Weller’s rockier moments. Don’t let that put you off, though.

Shelley has co-written It’s Not You with drummer Danny Farrant and it closes the album nicely. This is a band that could easily coast along into retirement with the depth of material at their disposal and it’s hugely encouraging to see and hear them push the sonic envelope in this way. The Buzzcocks “White Album”?  Not quite, but for now it’ll do just nicely.

Grab the album from Pledgemusic.

All words by Joe Whyte. You can read more by Joe by checking out his LTW author archive here.