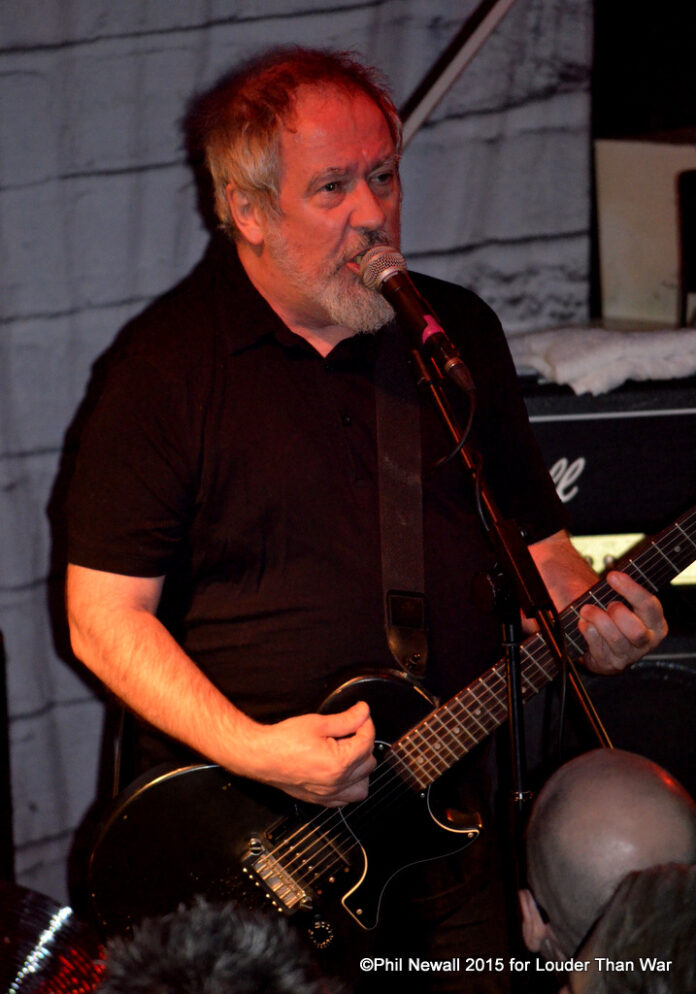 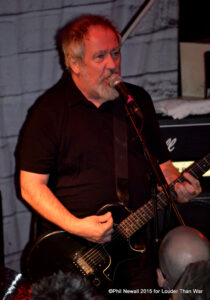 When Buzzcocks are in full flight even this dark and broken old world seems to lift again.

Their mercurial music full of love, lust and hope and human frailty defies the greyness and polarisation of these modern times and is full of the quicksilver melody that flies in the face of the hatred of the lunatics with its honesty and fragility and thrilling sound.

Buzzcocks – whose three albums are each so full of hooks and ideas that they should be on the national curriculum of any music school, Buzzcocks – whose lyrics broke all the rules and sound so magical and heartfelt all these decades later. Buzzcocks – who sang perfect love songs in the middle of the anarchy and confusion of the punk rock wars and love songs that were real and beautiful and touching and full of fear and rejection and beauty and lust and darkly funny humour. Buzzcocks – who still make great albums that are cherished by their hardcore fans but ignored by the sensation hungry mainstream.

This most perfect and most quintessential of British pop bands – arguably the perfect English pop band remain the jukebox live band. Tonight, every song sounds like a hit from a distant galaxy – a galaxy where this perfect pop is rewarded with huge status instead of cherished and toasted cultdom. In Liverpool the band are in full flight- those twin guitars nag at each other, those hit singles a re machine gunned out sounding eternally teenage and those album cuts as experimental clever as ever. Buzzcocks are our Beatles and their music remains timeless.

They tour the world endlessly on their lap of honour. They sell out everywhere and they are part of the fabric of history of ye olde punk rock. But there should have been more. This is a band that had the quicksilver pop genius that the Beatles had – that effortless knack of writing genius melody that just seemed to pour out of them and especially Pete Shelley. Not that is an anti Diggle piece – far from it – Diggle brought songs like Harmony In My head and Fast Cars to the band – songs that would have been words of genius in most punk bands sets.

Tonight Buzzcocks are on fire. The band sounds tight and Diggle sits comfortably in the mix – on nights like this he truly is a great guitar hero -replacing volume with those great touches, he is addictively listenable and a great showman throwing every shape from the great rock shapes book and living the dream every second of the gig like his life depended on it.

Steve is in love with rock n roll and it shows and his fire and passion fill the room with all the old school rock n roll stuff and that’s another thing that makes this band so loveable – that dichotomy between him and Pete who has always been to awkward and artful and carries the flame from that famous trip down to London in 1976 with Hoard Devoto and Richard Boon looking to check out this punk thing. When you look at this clutch of people and the surrounding satellites of very early punk rock you see another way – another music in a different kitchen perhaps – another glimpse at what punk rock once as – the anti rock, anti showbiz version full of possibilities and weirdness and wonder and it’s still there in Shelley as he rolls his eyes at the rock excess and delivers his songs with that high voice and those wondrous love lorn lyrics.

That’s the Buzzcocks for you – they burn the art candle at both ends and that makes them so wonderful. They are rock and anti rock all at once – you can hear it as the two guitars playing totally different parts at the same team and making it work perfectly. There is the argument, the contradiction at the heart of punk rock so perfectly captured and that manages to combine all this yin and yan of punk rock and art rock and everything else and then decides to turn up with some of the best ever pop songs ever written and deliver them in a thrilling and enthralling way.

And tonight is no exception. This is the golden jukebox machine gunned out. This is post modern nostalgia for an age yet to come – a creative and artful conundrum that Pete will roll his eyes at. This is Buzzcocks at full force and full of the heart achingly genius tunes and Dorian Grey pop sensibility that defies the ageing process- their songs are the paintings in the attic except they are probably on cassettes.

And that’s why I will always love them.