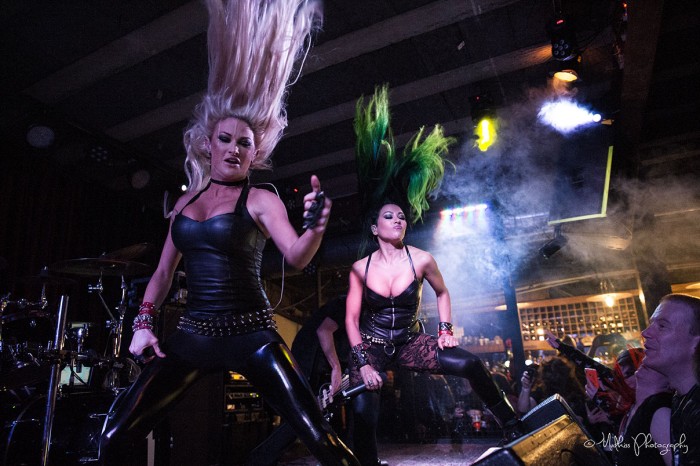 Swansea welcomes some seriously loud metal and Louder Than War reviewer Ioan Humphreys was there to get covered in beer, sweat and long hair, whilst photographer Melanie Smith captured the wild action the following night in Manchester.

I arrive late not realising there was another band on early. Sorry ‘One Last Run’! However, I get to see the wondrously named local band Sodomized Cadaver in all their terrifying glory. Scary shit. I bloody loved every minute. Need to see this lot again! 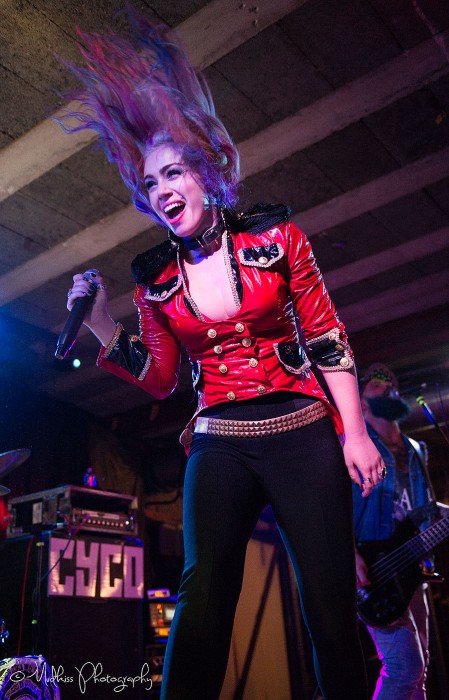 Sumo Cyco are up next and this Toronto four piece aren’t going to let this crowd just stand around and stare. Lead singer Sever (aka Skye Sweetnam) is one feisty front woman. She wastes no time whipping both the band and the audience into a frenzy. Their brand of punk rock metal has a No Doubt feel to it, but with a lot more balls and volume. They are LOUD. Some of their first tracks have a bit of call and response and its not long before Sever is in the crowd. She stalks the venue singing into punter’s faces and dancing suggestively. At one point she is singing on top of my table and nearly spills my pint!! The cheek! They launch into a cover of RHCP’s ‘Give it away’ and it’s well received by the crowd. Then the guitarist comes out and Sever is suddenly on his shoulders. This band are no wallflowers. The ferocity of this band is also impressive. At times the music is SOAD heavy and this shows with the banging heads. Next up is a great tune called “Move Mountains” that they recorded with Skindred’s Benji Webbe. This makes absolute sense. What a tune! And you can just imagine Benji being there doing the Newport helicopter (look it up). And with that Sever is out in the crowd again and standing on my sofa (watch my pint!) and then back into the crowd and dancing. Then suddenly the lead singer of Sodomized Cadaver drops to the floor and pulls some sick break-dance moves right there in the lager in front of Sever! This is a great gig! They leave to lots of applause. I think Swansea would like to see this lot again. 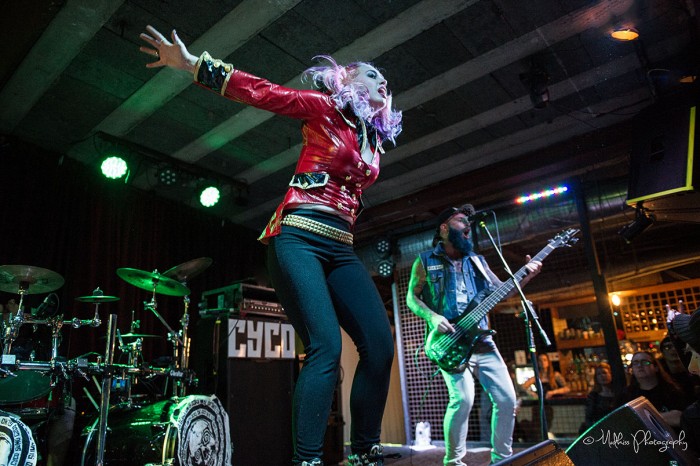 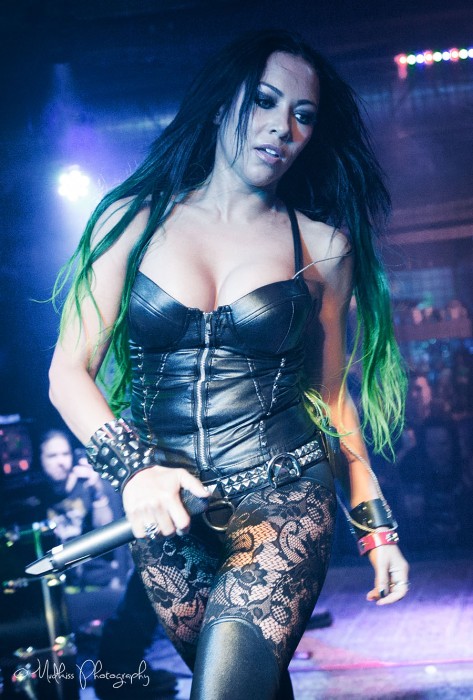 Finally we get the headliners Butcher Babies and the crowd are ready. The band start with a ferocious riff and suddenly on bounce Carla Harvey and Heidi Shepherd whipping their hair around and screaming in our faces. Both are wearing not very much and this definitely goes down well with everyone, girls and boys. The dual action vocals work a treat and there is plenty to look at with both singers prowling the stage and goading the audience. In fact, they wont leave the audience alone. They want a circle pit. They even want stage divers. This lot seem to love chaos and its great. Most of their material is from their 2015 long player ‘Take it like a man’. And they are HEAVY. I can hear Slipknot, SOAD and Marilyn Manson (with whom they have toured) influences there. The mosh pit is slowly getting stickier and slippy and then suddenly my full (!) pint goes flying, covering everyone. But there’s no let up with the intense riffs that are coming from the stage. As the encore arrives and pummels us to submission, there are very sweaty and happy punters leaving the venue with both the singers’ voices ringing in their ears. I don’t think the Butcher Babies will be going anywhere fast, and I think in a fuller venue, there would be absolute mayhem. Nice! I cant wait! 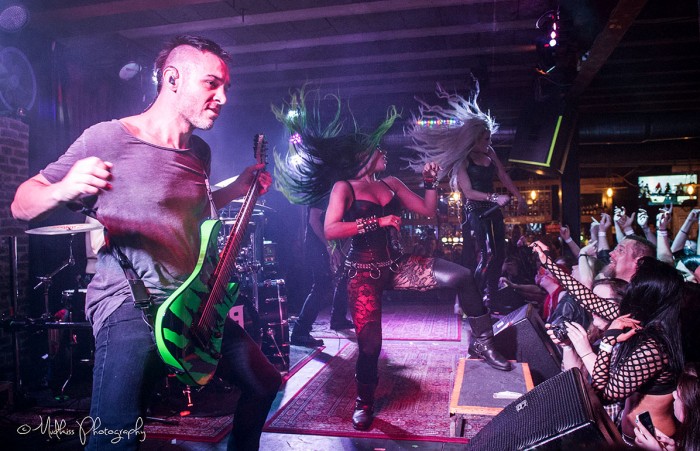 Use of these images in any form without permission is illegal. If you wish to use or license any images, please contact mel@mudkissphotography.co.uk