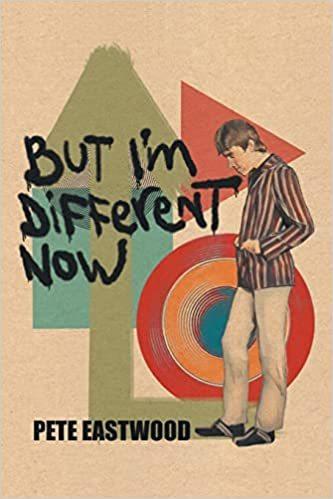 “I have always felt that I have had a very eventful life so far, I love life and value every single day. Friends have tried to talk me into putting my stories to print in the past, but I have always laughed this off. But when we found ourselves in our first ever lockdown, I ordered nine Pukka pads, a large amount of pens, and sat in our garden summer house every day and scribbled my life memoirs, to the best that my 57-year-old memory allowed. Yes, this book is about my weird obsessions, my deep love of music, and the unusual situations that I have always found myself in. But overall it is about the lifelong friendships of a group of Northern folk growing up in the 1970s and beyond. From life-changing discoveries in my pre-teens to life and death decision making in my later years, the overwhelming conclusion of my story is that I am truly blessed and even though things in my life have not always gone to plan, I am blessed” – Pete Eastwood

Clocking in at nearly 700 pages this is a hell of a book. Thicker than your average, old fashioned telephone directory, it could do some serious damage if intended and propelled with force. It’s a weighty tome, which is fitting for an autobiography of someone who has lived a life and thankfully is around to tell the tale. Whether you’re of a ‘certain age’ (as I am) or not I’d suggest its relatable to most people who will be reading this review.

I do owe Pete an apology. But I’m Different Now was published back in January but it’s taken until now for me to finish the book and condense the copious notes I’d made while reading it. I guess it’s his own fault for having such a great memory and being able to thoroughly engage the reader! I’m 5 years younger than the author yet there are so many memories, especially in his formative years which could be my own. I realised though I was literally just lifting sections from the book and summarising what Pete had written, which kind of defeats the object of a review; and really should be read ‘first hand’. That said, it contains impeccable accounts of junior school and childhood; the well-trodden Northern traditions of visiting Blackpool Illuminations and Doctor Who Exhibition in the 1970s run parallel with my own. Things really kick-off (no pun intended) though when Pete begins to watch his beloved Blackburn Rovers and discovers music and fashion, especially The Beatles, The Jam, The Kinks and Mod culture; as you may well expect from the cover. In fact, all but one of the first 12 of the 45 chapter titles are taken from Weller’s first two bands.

Anecdotes come thick and fast, the clarity in which they are relayed put you ‘in the moment’ to the point you can imagine being there; for example, being hit by a poorly aimed drum stick thrown by John Mather of Buzzcocks; wearing a malfunctioning snorkel jacket when trying to get 18 certificate film or throwing impromptu parties which lead to unexpected house guests and stolen records/possessions. If you’ve not been there, you sure as hell know someone who has. You’ll be laughing one minute, cringing the next. I for one will not now be able to listen to one of my all-time favourite albums; Everything But The Girls’, Baby The Stars Shine Bright; without thinking of how Pete ‘raised’ the necessary funds to buy his copy. At this point, as Pete is turning 20, quite fittingly, we are only a third of the way into the book.

After the first flushes of youth, life becomes more real with a more ‘grown up’ tone. I guess this is the tricky thing, I could go on giving you a breakdown of Pete’s life, but I don’t want to summarise his story in a review. Clearly, that wouldn’t do the book justice and it’s not my story to tell. What I can say, however, is it’s a rollercoaster of a ride, a tale of some amazing experiences, family ‘drama’ and relationships with life-threatening illnesses along the way. As you read it, you’ll feel you’ve known the author most of your life. It’s written in a friendly, conversational tone which leads you to believe you’re just listening in to casual conversations over the dining room table, or in the pub.

One of the things I particularly love about But I’m Different Now is that Pete comes across as an ‘everyman’. Whilst his career has taken him from the local factory, to being a successful ‘Learning Mentor’ and a well-respected face in the local/regional Music Industry with an all-consuming passion as a promotor, event manager and occasional artist manager, he has remained grounded. There are so many magical moments recounted (Pete Doherty and Paul McCartney to name two) that any music fan would give their right arm for, but at no point do you begrudge the author. This isn’t a book screaming ‘look at me’, courting celebrity, it’s more ‘this has been my life (so far)’; and is presented in such a way that his daughter, Emma Leah, and any subsequent generations of Eastwoods will have a lasting memorial of an honest hardworking man.

They say that everyone has a book in them. Pete has more than one. This is a must-read, which will have you laughing, crying and punching the air. 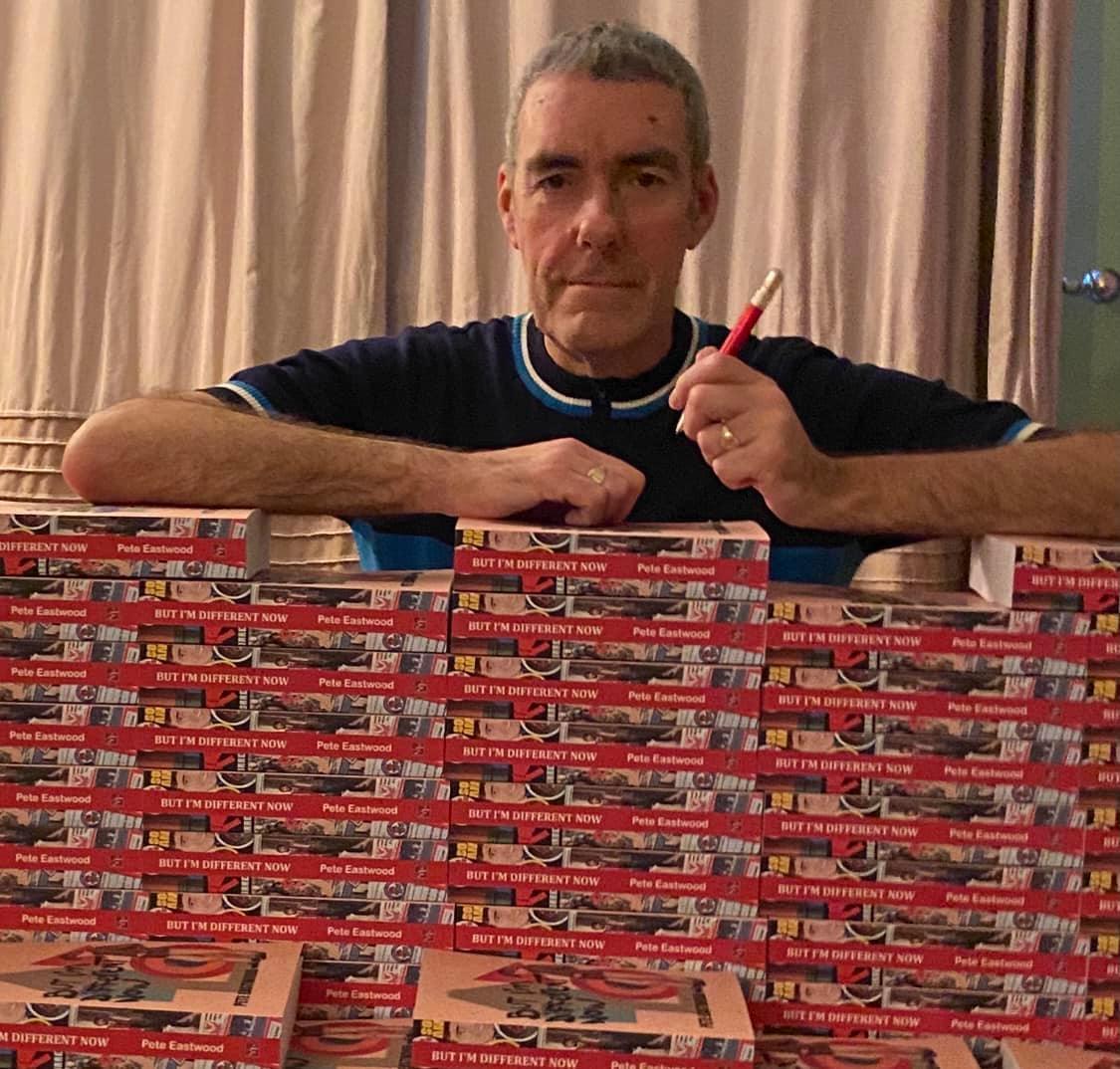