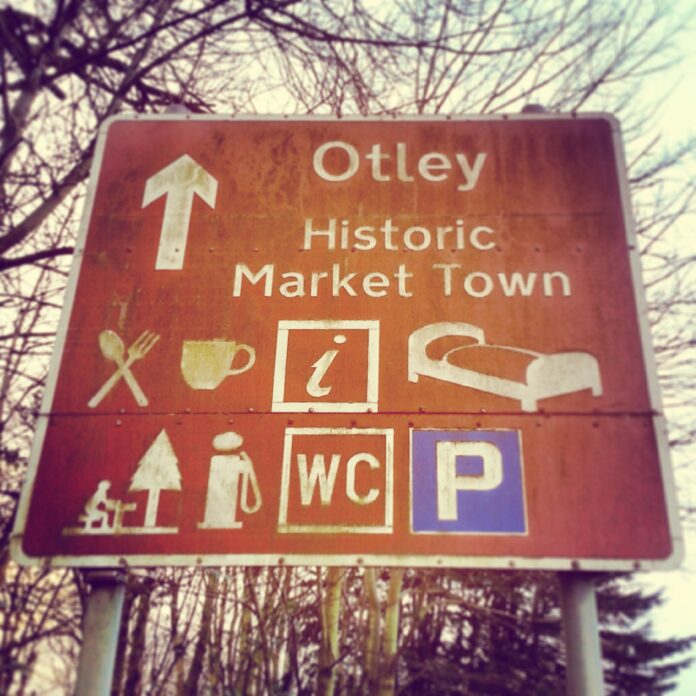 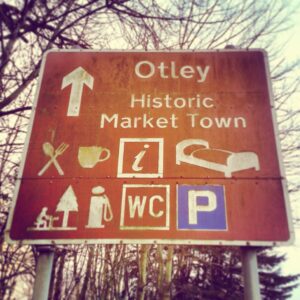 The grassroots music scene is alive and kicking in Otley. Sean Hornby introduces us to his local scene.

With a population of about 14,000, Otley is a small historic market town situated nine miles North West of Leeds famous for being the birthplace of Thomas Chippendale and more recently Olympian Lizzie Armistead.

Like the rest of the country the recession clearly had some impact upon the town, shops closed, pubs which were so vital to the community were boarded up and tumbleweeds were observed rolling along the main strip of Boroughgate (this last fact is made up but you get the idea). Thankfully the town has picked itself back up, shops are bustling again and the pubs are back in full swing serving locally brewed real ale. Situated at the bottom of The Chevin, a wooded steep ridge with rocky outcroppings, the town is picturesque with easy access to Leeds, Bradford and Harrogate.

And it is in this small and sometimes overlooked town that the rock and roll dream is being kept alive by a bustling community of like-minded souls, and if there is one aspect of the town that has thankfully remained steadfast throughout the difficult times it is the art and music scene.

For a town the size that Otley is it has a veritable smörgåsbord in relation to live music and this only appears to be building momentum. In recent times Otley has played host to a number of well-known artists and up and coming acts, only a few weeks ago Ultrasound announced a spur of the moment gig as part of the early Sunday evening session All Done for 9 held at the popular music venue Korks. Judging by comments on Twitter the band “ripped it” and the audience “kicked arse”.

Although a relatively small venue Korks has hosted a number of other well-known artists including Chumbawamba, Ian McNabb, Tom Hingley and Mark Morriss as well as having future bookings for Chantel McGregor, Serious Sam Barrett, Mike Peters, Kirk Brandon and, err, Hue and Cry.

Otley Courthouse is perhaps the town’s equivalent of the Holmfirth Picturedrome or The Trades Club at Hebden Bridge. At present it is the largest venue in the town and the building is steeped in history due to its past usage, you’ll find a wide range of culture there from Vietnamese Folk to established acts such as Cerys Mathews. The backbone of the venue is of course the volunteers who give up their own time so that others can absorb a bit of culture in whatever format it may be.

Local legend George Holmes ran his incredibly successful Courthouse Rocks night at the Otley Courthouse, the much loved night hosted Puresscence, Doyle and the Fourfathers, Hey Sholay, The Chevin, Janice Graham Band and the now sadly defunct but much loved The ABC Club amongst others.

George pulled the plug on the night at the height of its success and has since ventured into the world of gig promotion with his GEHO Events business. Again, this Otley based enterprise has been a roaring success so far with George booking a wide variety of acts including Delphic, Goldie Lookin’ Chain, Ian Skelly, JAWS and The Book Club as well as a plethora of “going to be big next year” acts, John lennon Mccullagh being a prime example. His first music festival LS21 LIVE 2013 which took place on the grounds of the Otley Rugby Union Football Club last May was headlined by Reverend and the Makers and was very well received as well as being another boost to the local economy.

George had this to say, “I think it’s incredibly important to have a vibrant music scene in a place like Otley, there’s a wide age demographic in the town, not everyone is able to travel into the city all of the time so creating our own music scene was vital, it’s where ideas are formed and bands emerge from.

“We had great success with LS21 LIVE 2013 which was headlined by The Sunshine Underground and Reverend and the Makers but we also had a lot of other local bands playing which was a great opportunity to showcase local talent. Events like LS21 LIVE bring visitors and money into the town; it’s great for the local economy and local business prospered last year because of the festival.

“I’m really excited about LS21 LIVE 2014, I think people will be really impressed with the line-up and once again it’ll be a great opportunity to show off the town to the world once again.

“Once the Otley Civic Centre is up and running again the town will have a fantastic mid-sized venue which should hopefully be utilised to its full potential.”

Another major success to come out of the town has been alt rockers The Chevin (named after the aforementioned woodland) who are currently enjoying some much deserved success in America where they’ve been doing that thing that a lot of English bands shy away from, touring their backsides off. Their graft has clearly paid off in dividends with ever increasing capacity shows and a high profile appearance on the Late Show with David Letterman.

It’s not all about pop and rock though, the town is home to the Black Sheep Otley Folk Festival which takes place annually in September and has been doing so for over 20 years now, the festival brings people in from all over the world to enjoy a full weekend of entertainment, mirth, mayhem and of course some fine ale.

Established artists from the mysterious world of folk music descend upon the town and make sure the revellers are kept entertained. Don’t be put off but when the festival takes place the town has as somewhat Wickerman feel to it (thankfully without the human sacrifices). Weird and wonderful creatures prowl the streets bursting into song, Morris Dancers (the very acme of rock and roll) parade their stuff and of course glorious ale is consumed.

The Otley Folk Club is another venture that is bordering upon being a local institution with people travelling great distances to attend the sessions. Although his main love may be for a bit of death metal local man Rob Fearnley has been involved in booking some of the artists for the Folk Club.

Rob had this to say, “I think that people these days are looking to get better value for money and are probably looking for a bit more of an experience when it comes to live music. Unless you’re a well-known promoter it can also be tricky getting into the bigger more established venues.

“There’s lot’s going on in places you’d probably never instantly think of, places such as Driffield or the Caroline Social Club in Saltaire. The gigs also appeal to a broader range of ages and you never seem to get the same kind of night twice.

“There’s also a good community spirit about these nights, obviously they are a great place to meet other like-minded people. I think it’s pretty special.”

Rocca Bar is another hidden gem situated behind the back of Otley bus station. It’s a small venue; perhaps 100 sweaty revelers will fill the bar which in turn creates a vibrant atmosphere. In the latter stages of 2013 the venue hosted shows by Chris Helme, Mark Morriss (he clearly can’t get enough of Otley having also played at LS21 LIVE last year), The Dunwells and Northern Uproar.

The Woolpack Music and Arts Centre is a relatively new but much welcomed addition to the town and it features a professional recording studio as well as educational facilities which will hopefully encourage the next generation of musicians to develop their confidence and ability further. It’s also the home of the almost world famous Otley Ukulele Orchestra!

Though close by Leeds may have the bigger venues and the bigger names it is small towns like Otley where live music truly threads the community together, a place that has its own identity, unpretentious and unapologetic in not trying to be something it isn’t. If there was to be a top ten of the most rocking small towns, Otley would certainly be a strong candidate for the top spot. With gigs taking place most nights of the week in some form or other it’s no wonder that bands and artists who dip their toe into the music scene in Otley return again and again.

Maybe the same can be said about where you live too. Remember to please keep supporting live music at local grassroots levels, get involved and cause a happening. It’s in your hands.

All words by Sean Hornby. You can read more from Sean on his Louder Than War author profile.