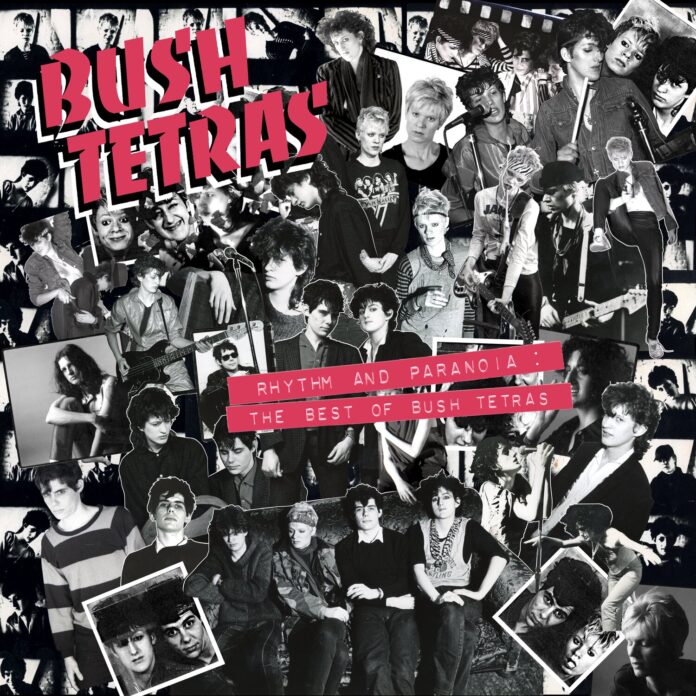 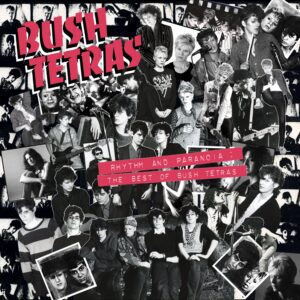 Bush Tetras – Rhythm and Paranoia: The Best of Bush Tetras

Bush Tetras’ Rhythm and Paranoia proves the no wave music of New York City is alive and pulsating.

With this 3xLP album box set, Bush Tetras at once remind us of the breadth of their work with the lineup and influence shifts over time, while also revealing that powerful music never really changes—it persists. Bush Tetras formed in 1979 shortly before their first single was released on the storied New York City label 99 Records (and it’s “nine nine,” not “ninety-nine,” just in case you needed to know). That single, Too Many Creeps, launched the band to a kind of underground fame. In 2019, shortly before the pandemic struck, NYC’s cinema bastion Anthology Film Archives screened a “Post-Punk Extravaganza” of music videos and visual performances, featuring songs like The Raincoats’ Fairytale in the Supermarket, ESG’s Moody, Pylon’s Beep, Einstürzende Neubauten’s Yü-Gung, and LiliPUT’s Beri-Beri. What was at the top of the list? Bush Tetras’ Too Many Creeps, naturally. You can’t talk about New York City and post-punk without this song.

As you might have already guessed, the first Rhythm and Paranoia LP jumps in with Too Many Creeps and features tracks from the band’s original lineup: Pat Place on guitar, Cynthia Sley on vocals, Laura Kennedy on bass, and Dee Pop on drums. The singles, EPs, and albums represented include Things That Go Boom In The Night, Rituals, Can’t Be Funky (all on Fetish Records), and Wild Things (on ROIR). Topper Headon of the Clash produced that Rituals 12” EP in 1981. While the EP was released on Fetish in the UK, it appeared on the glorious Stiff Records in the US that same year.

In collecting songs for Rhythm and Paranoia, memories of early Bush Tetras gigs emerged for the band. “The recordings we did in Surrey, England of Das Ah Riot and Boom in the Night were very memorable,” Cynthia recalled. “Boom in the Night was about losing our friend George Scott. We definitely felt the ghost of him in that old haunted barn we recorded in. The live recording of Cold Turkey brought back memories of how cold and empty the Rainbow Theater was. The audience even started small fires in the hall to warm themselves! No lie!” For Pat, too, the archival work of putting together the box set brought back memories. “Too many and where to start!? It’s been a long, wild ride!” 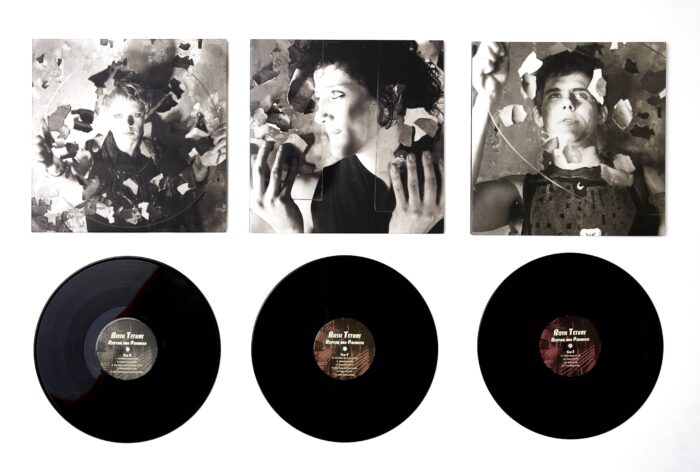 After recording Wild Things in the early 1980s, the band members parted ways, only to find one another again in the later 1990s. In a 2020 interview I did with Dee, he recalled how difficult it was to make the album that came out of that reunion, Beauty Lies on Tim/Kerr Records. “It was really, really scary how far apart we had grown in musical tastes,” Dee said, and described it as a “confused record.” Yet in the present, listening to those songs in the context of the larger Bush Tetras oeuvre, it all seems to fit. Indeed, with Rhythm and Paranoia, before you know it you’ve made your way seamlessly onto the second LP of the box set. It prominently features a number of tracks from Beauty Lies like Page 18, Color Green, World, and an alternate version of Mr. Lovesong.

The third Rhythm and Paranoia LP takes listeners into the later years of the Tetras with tracks from the album Happy on ROIR, their EP Take The Fall on Wharf Cat Records, and the unbelievably good single There Is A Hum on Third Man Records. By the time the band had reunited again in the 2000s for Happy, original bassist Laura Kennedy had passed away. Val Opielski joined the Bush Tetras on bass for the band’s rebirth, creating sounds that at once hearkened back to the early no wave years while resounding into the twenty-first century future. Beyond the box set LPs, two digital-only tracks include a cover of the Velvet Underground’s Run Run Run live in San Francisco, and a brand-fucking-new track Cutting Floor. Yes, yes, yes.

Plans for this box set had been brewing for quite some time, especially since the Bush Tetras performed their 40th anniversary gig at New York City’s Le Poisson Rouge in February 2020. Cynthia explained that the band wanted “to put all our best songs in one place,” and most certainly, that description sums up the must-have collection that is Rhythm and Paranoia. “We were very happy working with Wharf Cat Records on the Take the Fall EP,” Cynthia said, “and approached them. We chose the songs we still perform and what we felt were our best from each decade.” Pat added, “most of our albums and CDs are no longer available, so to take what we felt was the best of from all of the various recordings gets the material back out there. And as Cynthia said, we love working with Wharf Cat Records. We will eventually get all of the original albums out again via Wharf Cat and their distribution company Secretly Distribution. In the meantime, we feel the box set is a great representation of our 40 years of material!” 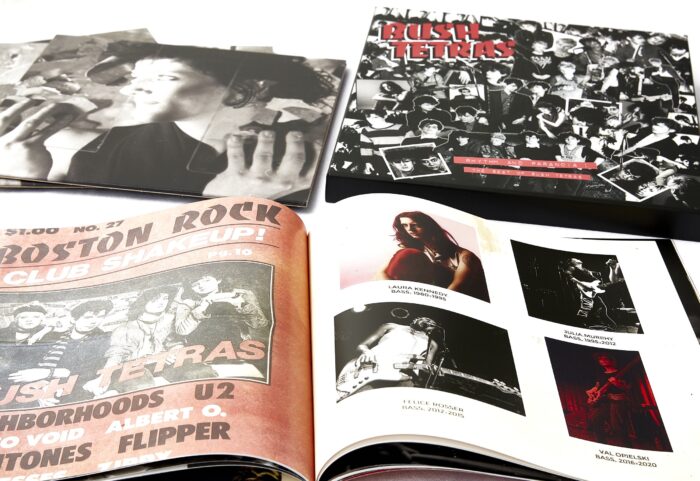 The book that accompanies the box set is full of so much incredible music history. I think I recognise some ephemera from Dee’s personal archive, along with full-colour reproductions of the band’s discography and those gorgeously-designed sleeves. Many of those sleeves play with the typeface Banco, which originally appeared with cutout slashes on the band’s Too Many Creeps 7″ single and came to represent Bush Tetras visually on zines, advertisements, and covers for Things That Go Boom In The Night, Rituals, and There Is A Hum. Essays and recollections abound in print across the book from eminent musicians like Topper Headon, Nona Hendryx, Thurston Moore, Hugo Burnham, and Felice Rosser, along with gloriously printed photos by Bob Gruen, Lisa Genet, and more.

Shortly before the release of Rhythm and Paranoia, the band’s original drummer Dee Pop passed away. “It was very joyful and exciting, actually, working together to choose the songs and photos. But the last month has been very bittersweet having Dee get ill and pass before the actual release of the box set. That has caused a lot of sadness,” Cynthia expressed. “He would have loved this moment,” Pat added.

In so many ways, the Bush Tetras are New York City: taking on new influences and sounds as time moves forward while reminding us that the beat of the city remains a constant. With Rhythm and Paranoia, the band cements its legacy as a group of musicians who best conjure the rhythm and discord, serenity and cacophony, and intertwined hostility and love that emerges, always, from New York.