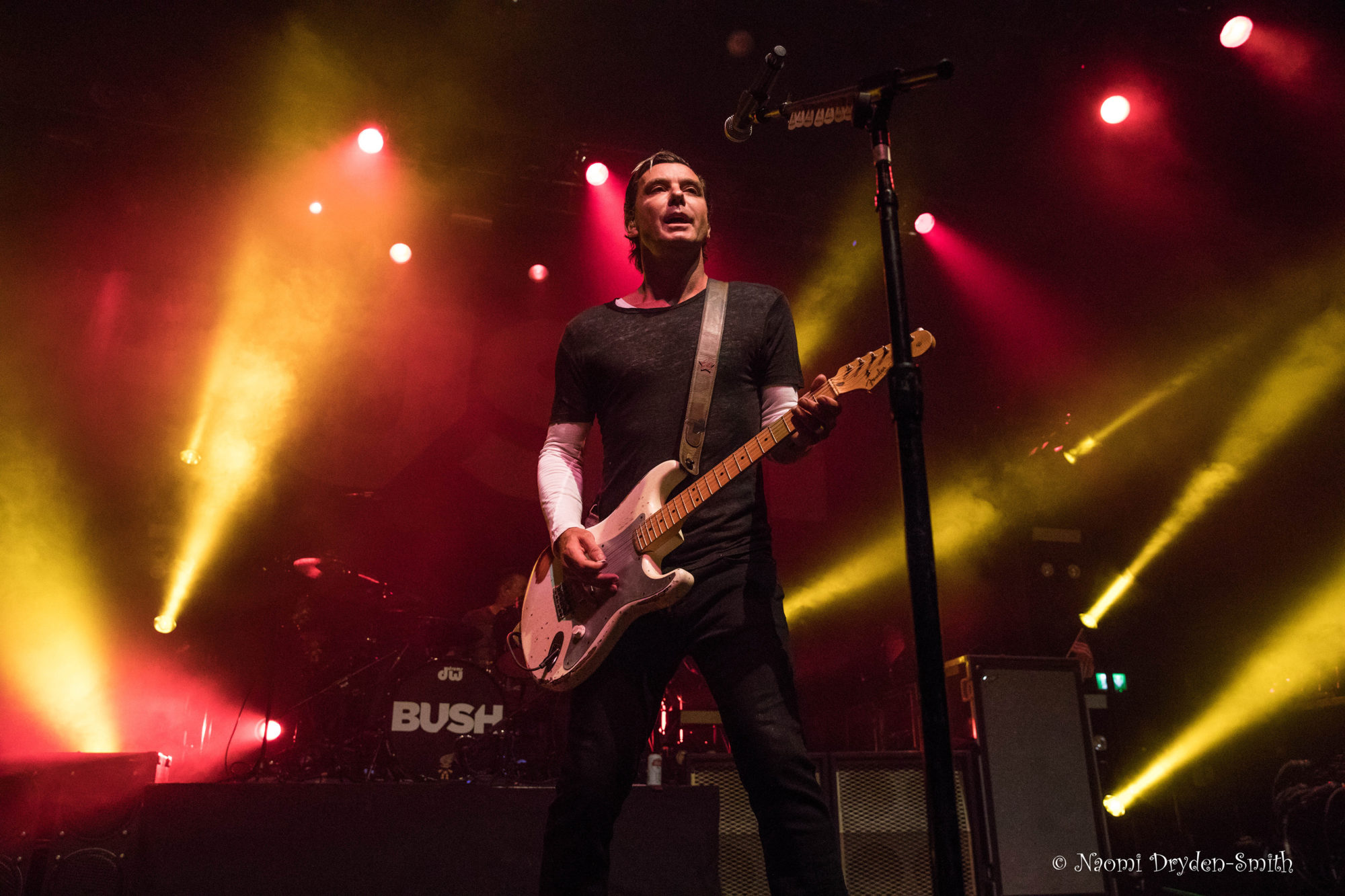 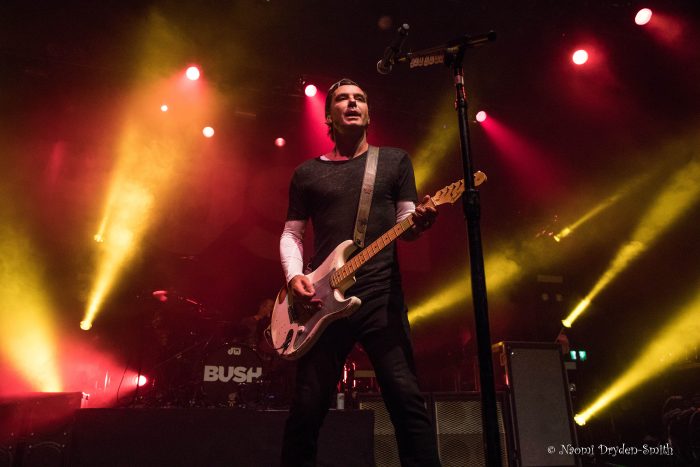 British rock band Bush kick off a two-month European tour with a date at London’s O2 Forum, Naomi Dryden-Smith went to see them for the first time in nearly 20 years

Bush’s uphill struggle for success in the UK is well documented. In the 17 or so years since they were supported by lesser-known acts like Muse, Gavin Rossdale has become better known for his personal life and his role of judge on The Voice, whilst Bush have been largely ignored. Hard to say why this is – the public school background? No doubt (sorry) their success in the States, selling over 10m records in the 90s alone – hasn’t helped, grating on British sensitivities about the way things should be done. They certainly owe much to Nirvana, which has riled critics – but then so do Foo Fighters. 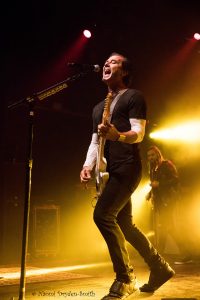 These days the band is half original members Rossdale and drummer Robin Goodridge, with Corey Britz and Chris Traynor on bass and guitar. They launch straight into the grunge fury of Everything Zen from their debut, and arguably finest, album Sixteen Stone. The positioning of new song Nurse between this and The Chemicals Between Us, from the underrated Science Of Things, is to its detriment, weakening it and making it instantly forgettable. The start of the show feels slighty underpaced, however things pick up again with the growling “make up your mind” of Greedy Fly. Rossdale starts to interact a bit more, rasping his way through The Sound Of Winter, jumping down and reaching into the crowd during The People That We Love, before launching into the Pixies-flavoured Swallowed, as good as ever, missing John Tulsford’s extra edge but Traynor does a good job. Beer gets thrown.

There’s a sense of homecoming to this gig, albeit it’s not quite Shepherds Bush this time – Rossdale stating in his now American-tinted accent that “it’s been a rough time recently, it’s good to be in London”. The highlight of The Little Things is Rossdale’s habitual foray into the centre of the mosh, as he disappears into a forest of smartphones, a bronzed sweaty god emerging from a powerful crowd surge. Even up close, he doesn’t appear to have aged at all – the LA lifestyle definitely suits – and he has limitless energy on stage, still very much the charismatic frontman. There are debut performances of thrashy This Is War, which is well-received, and the more poppy Let Yourself Go, surprisingly not played live before, with its Cure-Fascination Street baseline and No Doubt influence.

The encore is strong, featuring an energetic classic Machinehead followed by the band’s great cover of REM’s The One I Love. Rossdale takes to the stage solo to perform old favourite Glycerine, slowing the pace, before finishing with the grungy Comedown, and we’re full circle back to Sixteen Stone. The home crowd is happy. It Letting The Cables Sleep would have topped it off but apart from that, everything’s pretty zen. 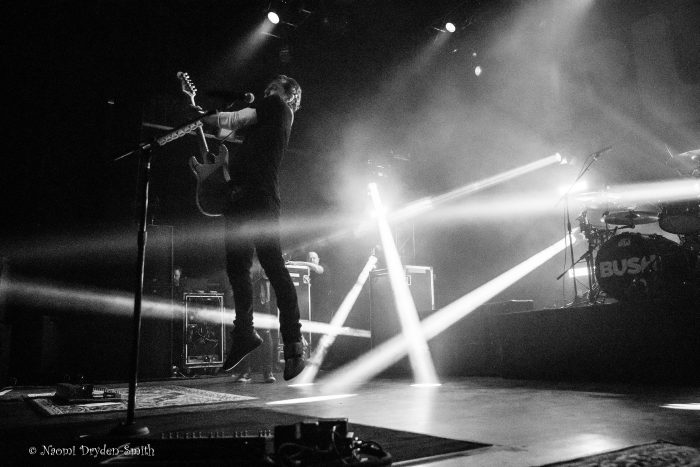 Bush’s latest album Black And White Rainbows was released on 10 March 2017. You can keep up to date with Bush on Twitter, Facebook and their official website