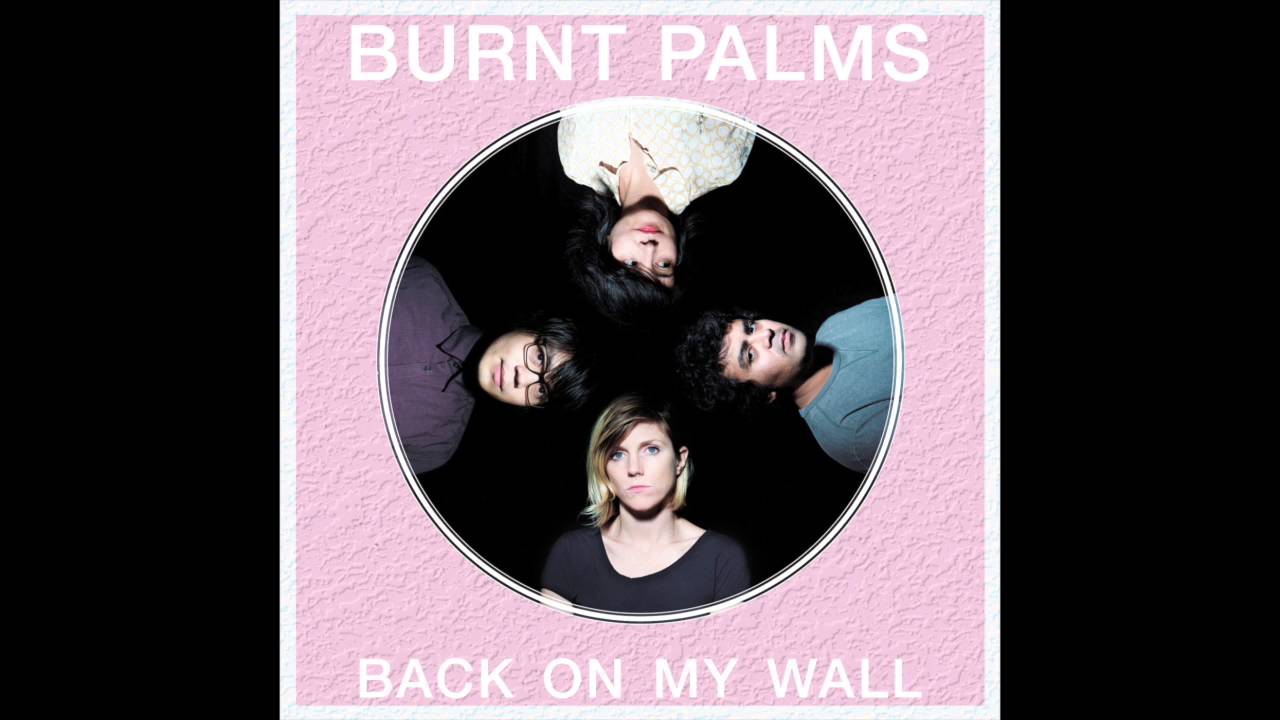 Burnt Palms – Back On My Wall 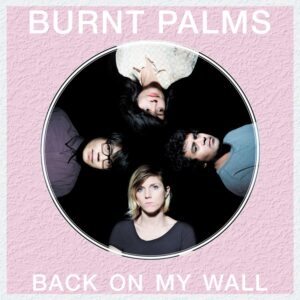 (We Were Never Being Boring Records)

Fuzzed-out guitars, rumbling basslines, rattling drums and world-weary, lovelorn lyrics. So far, so grungy. But get out of the city and head to the seaside for some fresh air and fine surf. Let the waves wash the grime off those tunes until they shine like the pop jewels they always were, deep down. Grunge, indiepop and surf: they’ve always been the fundamental elements of the Burnt Palms sound – to my ears anyway – and the band’s third long-player, Back On My Wall, sees these three strands woven together to even greater effect than on its predecessors.

Key to this, it’s fair to say, has been the addition of an extra set of hands and ears in the shape of a second guitarist, Joshua Vazquez. He joins the existing trio of Riley, Clara and Brian, bringing with him a new sense of invention and allowing the band to really beef up their sound. Not that the other three have been content to sit around watching him do it. They’ve all stepped up a gear, Clara’s terrific drumming in particular is a standout feature throughout this record, giving the material an urgency and ferocity that immediately elevates it over previous outing The Girl You Knew. Production-wise there’s been further improvement – the Palms and recording collaborator Gary Olson have really got to grips with capturing the BP sound.

All the essentials remain in place, but sound all the better for a bit more attention to texture. Riley’s turbocharged guitar chords still give the songs their weight, but she increasingly knows when to take a step back and create some space, as on the superb Nothing to Me. The twelve tracks are tastefully decorated, with just enough of a secondary guitar flourish here and a jangle of tambourine bells there. Great deployment of backing vocals also abounds, on No Goodbye and Over for example, while touches like the boogie chords early on in Last Time demonstrate a willingness to take a break from the fuzz-pop formula every now and then.

Lyrically, Riley continues to pick over the remains of lost and failing loves in her cool, seen-it-all tones, although in standout track 31, she addresses the shifting perspectives that come with age. It’s a glorious song that evokes the classic girl-group sass of C86 figureheads like the Shop Assistants, whose spirit stalks a number of the tracks here, not least in those tub thumping drums and amp-ripping bass at the start of Fold.

To summarise, then, if you’ve enjoyed Burnt Palms records in the past then you’re really, really going to love this one. If they’re a name that’s new to you, jump aboard. You’ve picked a great time to start.

All words by Glenn Airey. Find more of Glenn’s writing for Louder Than War here or follow him on Twitter @GlennAirey