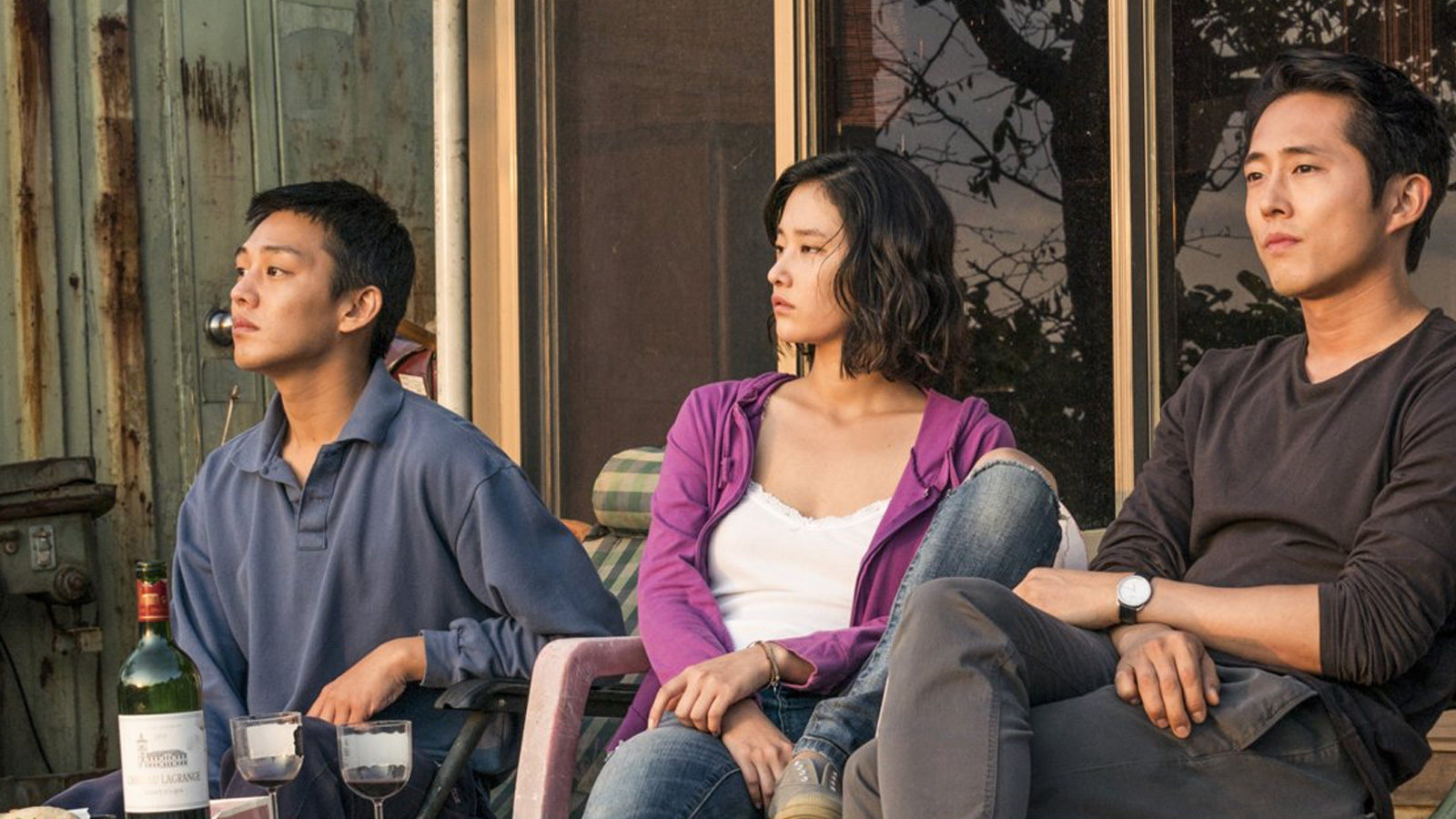 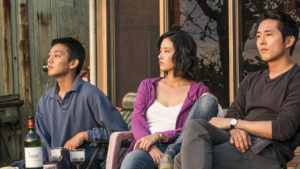 An adaptation of a Haruki Murakami short story, Chang-Dong’s Oscar nominated feature distils the mystery and magic of the celebrated author’s prose, transposing the narrative to contemporary South Korea.  Lee Ashworth finds himself searching for lost cats and meaning in an unusually beguiling tale.

Paju, South Korea, in what appears to be now.  Lee Jong-soo (Ah-in Yoo) runs in to his former classmate, Shin Hae-mi (Jong-seo Jeon) working at a tombola concession in the city.  All well and good except he does not recall her being his neighbour or classmate.  She reassures him that she has had plastic surgery and this is the first indication that in Burning, people and places shift, not just in terms of their appearance but also in terms of their ontological status.

As the narrative progresses, insofar as it can be said to progress at all, Chang-Dong uses disruption of the narrative structure and subversion of the audience’s expectations as the main means of creating tension and ratcheting up the drama in this film that is far from conventional.

Jong-soo and Hae-mi soon sleep together, before she leaves him to feed her cat while she takes a trip to the Kalahari desert.  Hae-mi’s place is a cramped bed-sit but nevertheless the cat remains invisible, its excrement in the litter tray the only evidence of its existence.  Hae-mi eventually returns but with the mysterious Ben (Steven Yeun) in tow.  Smiling smugly and saying little, enter the young Gatsby figure, refusing to be drawn on his precise relationship with Hae-mi and refusing to elucidate on how he has acquired his wealth.  The relationship between the three becomes the central focus of the film, their relative silence in each others’ company and their staring into the middle distance deepening the sense of mystery with a light touch that invites the audience to step in and do the leg work.  Using Murakami as his base, less is certainly more in terms of the richness of the narrative presented by Chang-Dong.

In the central narrative, Ben confesses to having a penchant for burning down greenhouses every couple of months, insisting that his next crime will occur very soon and very close to Jong-soo’s family farm.  Maintaining the farmstead while his father is in prison, Jong-soo begins obsessively patrolling neighbouring greenhouses in the hope of averting the impending burning.  Meanwhile, Hae-mi, like her cat, has also disappeared and Jong-soo becomes ever more convinced that Ben is responsible.

Throughout the film we follow Jong-soo, expecting a conflagration around every bend in the Korean countryside.  When the burning of the title does occur, it is not what we expect at all and we are left wondering how this fire started, in a wider sense.

The key scene in Burning comes early on in the first portion of the story.  Over a restaurant table, Hae-mi is miming the peeling of an orange.  Don’t try and imagine an orange, she urges, jus forget there is no orange there.  The cat and then Hae-mi herself go on to embody this challenge as the mystery deepens and we become more invested in Jong-soo’s dislocated pursuit of… of what?  A struggling aspiring writer working odd jobs whilst his father awaits trial in prison, Jong-soo chases Ben around town, his battered and rusting white farm truck keeping a careful distance from Ben’s Porsche; Hae-mi, the cat, the novel that he never quite begins to write, the greenhouses that remain unburned, the father who remains in prison, out of the loop while Jong-soo waits for the disparate strands of his life to coalesce into his own hardened identity.

This is a coming of age film where the protagonist wrestles with his own ontology as he becomes alienated from the world around him.  It may be only loosely based on Barn Burning by Murakami, but its interpretation of the key themes and preoccupations of the writer are authentic, especially in the coming of age aspect.  Although, for Murakami the central protagonist usually comes to a threshold in life, suddenly divorced from intimate connections with the world and often in their thirties, his characters undergo the kind of transformative rite of passage normally associated with adolescence as identity and resolve are thrust into the foreground after a period of existential contemplation.

All three of the main performances are entwined with an enviable chemistry.  Lee Jong-soo’s dawning devotion for Hae-mi is played with the naivety of youth by Ah-in Yoo, his face inviting the camera ever closer to offer us glimpses of his restrained wonder at the paths his life is suddenly taking, he is contemplative and passively brooding throughout.  Jong-seo is wildly unpredictable as the illusive Hae-mi, the beating heart at the centre of it all, the dazzling counterpoint to Yeun’s suave Svengali of detachment.

The cinematic range of the film is impressive.  The story and settings possess an intimacy, moving between the city, Jong-soo’s farm close to the border where the propaganda broadcasts can be heard and the immediate barren countryside of dirt tracks, reservoirs and greenhouses.  The locations are not inherently or conventionally cinematic and yet there is a quiet, considered beauty in the details that elevates the work into something more rarefied.  Just as the characters aspire to be more than the sum of their parts, this is articulated in the tone of the film itself.

Watch the trailer for Burning here: