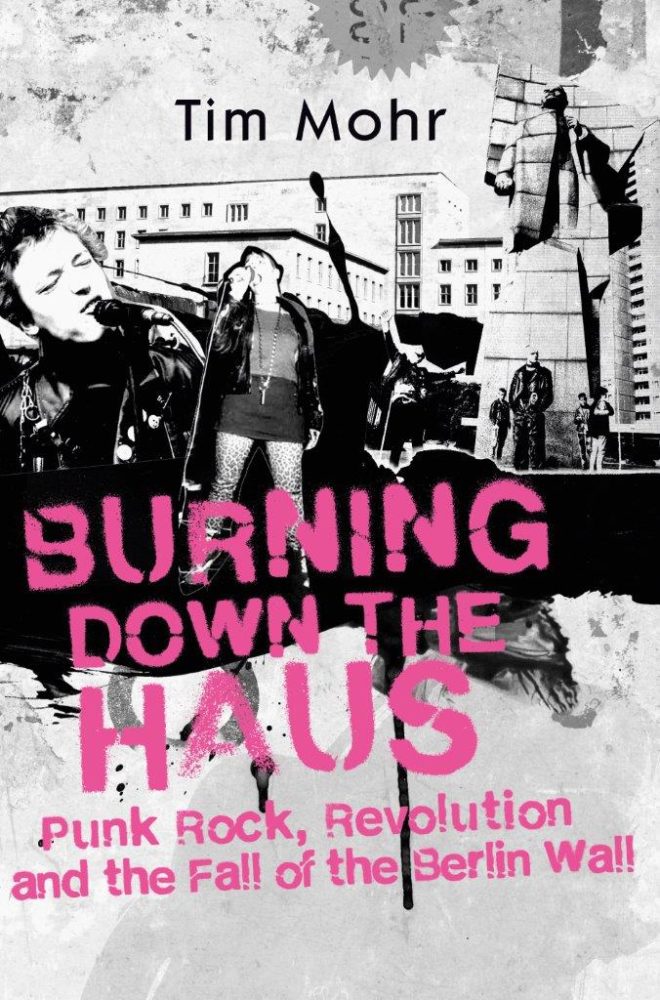 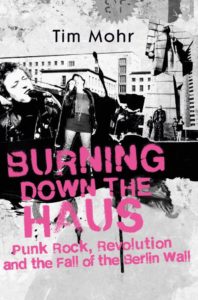 In time for the thirtieth anniversary of the fall of the Berlin Wall, 9th November 2019, Tim Mohr brings us the secret history of punk in the former East Germany.

Here in the UK, the four decades old debate regarding the roots of punk continues to rage; a Situationist prank orchestrated by Malcolm McLaren, aided by the likes of Sebastian Conran? Or perhaps an import from the USA, or the genuine sound of street rebellion, a grass roots desire to overthrow the musical status quo?

In East Berlin however things were very different. East Germany was a satellite state of the Soviet Union, it described itself as a socialist “workers’ and peasants’ state”. The economy was centrally planned and increasingly state-owned. Prices of housing, basic goods and services were set by central government planners rather than rising and falling through supply and demand; and were heavily subsidised. Being unemployed was illegal and could result in custody. Criticising the state, possessing records and books from West, even dressing in a nonconformist manner could result in arrest by the State secret police, the feared Stasi and lengthy periods in custody.

Despite this, perhaps because of this punk found a home in East Berlin.

It began with a handful of East Berlin teens who heard the Sex Pistols on a British military radio broadcast to troops over the wall in West Berlin, and it ended with the collapse of the East German dictatorship.

For this small group of teenager’s punk rock was life-changing: in an authoritarian state where your future was preordained, punk, with its rejection of society and DIY approach to building a new one, planted the seeds for revolution.

Through meticulous research Mohr has identified these teenagers, from the first punk, a 15yr old girl named Britta Bergmann who went by the name ‘Major’.

Major hacked off her hair, she adorned her clothes with safety pins, and inflammatory slogans and was duly reported to the Police by her teachers; earning Major her first night in custody and an official Stasi file in August 1978.

Others emerged, kids like A-Mich, Pankow, Colonel, and Kobs; these kids began to form bands, they also became more visible, and became a target for the Stasi. Mohr brings to life the day to battle to survive for this group of close-knit punks, describing how they were spied on by friends and family; how they were expelled from schools and fired from jobs; they were beaten by police and imprisoned. 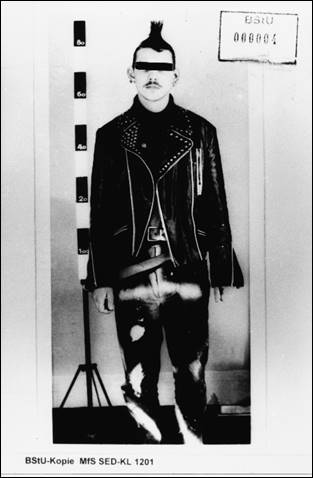 But instead of conforming, the punks with an unlikely ally in the Church fought back.

To perform in public musicians needed an approval licence from the State – that was never going to happen, so the Church using its ‘Open Work’ programme provided a platform for the punks to perform, this grew to become a network of churches in cities like Leipzig, Dresden, and Rostock. To combat this network the Stasi issued travel bans preventing young punks leaving their immediate home area, those that risked travel were met with lines of Police as they disembarked trains.

Despite this the punks continued in their struggle, cassettes of gigs were circulated, Western music magazines were smuggled into the country, bands built their own instruments, amplifiers were constructed from old radios. In April 1983 the first punk festival took place in the city of Halle, featuring bands including Planlos, Namenlos, and Müllstation. The Stasi, despite their best efforts failed to prevent that festival from taking place; however they took their revenge later that year when Namenlos appearring in Berlin launched into ‘Mfs-Leid’ witha lyric that compared the Stasi to the Nazi SS. Namenlos were jailed shortly after the gig, though all this did was to stoke the flames, artists protested in public, themselves then being held in custody; despite this the protests continued, it was clear to the State, the spark had been lit. 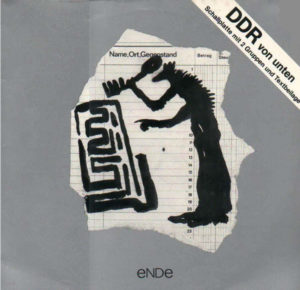 Eventually Erfurt based Schleim-Keim going under the assumed name Saukerle (Pig Brats) defied the Police, and the Stasi by having their music released via West German label Aggressive Rockproduktionen ‎on an album titled “DDR Von Unten” (”GDR From Below”). With songs again comparing the Stasi with Hitler’s SS the state reacted immediately, arresting band members, holding them in extended pre-charge detention.

Mohr chronicles the history of the punk movement in East Germany, the developments in cities like Halle, and Leipzig, and the creation of the Church Conference from Below which became an umbrella for other activists providing such basics as a photocopier to enable fanzine distribution.

Mohr writes with passion and a clear love for the music; he interviewed more than 50 of the key people involved, it’s clear he has a great deal of respect for them, rightly so; these were essentially teenagers who refused to escape or be forcibly emigrated to the West preferring to force change from within. Mohr makes the assertion that the books central characters should be credited for the protests ahead of the fall of the Berlin Wall, writing by October of 1989, “the groundwork laid by punks and other activists influenced by the punk mentality was becoming a magical, spontaneous, mass uprising, being joined by people from all walks of life…”

Burning Down The Haus is a detailed account of a largely secret history, a history of teenagers who picked up a guitar to challenge one of the most oppressive regimes of the time. Part cold war espionage thriller, part social history; it’s a genuinely compelling read that neatly brings together political history and cultural change, along with a raw and confrontational soundtrack.

About the author: Tim Mohr has co-written best-selling memoirs by Duff McKagan (Guns ‘n’ Roses), Paul Stanley (KISS), and Gil Scott-Heron. He is also an award-winning translator of German novels, including Why We Took the Car and Sand by Wolfgang Herrndorf, Wetlands by Charlotte Roche and The Hottest Dishes of the Tartary Cuisine by Alina Bronsky. While a staff editor at Playboy magazine, he worked with Hunter S. Thompson and Matt Taibbi, among others. His writing has appeared in many publications, including the New York Times Book Review, Inked and Daily Beast. Prior to starting his writing career, Tim spent the 1990s as a DJ in Berlin.