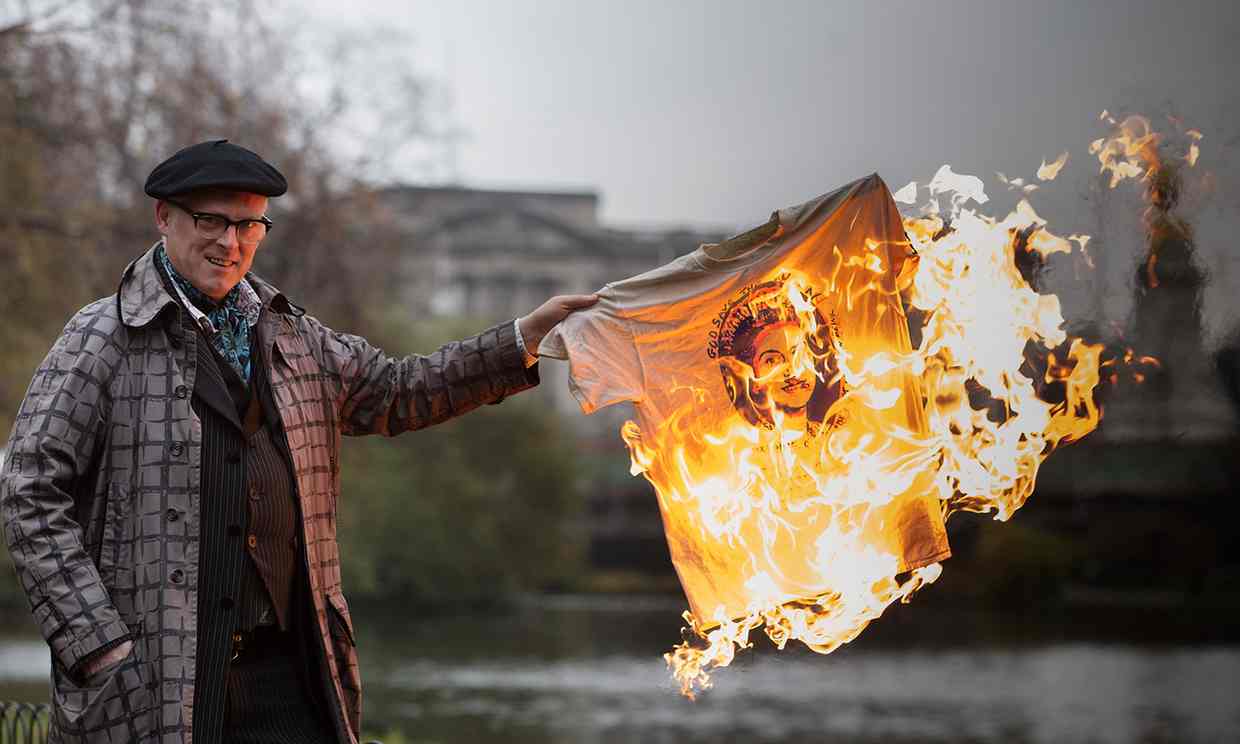 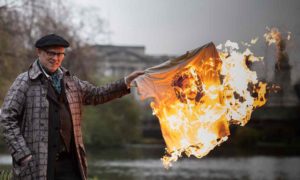 It is pretty tragic that the biggest debate about punk has boiled down to a millionaire lingerie shop owner burning his parents collection of old punk stuff.

Oh gawd, it’s the Joe Corre debate again as the son of Malcolm Mclaren has started burning his punk rock hand me downs  to much hand wringing and debate.

Instead of the spirit of punk which manifests itself in a million different ways it seems that the debate is circling round a rich man burning antiques like a tweedy version of ISIS trashing monuments in the middle east. Punk though has already left the building decades ago. Manifesting itself as a  spirit that escaped from bottle decades ago it has already left the clutches of the instigators and shot off on a million merry paths totally out of control of the bemused media and frilly knicker shop bosses like Corre. The debate may rage about a rich man burning antique clothes and records whose worth rises with every news story being rub but this is a long way away from  the kernel of punk rock itself.

A kernel that is going up in flames!

In the true spirit of early punk the burning is, literally, an incendiary publicity stunt bringing worldwide attention to knicker millionaire Joe Corre who is all over the media talking about punk not being relevent any more etc but how would he know? he’s in the world of monied London, the swanky towers of the metropolis that were never comfy bedfellows with punk rock which has been seized away from his family’s clutches decades ago.

Punk mainfests itself everywhere it wants or is needed now. It’s a spark of energy, ideas and action that anyone can tap into and the elitist grumpy pants millionaires have little to do with its true spirit. A true spirit that is not represented in old family heirlooms.

For sure, burn your stuff, some of it is beautiful, some of it is rubbish, all of it has some kind of value but you can never burn the real spirit of punk which is far, far more than a jumble sale of old clothes and antiques. He may claim punk is like Mcdonalds, but who is he to define what punk is? it’s spirit is there for anyone who wants it, anyone who needs empowering to make at or music and doesn’t live in the money soaked metropolis.

Punk rock doesn’t belong to anyone. There is no manifesto, there is no antiques, it’s not what I say it is, it’s certainly nothing to do with Joe Corre. It belongs to whoever needs the empowerment and the energy rush and it’s far more than the idle rich burning their relics.