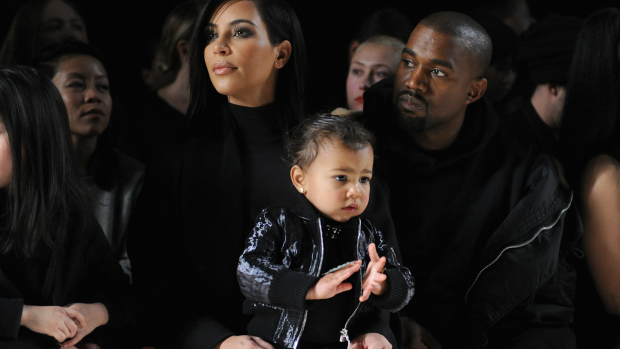 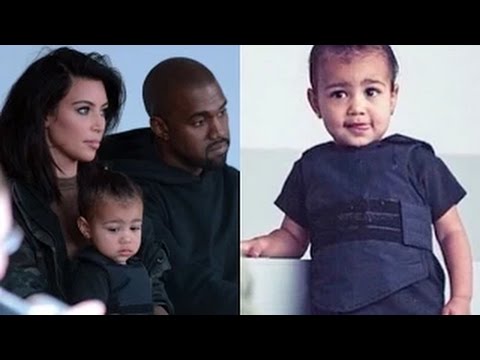 Johnny Proctor reminds us who the original designers of the bulletproof vest as fashion accessory were, with the clue being they’re from Manchester…

With Kanye West being seen stepping out recently with his kid, North, kitted out in a designer bulletproof vest the whole of the western world reacted in predictable fashion. Social media went into meltdown and fashionistas debated the merits, style and moralistic side of dressing a toddler in such a “garment.”

Now, the cynical side of me lends towards subscribing to the way of thinking that maybe, just maybe, Yeezy wasn’t actually that concerned with the possibilities of his son being shot by some gang banger that day when they got ready to leave the house. To stretch this theory further I would go as far as to suggest that it was nothing more than a play at attracting publicity for his new clothing range, and it worked like the obligatory charm. And you know what? Good luck to him. If I was in his hi tops and, for example, thought that chain mail might be a cutting edge and cool look to try and bring back, then you better believe it, my daughter would be leaving the house looking like fucking King Richard the Third. If it helped get me publicity and bring in some paper all the better.

“A genius of a businessman is Yeezy, and there’s no one that can deny that. Who else could possibly come up with the idea of a fashionable bullet proof vest?” they asked, all fawning over the man with the midas touch? Well, actually, someone did … 23 years before! The brains & marketing masters behind Your Own, Anthony & Christopher Donnelly, in the midst of building their Gio Goi label came up with the idea of releasing a range of Kevlar army issue bulletproof vests. Unlike Kanye however, this range was all too often used for dual purposes. Looking good WHILE dodging the bullets!

In “Still Breathing: The True Adventures Of The Donnelly Brothers” Anthony tells the story of how they came to release such an obscure but equally attention grabbing piece of clobber, not to forget an outrageously effective marketing tool.

“Everyone was getting blasted in Manchester so we started to do a line of bulletproof vests. There were a couple of incidents where gang members came and test fired our bulletproofs. Somebody put one on and somebody shot him and it worked perfectly. Somebody fired one bullet in the warehouse and it went through a box of baseball caps. The caps got sold for more money, cause they had entry and exit holes.” 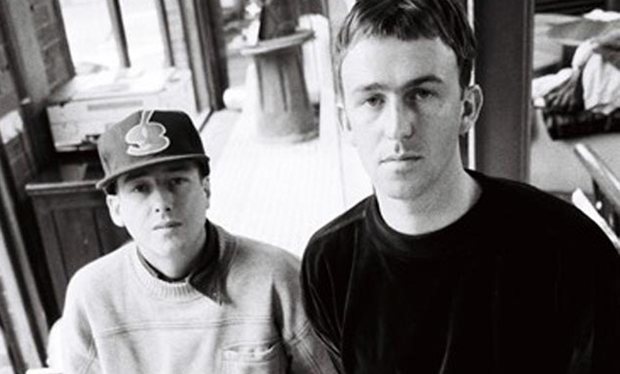 That story in itself chrysalises the entrepreneurial spirit that the Donnelly brothers used to build up their label from practically nothing to the monster it became. A stray bullet fired in their warehouse (this, I’m sure we all understand, is not common practice inside a major designer label’s warehouse?), said stray bullet goes through a box of baseball caps and rather than throwing them away they flip it on it’s head and sell the caps for MORE! And they call Kanye a marketing genius?

So they ended up releasing a range of bulletproof vests, like a lot of the items of clothing that were released such as the Gibraltar or Narcotics Officer T-shirts. Spur of the moment ideas from either Anthony or Christopher that would either work or not, but in most cases generally did. The vests idea was a resounding success with around 800 of them sold in Manchester alone. Going for £200 a vest, the exclusive garment of clothing was like a badge of honour to the company. As Christopher said on the subject of the company selling the vests…

“It didn’t matter if the press was good or bad. There was not another company that’d sell bulletproof vests at that time – or any time.”

“We were doing a roaring trade in bulletproof vests but then everybody started getting shot in the head. Once the head shots started, people stopped buying the vests.” 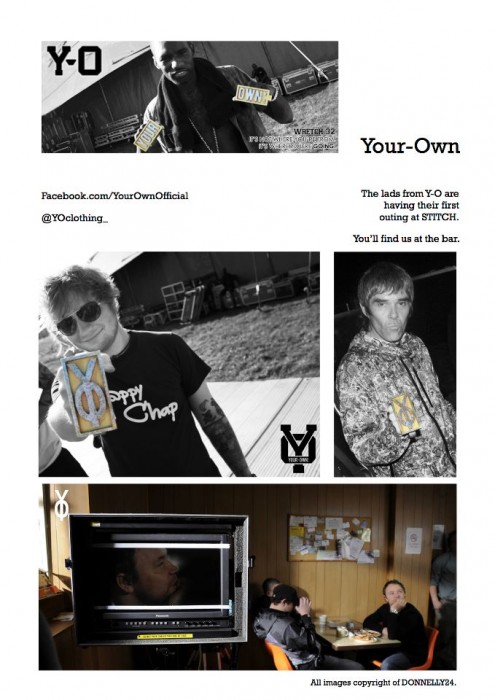 It’s not inconceivable to arrive at the fact that people were getting shot in Manchester before the Donnelly brothers got their hands on the ex-army supply vests to help some of the area’s bad boys walk the streets that little bit more carefree. Suddenly though, with the vests proving popular in the Manchester area, every strap carrying gangster starts turning into Dirty fucking Harry and from then on everyone’s being plugged in the head?! Possibly all just a coincidence though, that!

As for Kanye? The question is, does he in his own mind think that he has actually created the concept of a bulletproof vest that you can wear out and look both stylish AND be provided with the added security from gun crime that you so sorely need? Is he completely unaware and oblivious to the fact that it has already been done decades ago, and in a gritty and edgy manner rather than throwing one over a child who could never come close to matching up to them, even if it IS the son of Yeezy! Whether his plagiarism is intended or not he deserves to be called out for it and a bit of recognition, and respect shown in the direction of the fathers of the designer bulletproof vest is in order.

With the jungle drums beating and smoke signals starting to form around Your Own as the label starts to gather pace, the mind boggles what items of clothing may be just around the corner from the innovative Manchester siblings.

All words by Johnny Proctor. This is Johnny’s first article for Louder Than War. Follow Johnny on twitter as @johnnyroc73.