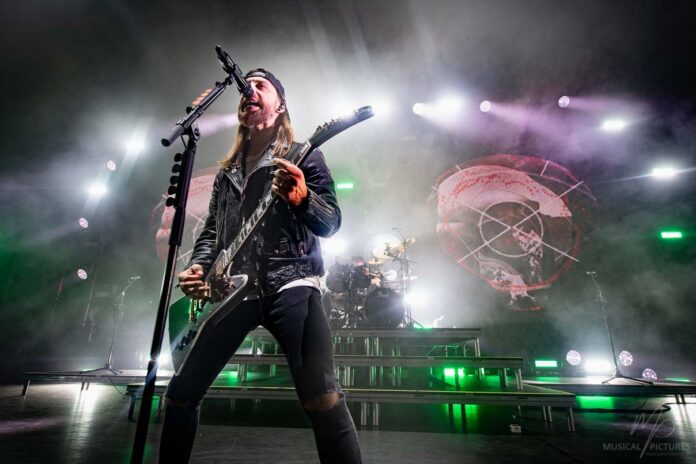 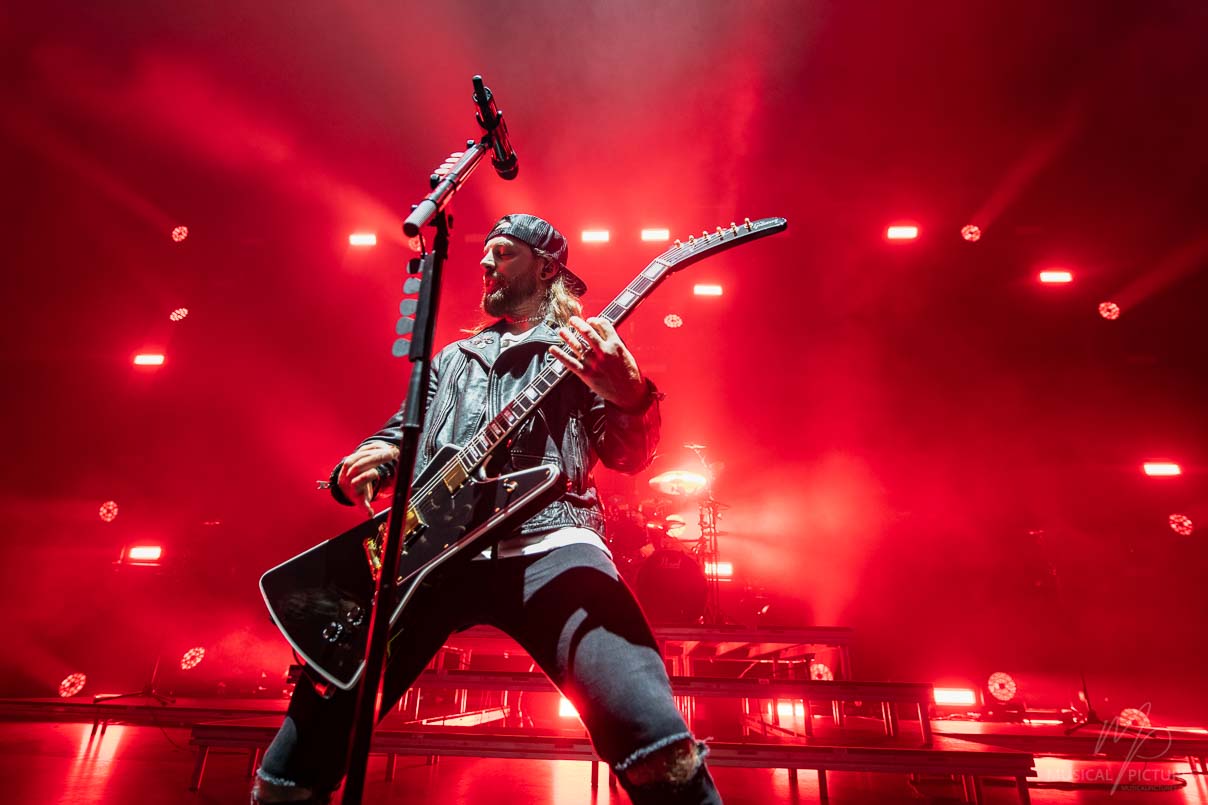 Bullet For My Valentine return to the stage promoting their self-titled seventh studio album.

Cue being transported back to the days of painting my nails black and shouting at my parents for their lack of understanding of my 14-year-old plight, staring wistfully at my wall of band posters and singing Tears Don’t Fall at the top of my lungs. As a long-standing fan of Bullet For My Valentine, I was expecting to be moved by waves of reminiscence. From All These Things I Hate to Scream Aim Fire, I was ready to be reminded of a not-so-difficult and strange time; a time of running around a skatepark drinking cider and comparing eyeliner with my fellow moshers/emos alike.

Unfortunately, this is not completely the case. A once fearless and passionate outfit has made way for something that feels a little more formulaic and apathetic. The magic that was once so prevalent for Bullet For My Valentine has seemingly gone walkies. The chemistry between the members isn’t at its best and it doesn’t feel like the band is held together. However, they all remain capable and talented musicians. Taking into consideration their immense catalogue spanning decades, they still deliver an entertaining and great performance. Even if that does seem to be lacking the magic they once had. 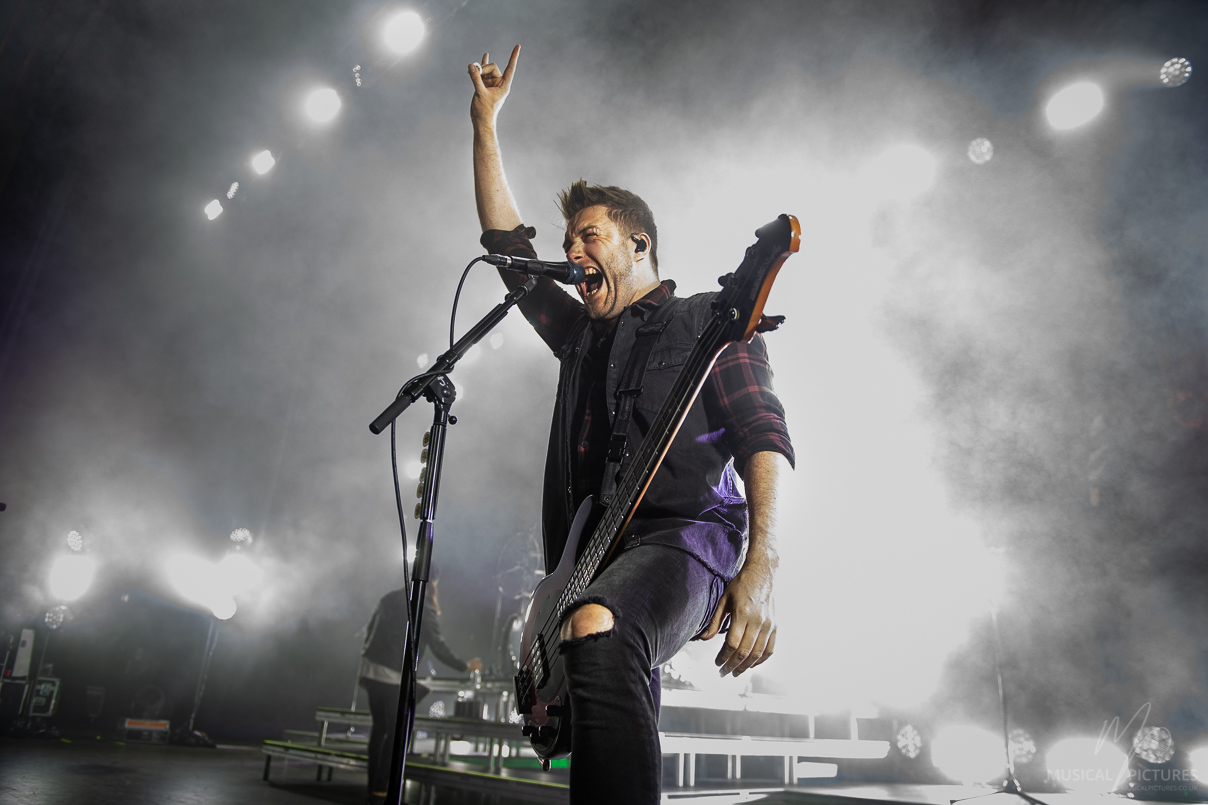 Combative, raw and downright brutal, the track Parasite explodes them onto stage to start the set. This is one of Bullet For My Valentine’s heaviest songs to date, so you’d expect some legs flying in the air and bodies flailing. Unfortunately, instead of a sea of crazed fans losing it, it’s a sea of phone screens. Put them down, people.

This track hits you like a brick in the face, being by far one of the more intense and aggressive of Bullet For My Valentine’s songs. But, the sound in Victoria Warehouse leaves a lot to be desired and dampens the effect. I reluctantly move towards the back of the venue to the sound desk, to try and gain some clarity. Although slightly better, overall the room is a wash of reverb with a lack of definition on the individual instruments. This may be a different story closer to the stage. My boots and tiny stature don’t allow such luxuries. Wherever I try within my boundaries, I have the same issues. Victoria Warehouse is usually amazing in terms of sound quality, so I’m unsure why for this particular gig there are issues.

Nevertheless, it’s still great to be able to sing along to one of my favourite metal bands of all time, after such a long time.

Accompanying Bullet For My Valentine is one hell of a light/stage show. Two circular discs showing trippy and gritty graphics light up the room, while intense and intricate spotlights strobe their way through songs. The light show in particular is nothing short of incredible. But, they do detract from the performance of the musicians themselves. Still, props to the lighting dude, you’ve done a cracking job. Bullet For My Valentine has clearly taken great care in making sure the stage show is jaw-dropping. It’s great to see a band take these things into consideration, but also at times it’s maybe a little too distracting and takes away from the music. 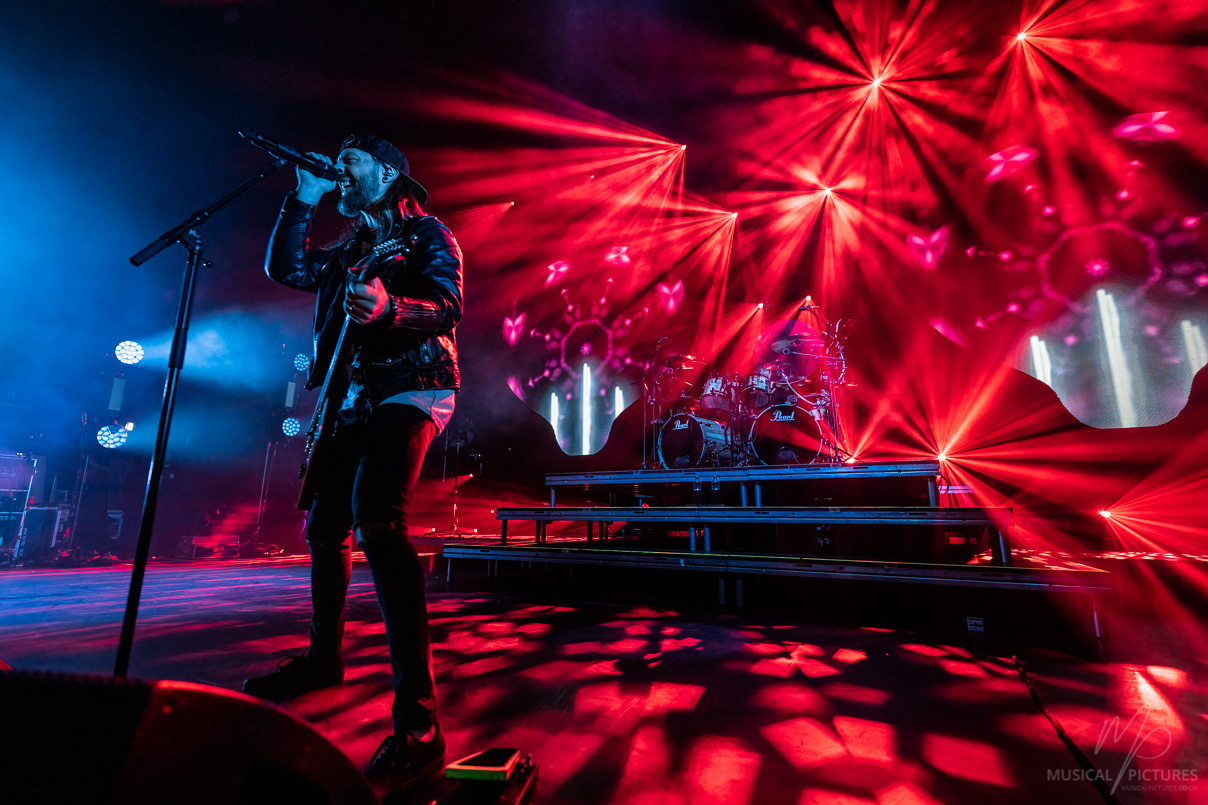 Speaking of the music, Bullet make sure they are covering all bases. From Take it Out on Me, released in 2008 on the Scream Aim Fire album to Shatter from 2021 in their new release, they make sure they play something for everyone. Whether you’re an early Bullet for My Valentine fan or only just discovering the band, the setlist will not let you down.

Carefully constructed, the set travelled through peaked and troughs in just the right places.

I may have not been blown away and the gig may have missed the mark somewhat, but I’m glad I got to see Bullet For My Valentine again. Still enjoyable, still a good performance, but not quite the Bullet For My Valentine they once were. Whether this was due to the pandemic or due to naturally losing their spark, I commend them for carrying on in such difficult times and continuing to write and release music.

Parasite
Over It
Your Betrayal
Piece of Me
Rainbow Veins
4 Words (To Choke Upon)
Worthless
Don’t Need You
Knives
Under Again
Scream Aim Fire
Take It Out On Me
You Want a Battle? (Here’s a War)
The Last Fight

Listen to Bullet For My Valentines new self titled album on Spotify here, or purchase through their website

Photography by Simon Reed. His website Musical Pictures is here: and you can visit his author profile for Louder Than War here

Please note: Use of images in any form without permission is illegal. If you wish to use/purchase or license Simon’s images please contact Simon Reed via his email address at simon@musicalpictures.co.uk