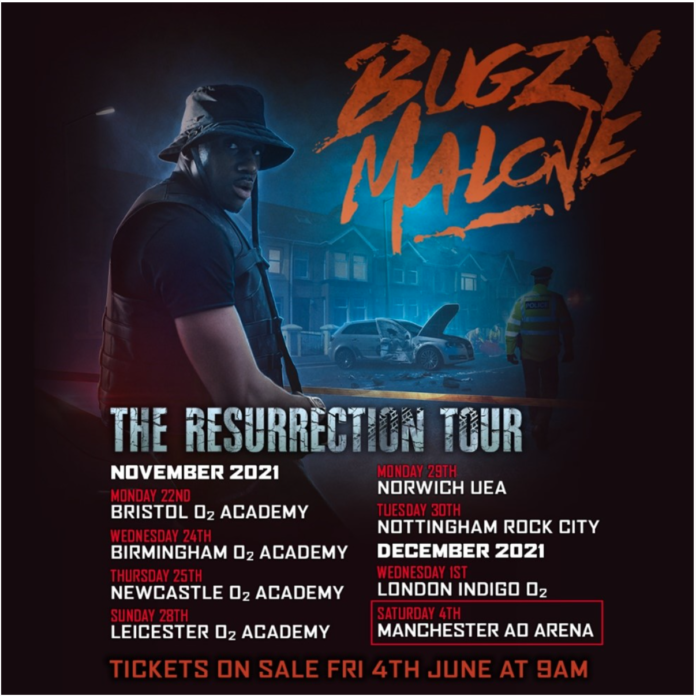 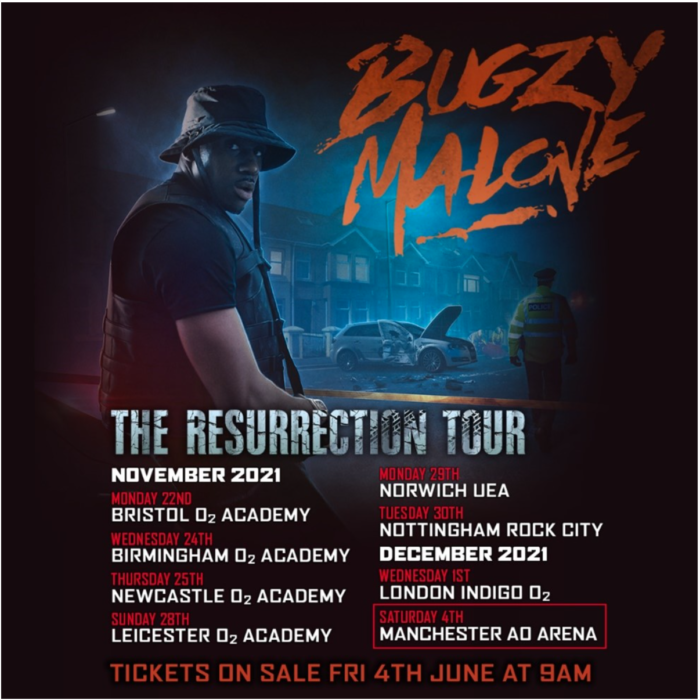 At the top of his game with his new album, Manchester grime artist Bugzy Malone has announced his biggest tour yet.  His new album ‘The Resurrection’ is on the way to the top 5 and sees him announce a very special UK headline tour for November and December 2021. The run includes a massive hometown show at Manchester’s AO Arena on Saturday 4th December, seeing him perform his first-ever headline tour date at the venue.
Tickets go on general sale at 9:00am on Friday 4th June and will be available from www.gigsandtours.com