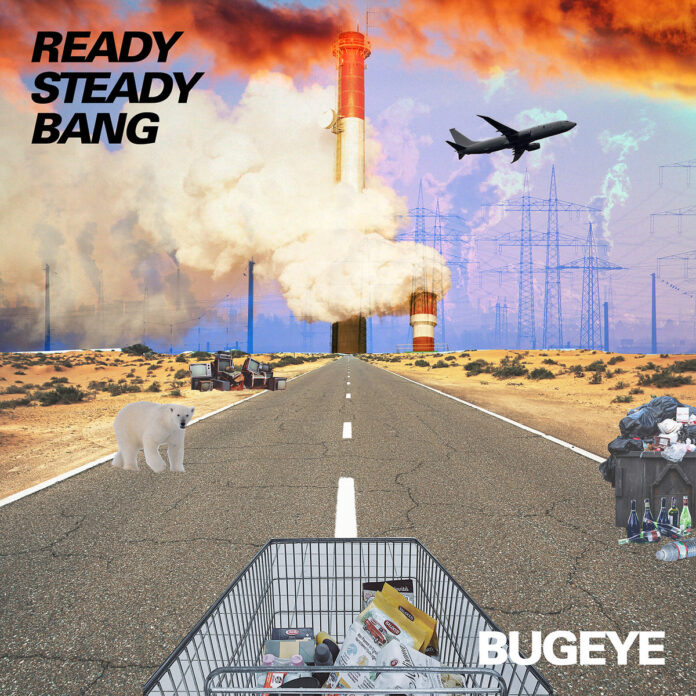 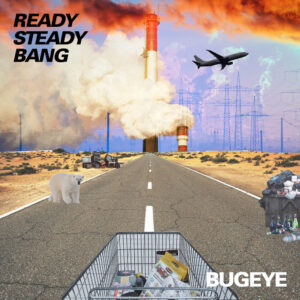 Disco-punk(ette) four piece Bugeye released their debut album Ready Steady Bang (via Reckless Yes) towards the end of the first lockdown. The band and album have been getting renewed attention from the likes of BBC Introducing. Iain Key had a listen to find out why for Louder Than War.

I guess I should make a confession first. Since seeing the video of The Primitive’s Really Stupid on TV I’ve have had a love of female fronted bands. Working backwards to Blondie and to the classic 60’s Spector and Motown groups, before ‘discovering’ others as I went along, Darling Buds; Sleeper; Elastica; The Pipettes etc. Reckless Yes have a plethora of such acts , LIINES, Duck, Nervous Twitch and Fightmilk…. so I have high hopes…

A previous incarnation of the group have been featured on this site prior to Grace (keyboard) and Kerrie (drums) joining Angela (guitar/vocals) and Paula (bass) so the name may be familiar to some. With a new line up in place however it sparked some creativity, the band explaining, “In early 2019, with the political atmosphere, climate change issues exploding and personal demons demanding their pound of flesh, we felt angry. The need for a creative output was stronger than ever so we decided to put pen to paper, and focus what time we had, on writing new material, which all came together in the space of about 6 months. Material that has a darkness to it, but wrapped up in upbeat disco beats and catchy fun tunes that demand you to dance. Our blend of disco punk”.

Ready Steady Bang certainly delivers that disco punk over its 10 tracks. Bugeye, with producer Paul Tipler (Idlewild, Elastica, LIINES), have crafted an album which has taken elements from Garbage to Sleater-Kinney and Blondie to the Pixies and crafted something very special indeed.

Of the content/subject matter of the album, the group expanded, “we knew what we wanted to write about from the very beginning. We wanted to write about life as it happens. The drunken silliness of weekends, the boredom of work, the worry about what’s happening to the world, our fuck-ups, our day dreams, addiction and our celebration of music styles from the past.”

Singles Electric; Don’t Stop; When The Lights Go Out; Blue Fire have been taken from the album, and On And On has recently been picked up by BBC Introducing. Despite this there really isn’t a weak track amongst the set which rewards repeated listens.

Ready Steady Bang is definately worthy of the the renewed attention it is getting. Without realising you’ll soon be humming along and joining in the choruses. It’s a lot of fun, and that’s something that we all need right now! 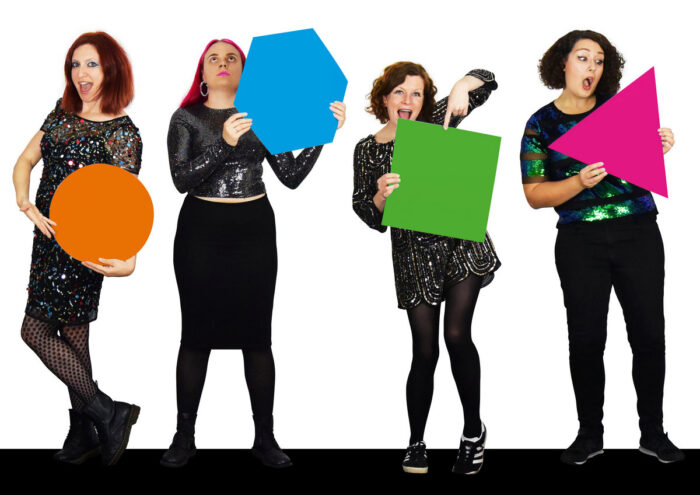