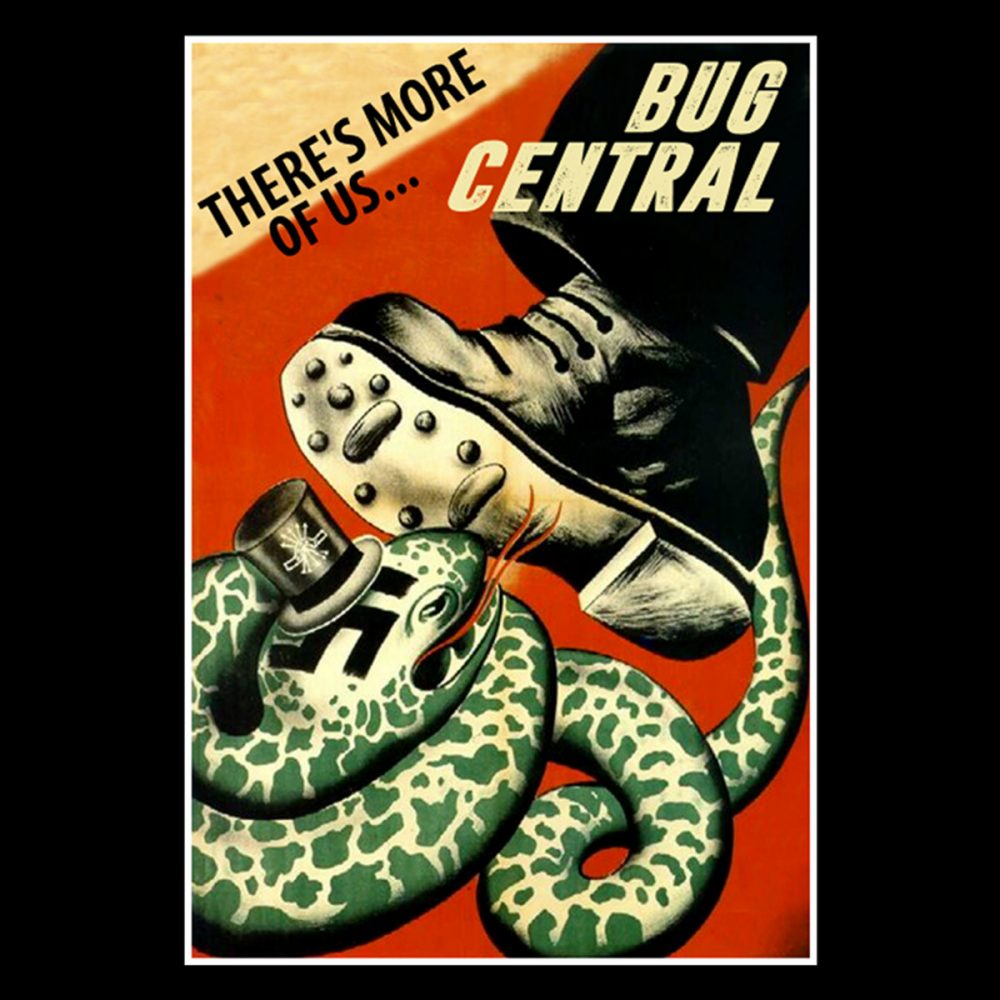 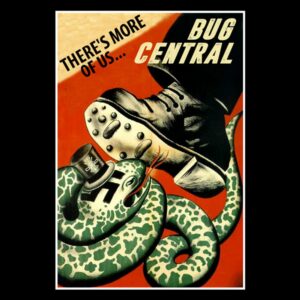 Bug Central – There’s More Of Us (Grow Your Own)

Melodic yet boisterous and strident, Bug Central come leering out of the shadowy underbelly of London, skulking past the buildings that used to house music venues and squats in their now gentrified home.

“There’s More Of Us” is a catchy slab of prime nod-along punk with a clear anarchist message.  It starts out almost pleading but getting more angry and defiant as the song progresses.  “And we can learn from history. F.A.I., C.N.T, There’s more of us, there’s more of us”.  Anarchists can often be accused of being over sentimental about the Spanish Republic and the Civil War to the point of fetish, but when the doubters say “It’ll never happen”, it’s natural to point to Spain in 1936 and say “Well, it did”. And while we now have the autonomous Kurdish region of Rojava and Chiapas in Mexico putting these principles into practice and making people’s lives better in the process, it’s no surprise that Spain pops up so often.   Back to the song, there is a nice melodic hook to the chorus and the “barking dog” backing vocals – drummer Charlie by my estimate – adds a certain angry rabble feel to it. The message, melody and tempo hold much in common with Anthrax – whose Grow Your Own label has released this EP.
Following hot on its heels, “The acceptance of self harm” is a blur of a blast, over in 30 seconds, just tipping into 1 minute if you count the intro and extended feedback outro.  It’s one of those little ditties that will always elicit a hearty “yeah!” in a live situation.  We loves our short fast numbers we does.

Flipping over to side B, “Enemy Unseen” is a heavier proposition, with gruff vocals, all out guitar and speedy drums, a gnarly bass and something of a Motorhead or Leatherface influence.  Lyrically it’s a more introspective number dealing with mental struggles and substance abuse.

The final song on this 4 track EP “Without” is very much what you would have expected to hear from anarcho-punk bands in the mid 80s.  The tune meanders, gathering pace then slowing down, over which samples – presumably from a documentary about the Spanish Republic – explain how “The anarchists will create a free society”.  The bass in particular is reminiscent of bands such as Karma Sutra, Omega Tribe, F.U.A.L, The Ex and Chumbawamba (the early years). If “There’s More Of Us” is the call to arms then “Without” is the rationale of what we are fighting for: the peace and freedom we strive for and will only achieve in a free and fair society. 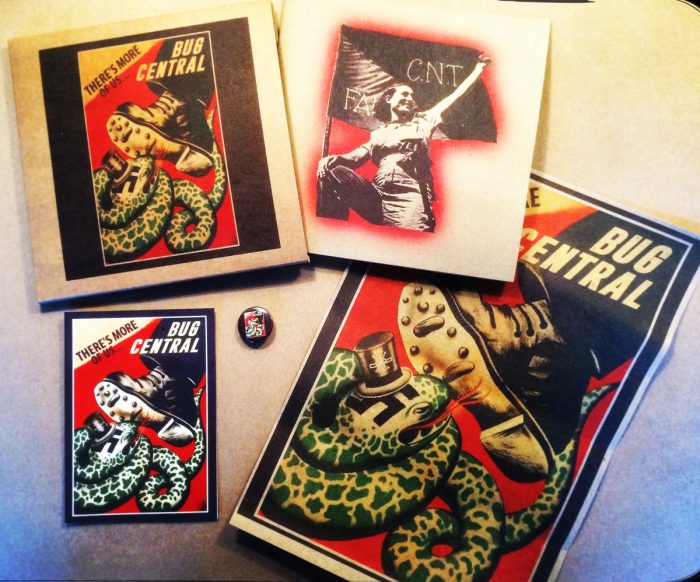 The Grow Your Own DIY build packaging uses recycled card stock and artwork that was presumably lifted from the 1930s or, if not, is a very good imitation. Early birds (first 200) get a poster, stickers and badge –  making this an instant collectors item. I picked mine up from excellent DIY punk distro Suspect Device but you can also get it direct from Grow Your Own.

Bug Central can be found on Facebook and Bandcamp