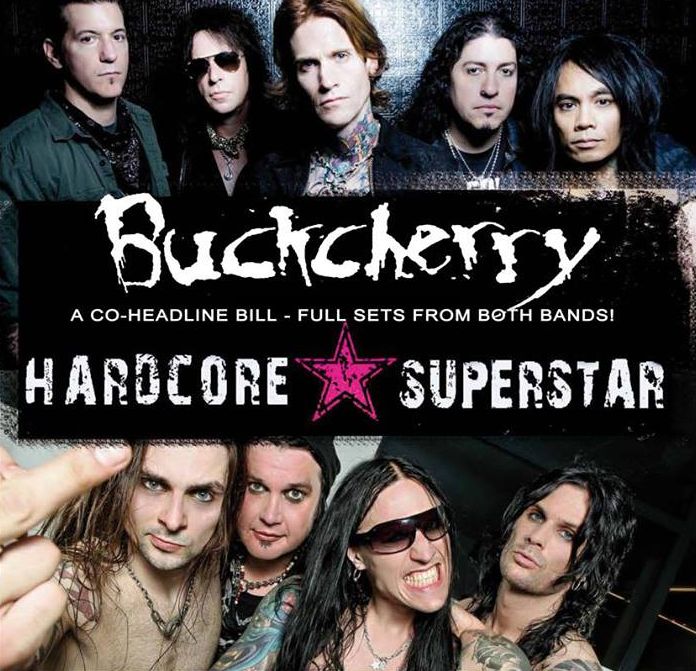 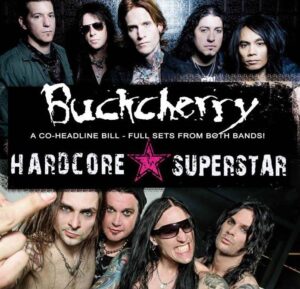 Excess was the theme tonight at the Ritz, with a double headline tour from Hardcore Superstar and Buckcherry stopping in town.

The first headline slot tonight came from Hardcore Superstar, who wasted no time in exploding on to the stage with crowd favourite ‘Moonshine’ and the room was quickly moving. The Swedish rockers have built up a dedicated following over the years, especially with their last 3 releases. Next up was ‘One More Minute’, the lead single from their latest album, with a chorus that had the crowd stomping their feet and chanting like a loving army.

A solid set tonight saw songs from a range of albums, and played like a greatest hits of fan favourites, including ‘My Good Reputation’ and ‘Wild Boys’, before the encore, which saw singer Jocke Berg give an unbelievably powerful a capella version of ‘Run to your Mama’, and the always riotous ‘Last Call for Alcohol’ which saw members of the crowd take to the stage and join the band in some Jagermeister shots. Not a moment of disappointment from these guys tonight.

Next up for their headline slot were Buckcherry, who’ve overcome drugs, alcohol abuse, girls and a break-up to become one of the more solid bands of recent years, frequently touring and putting out new records. Opening on ‘Lit Up’, the vocals seemed a little strained and off, but singer Josh Todd quickly found his groove and played a blinder.

Buckcherry have their ‘off’ nights, but tonight was not one of them. With new bassist Kelly, and guitarists Stevie D and Keith Nelson tearing through great riffs and blistering solos, the band were tonight definitely at their best.