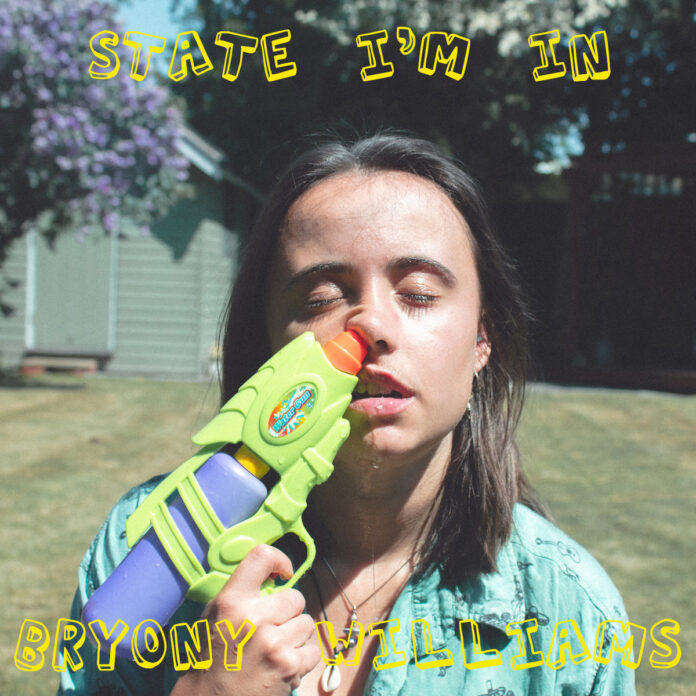 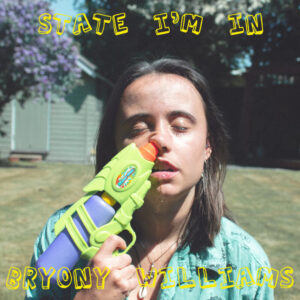 Bryony Williams bares her soul on her most accomplished outing yet. Sam Lambeth gets into a state reviewing it.

If the world was still working as it should, it’s likely Bryony Williams wouldn’t be releasing new music right now. The Wolverhampton chanteuse was set to swap Codsall for Cambodia and embark upon a backpacking trip, before Covid-19 brutally cut short her sabbatical and sent her straight to the studio. We should be thankful. In fact, so should Williams. Instead of washing her khakis somewhere along the Khyber, she signed a record deal with grassroots gods Beth Shalom Records and cut five sublime songs.

Life as a newly-minted artist suits Williams, as State I’m In is her most accomplished, nuanced work to date. It is also her most polished. Lead single, I Can Be, almost buckles under its own brilliant positivity, a muscle bulgin’ barnstormer filled with swirling synths, rollicking guitars and Williams’ irresistible, lilting vocals. Similarly, Knockin’ is a suitably stomping rocker that almost recalls the glam thrash of The Black Keys, before dissolving into a dreamy, introspective middle eight.

Williams has previously stated that she hopes, through State I’m In, that people will understand her as a person as well as an artist. Indeed, the giddy joy and first flushes of flirtations that arise from Cherry Red (yep, named after that splendid Birmingham establishment) are wonderfully palpable. It doesn’t last. State I’m In flips from delight to despondency in a matter of moments.

Dive is the finest song Williams has written. Shimmering piano, haunting steel pedal guitar and stirring strings all propel Williams’ fragile voice, all before dissolving into a devastating hush. She also saves the best for last. I Wonder is an elegant, rich closer, again showcasing the emotional scars Williams has accrued over the years.

Williams certainly has come a long way since her days in Field Harmonics. Now a fully-fledged solo artist, State I’m In is certainly a statement of intent – one filled with hope, fear, contemplation and sparkling innovation. On the evidence of State I’m In, Williams’ music career will continue to overtake her outback adventures.