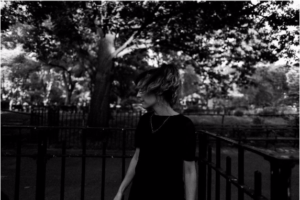 I have reviewed Bryde’s last two releases and I must say they have been lovely slices of rock pop with beautifully sung lyrics and melodies are to die for. Interest in her work is growing thanks to her unmistakable vocals, direct delivery and the production of the ever brilliant Bill Ryder-Jones.

This latest release is again a gorgeously wrapped package that exudes passion, energy and youth. Right from the start with it’s bassy intro and grungy guitar, you know you are in for a noisy treat. Bryde’s pained passionate vocals come in and they are baiting both the protagonist of this tale and the listener.

Stabs of noisy guitar led outpourings raise the tempo and already you already for the massive chorus which takes you on a sonic rollercoaster courtesy of Bryde’s clever word play, close to breaking vocals and melodic delivery. It ebbs and flows alongside the jarring guitar and solid rhythm section.

The track has quite a 90s retro feel to it’s verse chorus verse structure and overall sound, but i think that’s OK. I’m partial to a grungy noisy break out now and then and Bryde is VERY good at it.

Lazy comparisons are to the brilliant Courtney Barnett and Scout Niblett, but again, that’s OK!! What this world need now is anger, passion and an unnerving wish to subvert and kick against the norm. Retro or not, Bryde feels like she is doing this in spades. Keep on keeping on Bryde.