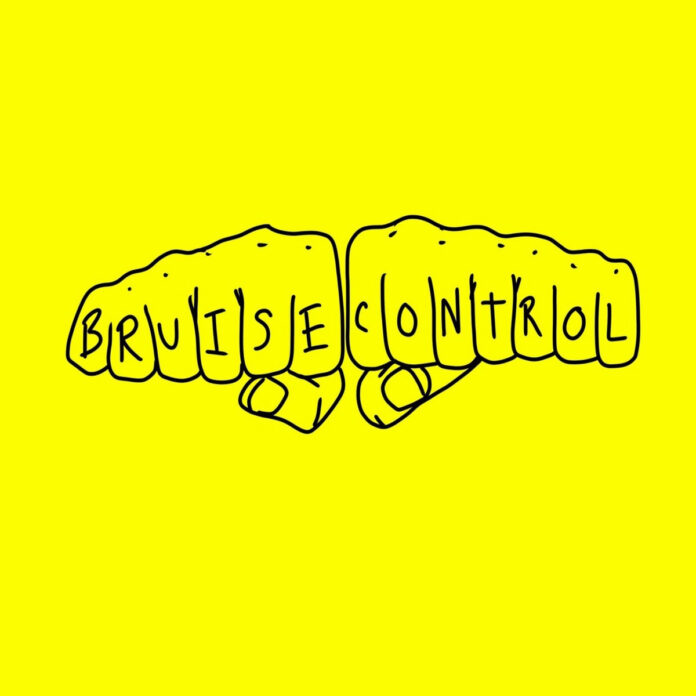 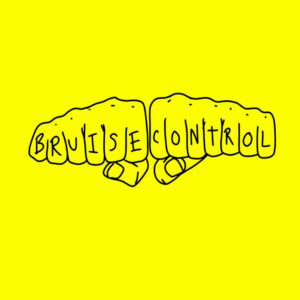 A tape and download debut from Bruise Control mixes up garage and post punk placing it in a tradition stretching back to the late 70s.

Garage punks Bruise Control sound in places like a lost recording of a band from 1977-79 who made an appearance on John Peel’s show, and would eventually surface as tracks on a Cherry Red box set. They have a lovely bouncing, wandering bass.

First you have two straight up fast punky rock’n’roll numbers with a manic guitar (I’m thinking Radiators From Space and Johnny Moped as examples). Tune based stuff. Very 1977.

Then (on what would be side 2 if this was on vinyl) you get two songs that are very rhythmic and jerky, with less of an obvious tune, like the early “post-punk” sounds of 1979. This sort of sound seems to currently be “in” with the younger end of the hardcore scene, but also tickles the nostalgia buds of those who remember the “originals”.

Disco Fury pushes it to the extreme and has a closing bass riff that would not be out of place on a Nomeansno record. The gruff vocals never relent, pushed til they are on the verge of breaking.

This EP has a lo-fi aesthetic (garage innit) without sounding shit. These songs have a live feel with enough separation so you can hear every instrument but enough bleed to sound dirty.  Bruise Control are in a crowded field but I think their mix up of garage and post-punk will stand them in good stead.

The tape sold out before release day but then they only had 50 available. The label Rad Noise apparently got involved late in the day. I don’t really understand why bands do such small runs AND run pre-order as well. Even before the advent of the internet for widespread promotion, bands would normally run off at least 100 tapes, wouldn’t they?  What else is that space under the bed for?

I can understand reticence about committing to a larger run (I hesitate to call it a pressing…should it be a spooling?). I can also understand the difficulty of tying up money in items that may not sell but for music to be sold out before release date seems to be creating an unnecessary dynamic of demand exceeding supply. Not a criticism really just a sense of lost opportunity and a suggestion that folks should have more faith in their own art. People finding out about the EP from post-release reviews only get the chance to grab the download.

I should mention that the download is Name Your Price. So head over to the Rad Noise bandcamp page if this sounds like your bag.