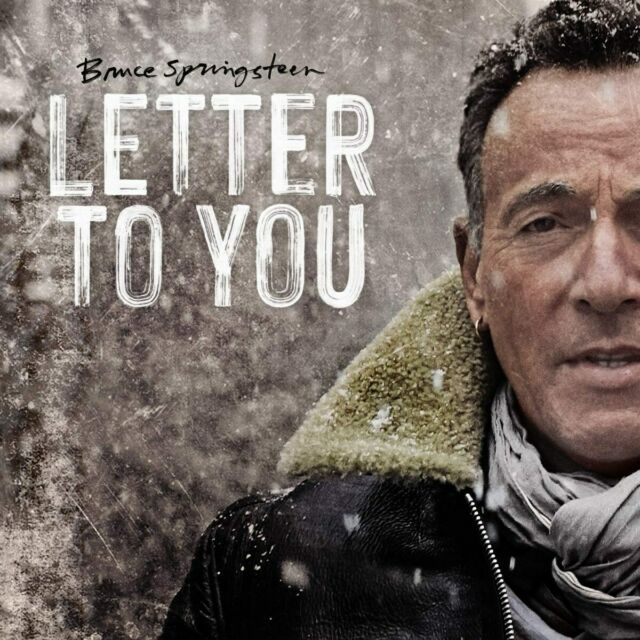 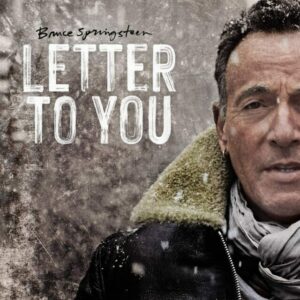 Bruce Springsteen reunites with the E Street Band to make an album that stands up with the greatest music he’s made in a career lasting almost 50 years. 10/10.

Bruce Springsteen had spent 14 months recording Born To Run with his group, The E Street Band. It arrived with a huge publicity campaign and a great deal of talk that he was “the new Dylan.” The album launched his career and helped turn him into a superstar. It’s still the benchmark for Springsteen albums.

Forty-five years later, in May 2020, Bob Dylan released his 39th studio album, Rough And Rowdy ways. Once again it was brilliant; unarguably one of his best since 1975. And now, once again, Bruce is following Bob with his own 20th album, Letter To You. Once again it raises the bar to new heights.

Letter To You is another record to file in that new musical category of reflective albums made towards the end of a long career. You might call then End of Life albums except that, at 71 and in prime physical shape, there is no reason to suppose that The Boss won’t be with us, and on this evidence making great music, for decades more.

Like Dylan’s last album, and the final albums of David Bowie and Leonard Cohen, this is a reflection on mortality; a taking stock, a looking back, a summation of a career if not, hopefully, the end of one.

The 12 songs on Letter To You are ruminations on love and loss, lives lived and lost; on the very process of growing old. But it’s no misery memoir. Late last year, at the end of the Before Times, almost as if he was anticipating all that was about to follow, Springsteen reassembled the surviving members of his old band, with producer Ron Aniello, at his home in Jersey.

Four days later they had completed this record. That couldn’t be more of a contrast to the long gestation of Born To Run but Letter To You crackles with the same energy and urgency, as if they couldn’t get it done fast enough. And they couldn’t: if they’d taken another 14 months they’d have ended up in quarantine together. 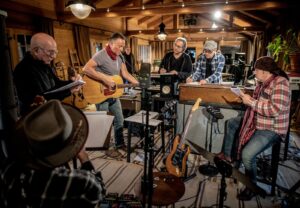 From the very first words of the very first song – “Big black train rolling down the track” – we’re in familiar territory. But this train has a different destination. It’s not carrying a young man fired up on hopes and dreams from his hometown to a brighter future; it’s taking him home.

If a lot of it sounds like Born To Run that’s partially because three of the songs were written in the early Seventies – even before Bruce’s 1973 debut, Greetings From Asbury Park, N.J., and one of them – Janey Needs A Shooter – was actually recorded for that record. It’s so good that its omission now seems inexplicable.

What is immediately apparent is that the chemistry between Springsteen and the E Street Band remains as strong as it ever was, their energy undiminished by the passing years. All around the age of 70 now, they are firing on all cylinders here; in fact they sound supercharged.

The drums of Max Weinberg thunder and roar, anchored by the bass of Gary Tallent, gelling with the synchronicity that comes from starting out as a rhythm section half a century ago. The guitars of Springsteen, Steven Van Zandt (not such a Little Stevie these days) and Nils Lofgren crunch and grind and, on occasion, solo with searing exuberance.

Roy Bittan’s piano – arguably the signature sound of the E Street Band- takes the songs on melodic journeys into the deepest recesses of our memory; Jake Clemons’s sax provides a haunting echo of his uncle Clarence, and fellow ‘newcomer’ Charlie Giordano fills the gaps with Hammond organ textures, while Patti Scialfa – aka Mrs Springsteen – embellishes his hoary rasp with sweet harmonies.

As you listen to the album – and I strongly advise listening to it in one sitting, rather than picking out individual tracks – you hear echoes of the past at every point. That opening song, One Minute You’re Here, ushers you into its world with familiar touchstones – gravel roads on the edge of town – set to the strum of Bruce’s acoustic guitar, his voice roughened with age, as he sings a sad refrain: “Baby, baby, baby I’m so alone… baby, baby, baby I’m coming home.”

Then we get straight down to business with Letter To You: that familiar big drum sound, the twang of electric guitars, the organ runs, another lyric about taking stock, putting affairs in order; you’d be worried for him, were it not for the energy with which the lines are delivered.

Janey Needs A Shooter is the first of those old songs, and it could literally have been plucked from Born To Run as a hidden track: the chiming guitars, the descending chords underscored by the organ runs, the piano melody, the anthemic chorus. Our titular heroine has a doctor, a priest and a cop, but what she really needs is a “shooter”. Step forward Mr Springsteen, blowing hard on his harmonica. It’s a showstopper.

Last Man Standing continues the nostalgic theme of the newly written songs – “Faded pictures in an old scrapbook, Faded pictures that somebody took, When you were hard and young and proud. Backed against the wall, running raw and loud” – and features the first of some nice sax solos by Clemons. There’s another on The Power Of Prayer, with more memories pouring out as Bruce is “tallying his wounds and counting his scars.”

The most anthemic, and memorable, song on the album is House Of A Thousand Guitars, its lovely melody picked out on the piano and echoed by Bruce’s vocals as he lines up his latest target before pouring out his anger: “The criminal clown has stolen the throne / He steals what he can never own / May the truth ring out from every small-town bar / And we’ll light up the house of a thousand guitars.” 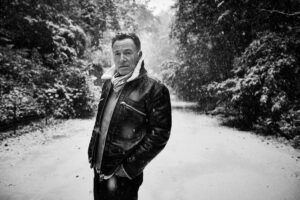 Rainmaker continues the theme: “We’ve been praying but no good comes… we’ve been worried but now we’re scared,” he sings, before opening up to put the object of his anger firmly in the crosshairs and pulling the trigger: “He comes crawlin’ ‘ cross the dry fields like a dark shroud… Says white’s black and black’s white, night’s day and days’ night.” We all know who he’s talking about.

The second of the older songs is the Dylanesque country-folk ballad If I Was The Priest, omitted from Greetings From Asbury Park, NJ, and previously recorded in 1974 by Allan Clarke of The Hollies.  On this the E Street Band sound like no one more than The Band themselves, while Bruce recounts a wordy lyric telling a long drawn-out Wild West yarn involving junkies and whores and Jesus.

But this is no New Testament Jesus: he’s standing in a doorway in buckskin jacket, boots and spurs, his six-gun drawn, as Bruce blends biblical allusions with Western imagery : “If Jesus was the sheriff and I was the priest / If my lady was an heiress and my Mama was a thief / And Papa rode shotgun on the Fargo line / There’s still too many bad boys tryin’ to work the same line.”

The third and final old number, Song For Orphans, sequenced as the album’s penultimate track, is even wordier: it sounds like the work of a young man actively paying homage to Dylan as a mentor, especially when Bruce plays the harmonica. Perhaps it was. Perhaps that’s why he didn’t release it before now.

The album reaches its thematic heart towards the end, with Ghosts. Another epic song with parallels to Born To Run, it’s an exhilarating contrast to all that nostalgic reflection, Bruce declaring defiantly: “I’m alive and I’m coming home.” Which is a relief to hear.

Here lies the essence of the album: a song articulating exactly why Springsteen is still doing this, is still compelled to do this at the age of 71. The ghost he’s looking back it is none other than the ghost of his former self – one with “stone and gravel” in his voice – driving him to make this record. It reaches its apotheosis in the closing number, I’ll See You In My Dreams, a wistful farewell to his former self; a coming to terms with the man he is today.

A musician who, against all the odds, is still at the very top of his game.