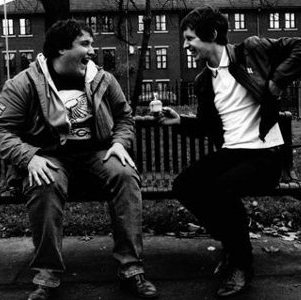 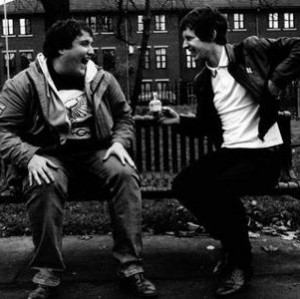 What a fantastic racket!

Brown Brogues are two skinny rakes from Wigan, now based in Manchester, who used to be three but mislaid a drummer and became more economical with their guitar man taking up the kit. This has worked in their favour, apart from the endless White Stripes comparisons.

They don’t sound much like the White Stripes even if they are crawling up the same branch on the tree of showbizness. The Brown Brogues chaotic, blues squall is closer to Jon Spencer Blues Explosion with its slapback yelp or even to the mighty Cramps, the greatest band to have ever wandered around this indefinable genre. Brown Brogues, of course, don’t have the lascivious rubber sex drool of the late and great Lux fronting them or the impossibly beautiful Poison Ivy laying down the great guitar lines – they are far too English for that but they make up for this with their UK small town manic charm.

Brown Brogues have been making a noise around town for a bit and it’s been justified, if their name makes you think of some sort of high camp indie hipsters then you would be off the mark, this is pure blues laden rock ‘n’ roll which suits the eyeball to eyeball two piece set up perfectly. They have the loose scuzzyness that is perfect for the form and some hip grinding riffs that should serve them well when they take the coals to Newcastle with an American tour this month.

In the meantime there is the single and contagious shows like this in packed hipster cellars.