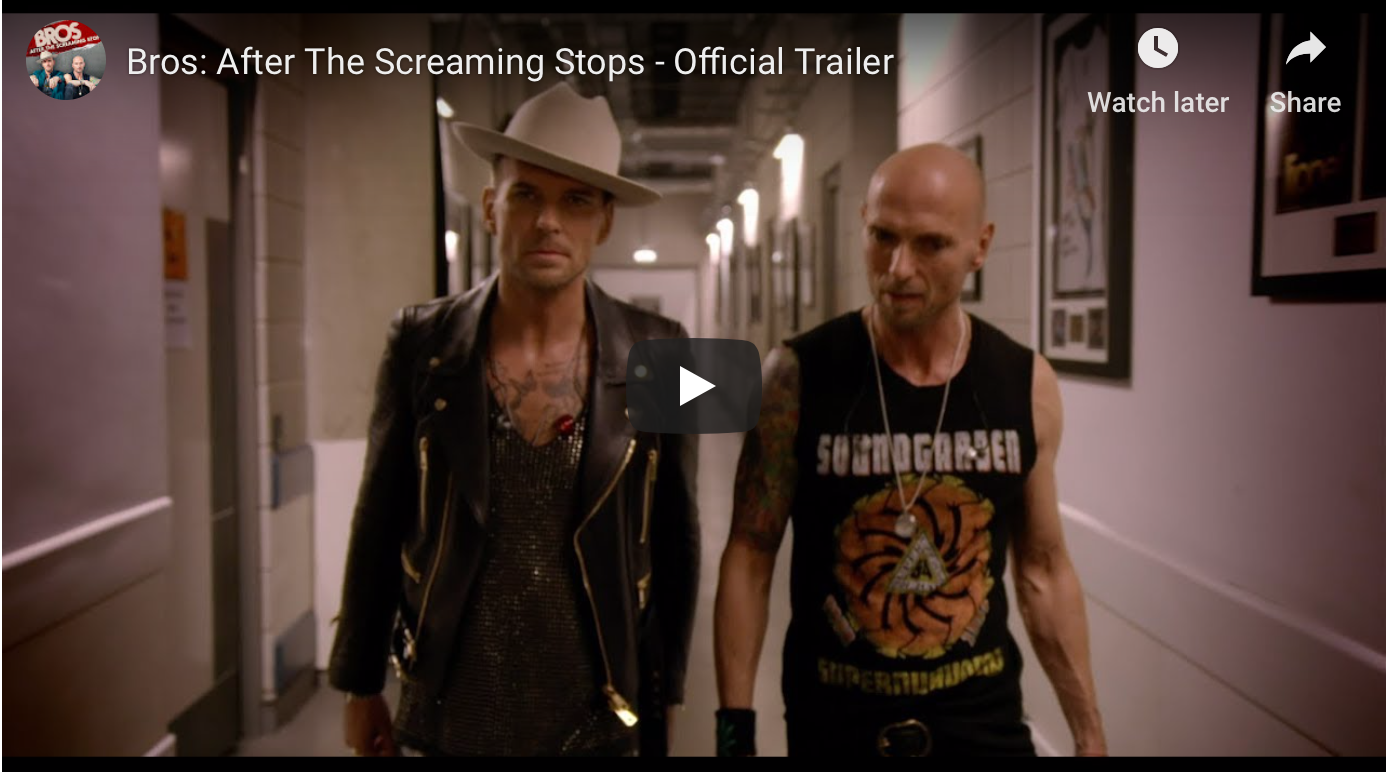 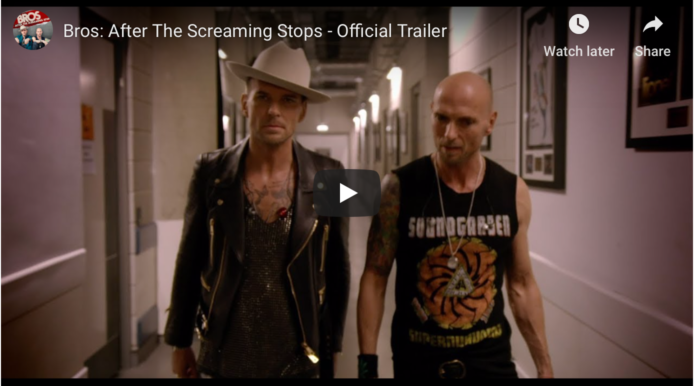 The Bros documentary ‘After The screaming Stops’ is a look at what follows the instant blip of pop success and by accident was a genius slice of accidental Partridge combining all the classic cringe of Steve Coogan’s brilliant creation with a car crash episode of the Office as the band earnestly stumbled their way through cliche after cliche like ‘I made a conscious decision because of Stevie Wonder not to be superstitious.”

An hour full of similar phrases were spoken with a profundity that was quite staggering and yet….this is exactly what we want from our pop bands – that earnest madness, reaching for the stars and missing hopelessly and taking yourself far to seriously pose. It worked for Bob Dylan so why shouldn’t it work for Bros?  there is no difference between either of their utterances and after an hour of chuckling at the Goss brothers, we have decided to love them more!