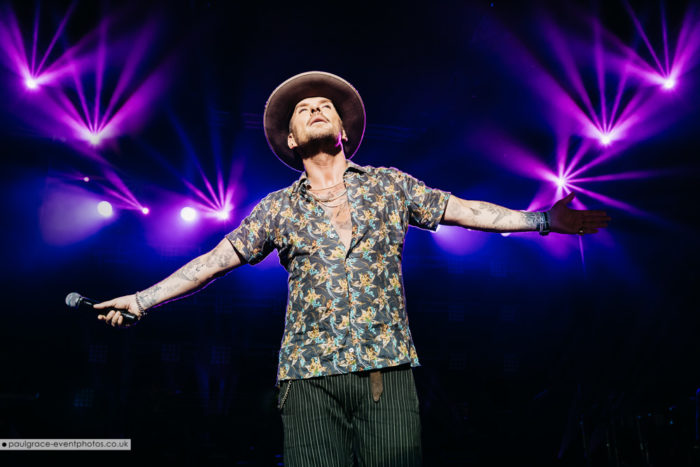 Bros returned HOME to London’s Brixton Academy for a special ‘intimate performance’ that was the epiTOME of late 1980s pop (Reverse Spoiler Alert. Please watch the Bros documentary referenced below before reading on – your life will improve greatly if you do). Louder Than War’s Andy Duke put some bottle caps onto his Doc Martens and was there to take in the noise.

In December of last year, Britain received an unexpected Christmas present in the form of the ‘When The Screaming Stops’ documentary. Aired with little pomp and circumstance on terrestrial television, you would now be hard-pressed to find a music fan who can’t quote scenes from this unintentionally hilarious Bros-umentary. Using Oscar Wilde’s adage that the only thing worse than being talked about is NOT being talked about, this seemingly poisoned chalice opened the pair to ridicule while simultaneously putting Bros back in the media spotlight again.

Despite being advertised as an ‘intimate performance’, Brixton Academy isn’t sold out. Rather than being a case of the twins’ appeal becoming more selective, the event’s elevated pricing would be off-putting to all but the most solvent of Bros fans. And, with admission costing more than twice its equivalent at Rammstein’s stadium show in Milton Keynes the same weekend, I feel this greedy manoeuvre was ill-advised. I fully appreciate that the economics of touring are cost-prohibitive, especially as music now operates as a loss leader, but value for money goes out the window when you consider that Rammstein’s performance incorporates some of the most elaborate pyrotechnics ever unleashed at a gig in the UK. That said, Bros’s stage design is impressive for a show of this size. With a huge ramp elevating Luke Goss’s drums a quarter of the way up to the high ceiling and some of the most impressive lighting witnessed at a Brixton Academy gig, production values are high. But not worthy of a three-figure ticket price.

As Fleetwood Mac’s Dreams makes its presence known via the venue’s PA, I scan the crowd. Unsurprisingly, the gender balance is generously in favour of women tonight. The Brosettes are in full force and to say they’re enthusiastic would be an understatement. Were a television production company to oversee a female-led reboot of Men Behaving Badly, tonight’s audience would be ideal for modelling characters on. “Everything is wet. Including my knickers”, says a fan to my right after accidentally spilling her G&T onto the floor. “You and me both”, replies her mate as the sub-bass rumble begins from the stage just as the venue darkens. It’s showtime. 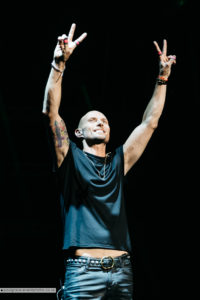 A gaggle of session musicians make their way onto the dark stage. A percussionist adds congas and wind chimes to the mix over fat droning synths that are shaking the house. Luke Goss is the first of the twins to arrive onstage and enjoys ‘his moment’ to deafening cheers before ascending to the heavens where his drum kit is located. Kicking their set off with It’s A Jungle Out There, Matt Goss initially sings the intro offstage. It’s a slow and highly effective build-up. Tribal beats are deftly added by Luke Goss on his massive sounding kit and, when the track starts in earnest, the band’s figurehead makes a grand entrance alongside a shower of red confetti. It’s a slick and effective start to the show. Sadly, however, the rest of their set doesn’t live up to the grandeur of this opening number.

Although the fans lap up every minute of the gig from start to finish, there’s a disparity between skills and chemistry onstage. While Matt Goss’s vocals are effortlessly delivered and reveal a range that’s been enhanced from his years of working in Las Vegas, there’s little cohesion in how they sit with the sound of the band. Alongside the twins, there are three backing singers, a keyboardist, guitarist, bassist and percussionist in tow. Despite the potential for dynamics and excitement with such a skilled selection of musicians, the arrangements are cluttered and hesitant throughout the 13-song set. It’s safe to say that this backing band was put together especially for Bros’s summer outing and, without a string of dates to tighten things up and only a limited period to rehearse, the ceiling for quality is limited by default. Great musicians who are thrown together in a rush do not always make for a great band. But, for their adoring followers, the songs are bigger than the sound anyway.

There’s a notable reference to the aforementioned When The Screaming Stops documentary during the performance. In an attempt to take the power back, Matt Goss reprises his “I made a conscious decision because of Stevie Wonder not to be superstitious” quote just before the band tackles the Motown legend’s clavinet-infused classic. Although the quote is met with enormous cheers, their rendition veers into cheesy cruise ship covers-by-numbers territory. Which is a shame considering the talent onstage. 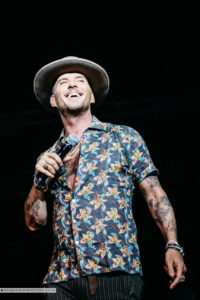 In addition, the banter from Matt Goss is consistently cringe-worthy. “Even fellas at the front are undressing me with their eyes”, says the singer before asking the crowd “Do you want to make love?”. Matt Goss looks fab and has great pipes. And, unsurprisingly, his query is met with loud positivity from his fans. Smugness, however, isn’t an endearing quality. And pointing out the presence of celebrity-fan Keith Lemon in the audience comes across as trying too hard to please.

Highlights of the set include the epic-sounding Sister and a high octane version of I Owe You Nothing. The latter track is interspersed with Michael Jackson’s Don’t Stop ‘Til You Get Enough. Undoubtedly a controversial choice for a mash-up in 2019 and one that need not be analysed in too much detail here in deference to the comment section below. 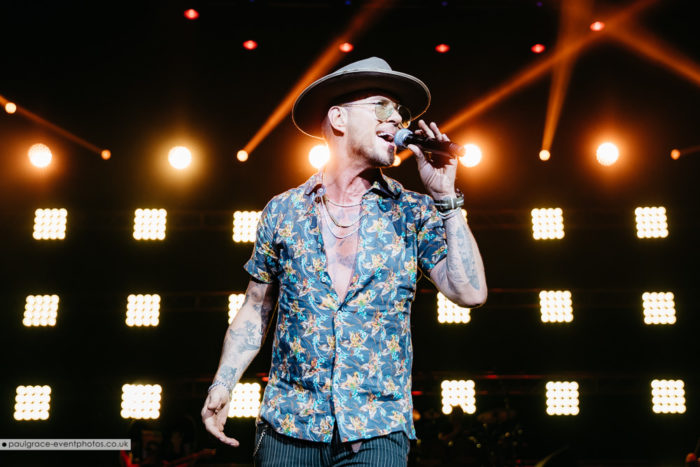 Whether hopping around the stage with a red Telecaster strapped around his neck or serenading his followers from behind a keyboard, Matt Goss is an impressive showman. Meanwhile, his brother’s drums are prominent in the mix throughout. The sometime Hollywood director has a penchant for emulating Phil Collins-esque ‘In The Air Tonight’ fills at every given opportunity. Consistently pushing the beat and loving every minute of it, Luke Goss’s smile remains in situ for the duration. Yes, he does overplay and perhaps seems overly keen to impress. But there’s a spirit of rock n roll that’s well needed in a backing band who seem to be largely punching it in. A notable exception is the band’s bandanna-wearing percussionist who is equal parts cheerleader and skin-basher. He’s refreshingly unafraid to leave his station and make his way up the steep central ramp to add some cymbal hits directly behind Luke Goss. One member of the ensemble who will be afraid to traverse the ramp at future performances, however, is Matt Goss. During the band’s final offering, When Will I Be Famous, the behatted frontman tumbled off the riser from a significant height. Despite what must have been a painful drop, the Vegas star emerges from the shadows as if nothing had happened. With the exception of cutting their set short (Bros had finished with a cover of Let It Be at the previous gig in Belfast) there’s no mention of the incident.

I’d expected a slicker performance from Team Bros overall but can’t fault Matt Goss’s charisma, voice and professionalism. For the duration of their set, the Brosettes were all partying like it was 1989. And, despite Matt Goss’s suspect comment that ‘nobody would leave here dry tonight’, I doubt that the conkers-loving pop icon is wrong.

Watch the trailer for Bros’s When The Screaming Stops documentary here.

All photos ©Paul Grace, for more of Paul’s writing and photos go to his archive. Paul is on Facebook, tweets as @pgracephoto and his website are www.paulgrace-eventphotos.co.uk & www.pgrace.co.uk