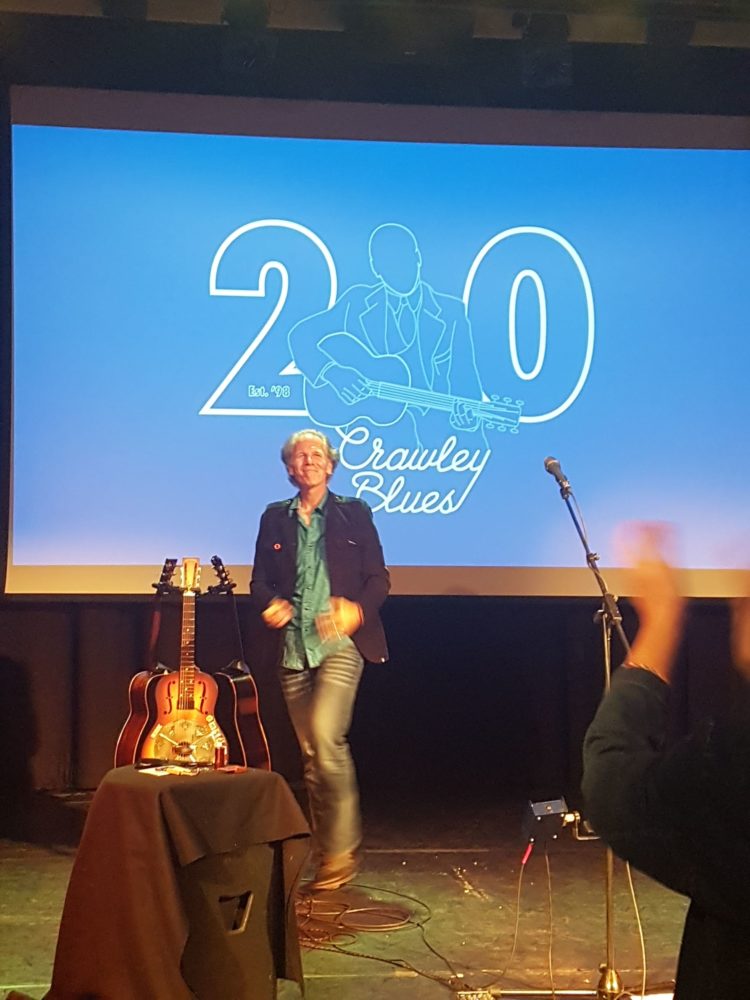 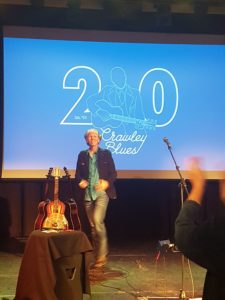 Always on tour, always playing, Brooks Williams made his (almost) annual stop at the Crawley Blues Club and for the first time at the venue he was in solo mode. Based on the survey on who had already seen Brooks live (conducted by promoter Tony Molloy before the start of the performance) Brooks would definitely be preaching the converted that evening. Armed with a trio of guitars, his warm manner and great voice (and guitar playing) were the basis of a fantastic night of music. Thirty years of touring and twenty eight albums can’t be condensed in a two hour performance but the show certainly proved that our host was the master of many musical styles.

Starting with “Trouble In Mind” (covered by many including Nina Simone who had a hit with the song in 1961), he then moved into a more soulful territory with “Whatever It Takes” (a song that Dan Penn wouldn’t have mind written). Such is the quality of Brooks’ original material that if it wasn’t for his introductions, you’d have been hard pressed guessing what was a cover and what had been written by him. Jumping with ease from a Bessie Smith number (“After You’ve Gone”) to a Delmore Brothers’ track (“Deep River Blues”), our host also took the time to recall how we met one of his musical heroes, Wizz Jones on first trip to the UK as a professional musician before playing “Weeping Willow Blues”. An insight on his songwriting process before “Gambling Man” proved very interesting as he explained that the song was written in response to another one (a source of inspiration he has used many time apparently). The simply titled “Georgia” about Brooks’ home state was penned in the standard style that his mum enjoyed while the energetic “Jump That Train” (from his latest LP “Lucky Star”0 proved to be one of the catchiest song of the evening.

The second set started with the classic “Statesboro Blues”, a song that Brooks can really make his own as contrary to most people who covered it, he’s actually lived in the town !!! Another tune inspired by one of the many places he lived was the groovy “Mama’s Song”, inspired by the community feeling that reigned in Mobile, Alabama during Brooks’ teenage years. Brooks, ever critical, said his shows had sometimes been described as too slick when in fact the impression he gives is one of effortlessness, jumping from Sister Rosetta Tharpe’s “Rock Me” to the delightfully sarcastic “Save The Bones”. The excellent “Bright Side of the Blues” was followed by what remains one of Brooks’ best tracks, the biographical “Frank Delandry”, which relates the disappearance of a guitar player.