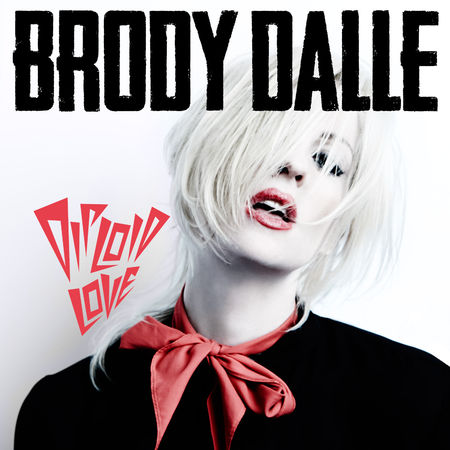 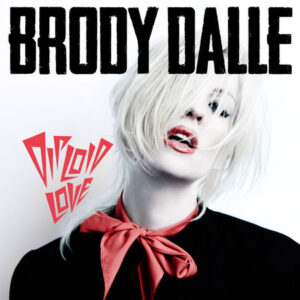 When Brody Dalle announced her first solo album in February, it should have come as a surprise to no one. Throughout her entire 20 year career she’s always been a frontwoman with a backing band – she was the only member of The Distillers to appear on all three albums, and her second major project, Spinnerette, was always designed for her to front a group of touring musicians.

After taking a few years off to expand her family with Josh Homme, she’s returned with the latest instalment of the Brody Dalle show. For her latest offering, Diploid Love, she’s assembled a veritable who’s-who with members of The Strokes, Queens of the Stone Age, The Foo Fighters and (most excitingly) Shirley Manson offering their skills.

For all the hype and celebrity appearances though, this isn’t a very good album.

Diploid Love opens, sort-of promisingly, with Rat Race, which sounds like Blondie at half-speed. It’s OK, but it’s very much only ‘OK’. It’s an attempt at an anthemic opener (sample lyrics: “I’m going to burn this city down/I’m going to burn this town to the ground”) except she sounds interminably bored and the whole track has an out-of-place synthesiser over it. Second track Underworld sounds a lot more like what you’d expect from Brody Dalle, with the levels of speed and intensity that she perfected in The Distillers and some heavy guitars. Indeed, it wouldn’t be totally out of place on Coral Fang (the press release for the album actually indicates it was originally written around this time). But then, about halfway through, there’s a weird synthesised trumpet instrumental and by the end of the song it somehow ends up sounding like a clockwork mariachi band snuck into the studio while she was recording and no one noticed.

The next four songs (half of the album) all sound exactly the same. A bit like Garbage, a bit like Hole, except with none of the intensity. They’re all slow guitar chords over electronic drums with a bit of synth and Dalle singing monotonously with a slight vocal effect over it all. Her monotone singing voice was great when juxtaposed with screaming but when it’s not contrasted with anything it gets very boring, very quickly.

Track seven (I Don’t Need Your Love) breaks the streak of mid-90s indie with a breathy piano/violin number where Dalle actually sings. It sounds weirdly like a Sinead O’Connor track. It’s not terrible, but it’s so blandly inoffensive that it’s actually offensive. It also has a really odd break in the middle with the recording of a baby’s laughter being played. Well, either that or my laptop is haunted again.

The last two tracks return to form, being another two entirely forgettable sort-of rock numbers. Around a minute and a half from the end of the album there’s actually some good guitars and solid drumming which sounds like it might be going somewhere, but then the album just… ends.

All in all, this is really disappointing. For a press release that advertised two semi-famous drummers contributing to the lineup (Darren Weiss – Papa and Hayden Scott – AWOLNATION) only two of the tracks have actual drum recordings, with the rest relying on electric drums. If you’re an unknown solo artist laying down some tracks in your bedroom, this is acceptable. If you’re a world famous rockstar who’s married to another world famous rock star and had a year to record an album in your personal studio, it’s absolutely not. I really don’t want to hate on Brody, I’ve been a massive fan of her for over half my life, but this isn’t just me not liking the route her maturation as a musician has taken, it’s an actively bad album.

I think part of the problem (and I say this with a heavy heart) is that her music seems to be very much influenced by the men in her life. When she was married to Tim Armstrong, this was OK, but she’s now married to the singer of a band who sound like they belong in a Top Gear compilation. I’ve found myself almost hoping that she needs to pay off a big tax bill or something and is just phoning it in, because the alternative is that her painstakingly-crafted return to the music scene wasn’t worth the electricity used making it.

So, if anyone wants me, I’ll be in my bunk listening to Sing Sing Death House and pretending that the last 42 minutes never happened.

All words by Natalie Dzerins. Find her Louder Than War archive here.