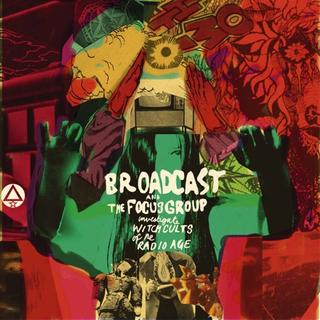 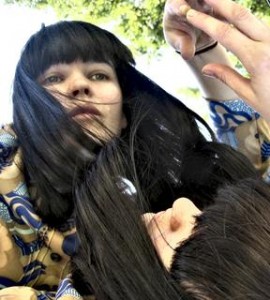 A catalogue as rich and as rewarding as that of Broadcast’s was in desperate need of reissue. Long out of print, Broadcast’s catalogue represented a moment when pop rubbed shoulders with the avant-garde, where folk met sci-fi and when the past and the future collided.

The reissues are all four studio albums (The Noise Made By People, HaHa Sound, Tender Buttons, Broadcast and The Focus Group Investigate Witch Cults Of The Radio Age) and two compilations (Work And Non Work, which compiles the groups earlier material, and The Future Crayon, a collection of rarities) so this really is an exhaustive set and a fitting tribute to this unique band and its vocalist Trish Keenan who tragically passed away in 2011.

Listening to these albums again you are instantly thrown back by the sheer contradictions on display that have no right to work but somehow do. Sample-heavy sounds lay underneath the 60s noir-pop vocals of Keenan who manages to twist and turn from innocence to threatening in the space of a few bars. It’s this mixture of human and technology that causes an unsettling mixture as, throughout the course of these works, we are thrown into the dark history of these lands. This is folk music at heart but the type Magnet created so eerily for The Wicker Man, or that John Fahey would make in his most warped moments.

Another vital aspect is the influence of the aforementioned 60s pop. The lysergic flows through songs such as Colour Me In from HaHa Sound or Come On Let’s Go from The Noise Made By People (the album that, out of all of them, plays like a soundtrack to a 60s French movie) and everything seems like it was created after a dose of the sugar cube.

One album that stands out from the others in a very distinct way is 2005’s Tender Buttons which is a far harsher, metallic sounding album on which the band truly embraces the experimentation ethos and the dissonance and feedback which makes TB one of the most interesting here.

This is where all of the band’s influences and creativity are sent sprawling on to the canvas. Songs like the backwards and channel-spanning How Do You Get Along Sir? (stop/start, drone/acoustic) and Ritual Looking In (hip-hop beat, wind instruments, and chanting vocal sample) show a band freed of any perceived restraints. EVERYTHING goes into the mix and this album, more than any other here, is the most exciting and thrilling ride you could ever wish to take. Utterly charming but also extremely nauseating, BATFGIWCOTA is about as good as music gets.

These reissues shine a light on a band that deserve every second of it. They were impossible to pin down sonically and geographically. They should have been huge but, like many a great band, their sales never matched their influence. I only hope a new generation will now discover them and fall in love with the warped, eclipsing sound of Broadcast.

Broadcast can be found online here: futurecrayon.blogspot.co.uk and on Facebook.