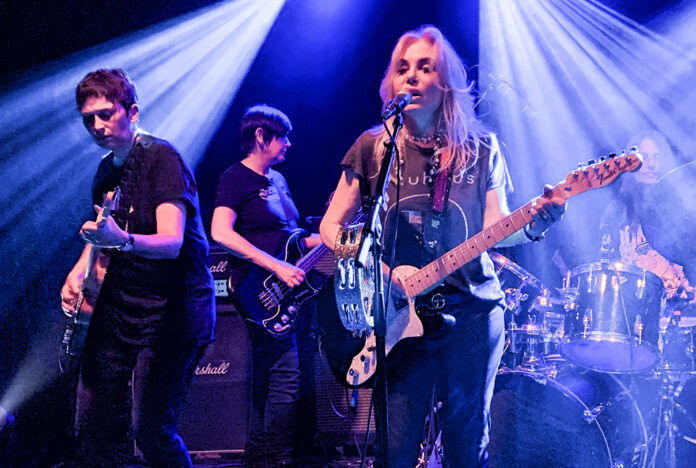 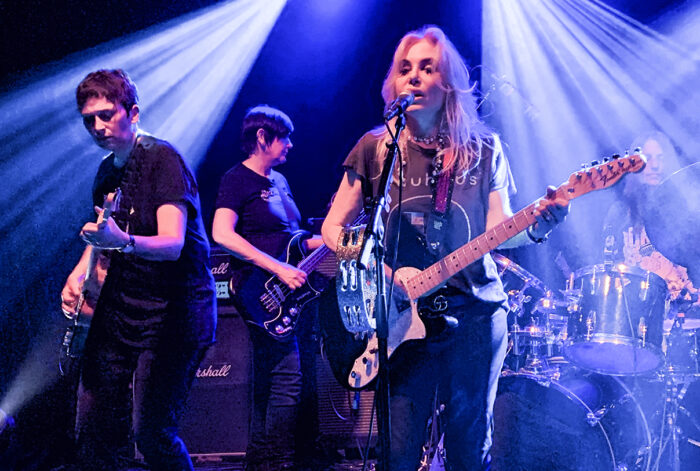 An iconic post-punk figurehead following her time with The Fall and The Extricated, Brix Smith has formed a brand new band which will tour as guests to Public Image Ltd this summer. The band features two members of My Bloody Valentine in the shape of Deb Googe (bass) and Jen Macro (keys/guitar), along with Vas Antoniadou (drums) and Ros Cairney (guitar) from London post-punk duo deux furieuses.

Brix Smith recently introduced the new line-up in a conversation at the AIF Festival Congress in Bristol. She said, “It’s time for me to stand up and put my head above the parapet, put my money where my mouth is, having been a strong woman in the music industry for however many years.  I’ve put together the mother****** of all girl bands.”

Brix Smith’s new live band played their first official shows together at the weekend, headlining the Trades Club in Hebden Bridge before they received a rapturous reception as the special guest for Killing Joke at Hammersmith Apollo.

Now Brix is preparing to release her debut solo album ‘Valley of the Dolls’ later this year. Brix co-wrote all of the songs that feature on the album with producer / Killing Joke bassist Youth. His extensive work as a producer for The Verve, Jesus & Mary Chain and many others resulted in him being awarded the Lifetime Achievement award from the PPL Music Producers Guild and a Grammy Award as producer of the Best Reggae Album in 2021. Other guests on the record will include Susanna Hoffs from The Bangles and Siobhan Fahey of Bananarama and Shakespears Sister.

The band will support Public Image Ltd at the following shows: