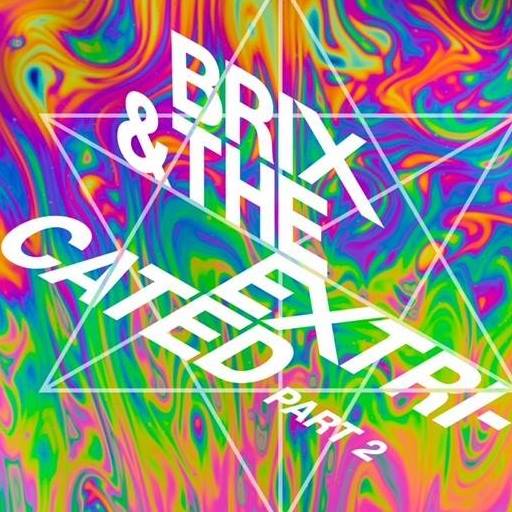 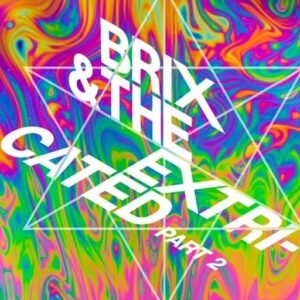 A rise from The Fall, the snarl of punk turned to positive use, the sound of a real band playing the music they love.

Part 2,  the debut album from Brix & The Extricated begins like one of Brix Smith’s on stage high kicks, aiming high and rarely missing it’s mark.
It’s immediately on with Pneumatic Viole,  hitting hard, NYC via Manchester sounds. Television guitar parts twisted around Brix’s lyrics and vocals. Blondie meets Patti in the half light simultaneously on Manchester back streets and catwalks everywhere.

A rise from The Fall, a reimagining of history, garage band illumination, vocal harmonies from 1970’s rock, the snarl of punk turned to positive use. The sound of a real band playing the music they love.

Each song on Part 2 features songs where each chorus opens up and drags the song kicking and screaming into pure glam pop, gliding over Steve Hanley’s dirty bass, Steve Trafford & Jason Brown’s weaving, overdriven melodic guitars and Paul Hanley’s battered drums. There is sleaze, attitude and swagger aplenty. Brix Smith is iconic, distinguished, intelligent, dangerous and leading the way for The Extricated, out of the pages of books and onto 7″ singles, stages around the UK and now this full-length album. Brix & the Extricated weave into the vocabulary of a brand new chapter of life and music.

Capturing a band’s live sound on a debut album can often be a difficult thing to achieve. Here John Reynolds does the band justice, capturing the energy and interactions, the space that makes the live sound so powerful.

Highlights for me are Moonrise Kingdom, Something to lose and LA. Moonrise Kingdom, a forthcoming classic 7” fits in perfectly here as a centrepiece of the album. If you need a fine example of the overall sound of this band then this is the song to start with.

Something to Lose has the glam stomp, low-end thump standing right at the edge of the stage staring out at the audience attitude. The chorus and lyrics being on the edge and belonging there.
LA my personal favourite has elements of 70’s Punk, grunge and the endless garage riffs of The Fall and even Link Wray.

It demands repeated listing and could easily go on and on, and on… repeat.