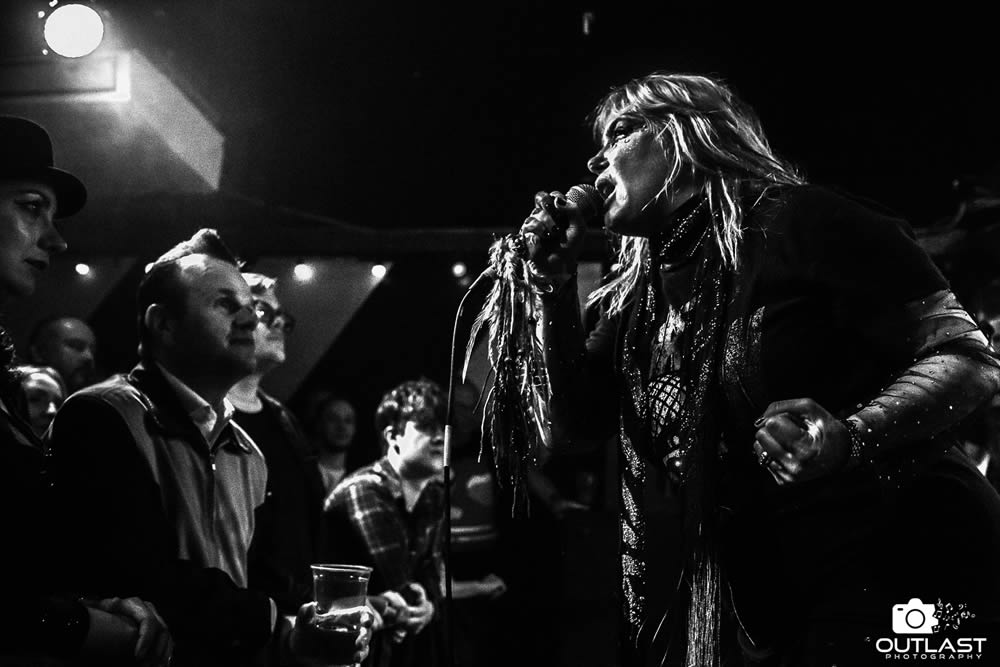 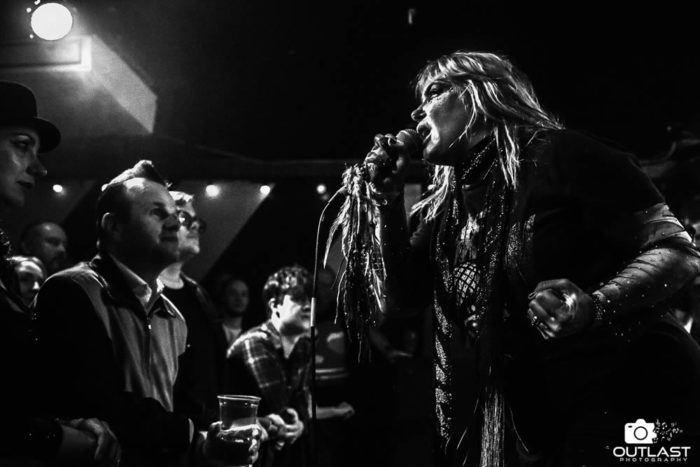 Debuting their sophomore album Breaking State, Brix & The Extricated take to the stage of Night People after a spirited performance by support Blanketman. Nigel Carr reports back for Louder Than War with photographs by Jack Walsh at Outlast!

I reviewed the new album last week, giving it nine out of ten for its infectious melodies and intricate structures. Songs that get under your skin. Lighter and more accessible that debut Part 2, Breaking State is packed full of goodies!

Tonight, is one of celebration; two albums in and Brix and her band have found their feet. They take to the stage with a blindfolded singer being led carefully to her mic by guitarist Steve Trafford to a thunderous Steve Hanley bassline. So distinctive on early Fall and now The Extricated songs, it underpins the album and show opener Alaska. 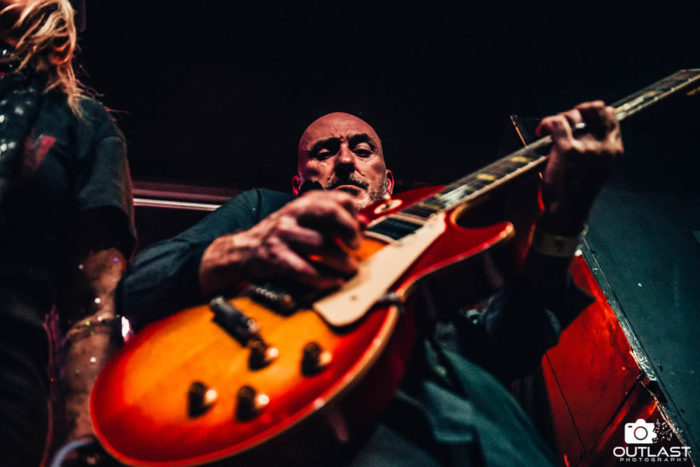 Every great gig mixes old with new and this is no exception, with almost all tracks off Breaking State interspersed with more familiar Part 2 and Fall material, including Pneumatic Violet, Guest Informant and Dead Beat descendent. It’s performances such as Prime Numbers, Dog Face, and Sleazebag that reveal the power of the new songs. The crowd would be forgiven for letting them wash over their heads, nodding along, but there is real excitement as the tracks explode, with the audience dancing and showing their appreciation. The power and punch of the new breaking through the unfamiliarity. 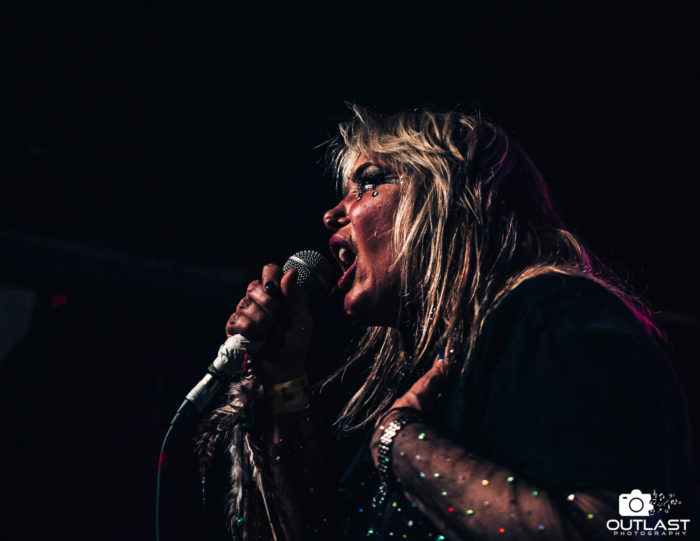 Brix’s performance is spirited and confident with plenty of those punch the air moments she does so well. After the highly charged and emotional Hollywood during which the singer almost descends into tears, the band leaves the stage to rapturous applause. 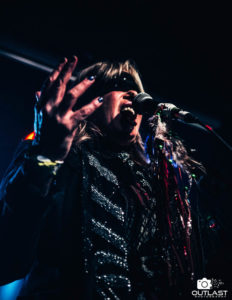 Guitarist Jason Brown appears back on stage saying that they’re not doing an encore because the crowd haven’t cheered enough! It’s a joke of course as they head back, introducing legendary A Certain Ratio Drummer Donald Johnson to join them!

The set ends with the awesome Totally Wired. As Brix said in our interview, The Extricated only play Fall songs they wrote, and this one is the perfect show closer, finishing as at does with an extended drum-off between Paul Hanley and the ACR sticks man.

This was an amazing show for the band, showcasing the new album but carefully reaching back in to the past to punctuate the set and enrich the performance.

Catch Brix and the band at the dates below where apart from seeing surprise guests on stage, you can pick up copies of the new album with signing sessions after each show

You can buy the album Here.

All words by Nigel Carr© More writing by Nigel on Louder Than War can be found at his Author’s archive. You can find Nigel on Twitter and Facebook and his own Website. Photos© by Jack Walsh at Outlast Photography who’s also on Facebook and Twitter