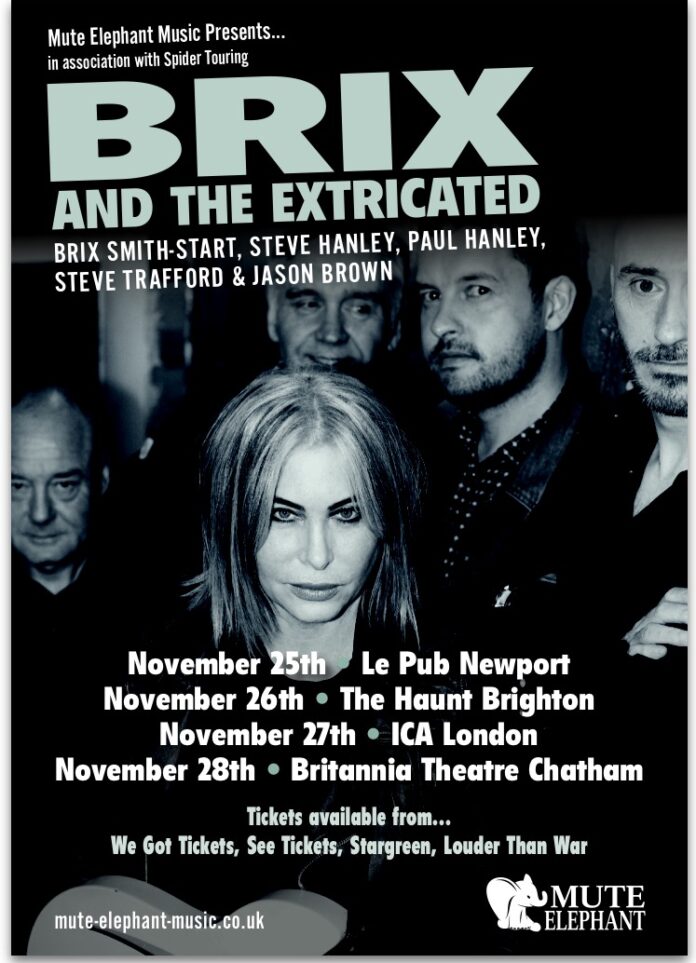 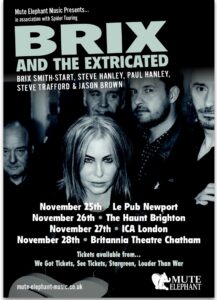 A little bit of tension is a good thing for art.

You can feel it in the air when Brix takes the stage. Like a prize fighter armed with a guitar In sunglasses and hood she is a pinball of attitude. There is an electricity. There always is when these songs are conjured up and the spectral force of the Fall is in the house.

Earlier this year when Brix announced she was going pick up her guitar again and round up some of the old gang to revisit her part of a hallowed back catalogue there was all kinds of opinion in the air. When she delivered at the debut gig the relief was palpable and tonight on the first full tour the band has already made giant strides with a new added tuffness to the sound and the re-emergence of the Hanley-bass as the lead instrument creating the space that is key to this kind of music.

Much has been said about who has the right to play what but when it is delivered this well it transcends online debate. There is still a lot of Fall stuff in the set but then each member of this band had a big hand in carving out these songs as every number in the set relates back to the Extricated with each member having a hand in its construction whether it’s the hallowed Fall material, Adult Net songs or a great new song that they encored with.

A few months ago the band sounded good. Tonight they sound great. Steve Hanley’s monumental bass has been cranked in the mix to full grouchy glory and the Fall groove that he was so much part of is in the house. That bass is a wondrous construction. Still incessant like a clanking production line and as you hear it tonight in all its full glory you release what a key part of the Fall sound it really is/was. the rest of he band play off this beast creating the magic.

Of course Mark Smith has been vocal in his disapproval of the current situation whilst Brix has been diplomatic. These things are to be expected. But thats mere soap opera when it comes to the music. The Extricated are currently a compliment to the Fall and ready to fly off in their own direction. These are great songs and they have new life breathed into them by this well drilled unit who play them with a passion and commitment and intensity that was always part of the Fall band at any given point. Even Mark E’s sister seems to be nodding with approval in the packed house.

They play a lot of Fall stuff, I think I caught Feeling Numb, a clattering Leave The Capitol, a joyous 2×4, Lay of the Land complete with a rousing reception to the Steve Hanley Bass break, a hypnotic LA, a grinding Bombast, a devilish cover of Ball Of Confusion, a middle aged mosh pit sparking Totally Wired, and a punky Deadbeat Descendant as well as a laconic US 80’s90’s and a spectral Hotel Bloedel and a spotify spotlist of others as well as Adult Net’s Waking Up in the Sun and a sprightly C.R.E.E.P

The key is the new songs and there are many of them in the wings. The new song in the encore is, perhaps, the high point of the set and a real inkling that the best is yet to come – a grinding bass and great vocal this is a great moment that proves that the back catalogue is just the door of perception and the new stuff will be the proof and making of the band.