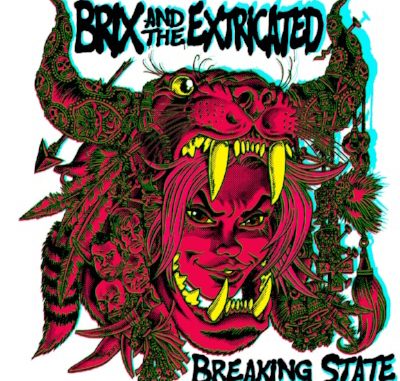 Brix & The Extricated release Breaking State, the follow up to last year’s Part 2. The album is released on Friday 26th October supported by a string of dates around the UK – See below for details. Nigel Carr reviews the album for Louder Than War.

I interviewed Brix and the band for Louder Than War back in August where they talk about the inspiration behind the album, the recording process and the upcoming release and tour.

Breaking State sees the band building on the sound they developed on the first album. In many ways, while sitting at the core of the record is the Hanley Brothers with their unique rhythm section that underpinned many a Fall track, this record pulls further away from that sound allowing Brix and her band of three ‘fallen’ plus Jason, to really explore new ground. Sure, there are the Totally Wired style jangly moments, but in a way that’s what keeps the sound firmly in that punky raw-experimental-Manc spectrum. 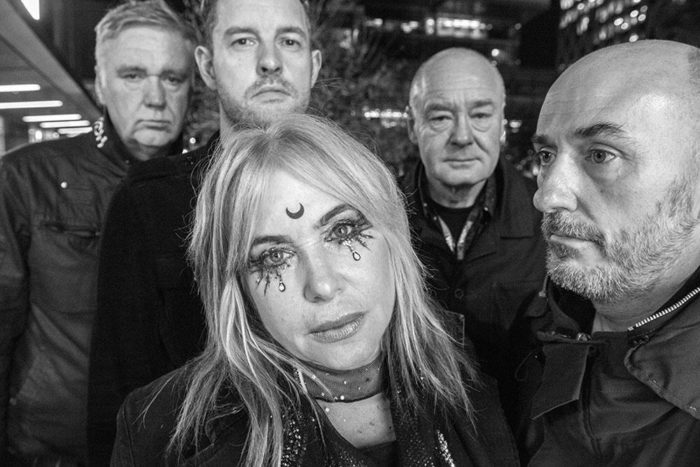 A deeply personal record, as Brix explained in the interview, Breaking State is choc full of soaring melodies, embellished with orchestrations and ricocheting Trafford/Brown riffs. We open with the brooding Alaska, Steve Hanley’s thunderous bassline bursting out from a cacophony of detuned violins. It breaks with Brix’s uplifting vocal with purity, punch and potency. There are ‘Cherry Bomb’ moments where just for a moment you hear a flash of a Runaways influence, but this is pure Brix – light and original.

Brix & Jason explained the meaning of the album title:

Jason: “It’s moving from one state to another. When you are locked in an unresourceful state, mentally or emotionally, you need to break state”.

Brix: “Every time you put on a record you’re breaking state, moving from one emotional state to another”.

Dog Face, the stand-out track on the album straddles HC and Prime Numbers, creating a cracking prial of three beautifully written songs which combine the familiar Manc core with a driving West Coast feel. It doesn’t let up, with a string of well-crafted tracks including highlight, Sleazebag culminating in the ‘never give up, never shut up’ mantra of Unrecognisable. It’s this track with its string arrangements and Life On Mars style piano close, which reinforces the theme of this record

Lyrically laced with Brix’s coming out from the shadows. As wife of one of the arsiest men in popular music, through fashion designer and TV presenter, this album sees her transformation into a bona fide star in her own right, with an album to be proud of.

The supporting cast’s contribution cannot be overstated; all played an important part in the record’s development. Fleshing out the bones of tracks and adding arrangements. Steve and Paul Hanley provide a rock-solid base with Jason Brown’s sonically charged lead against Steve Trafford’s rich and immersive backdrops.

Too many bands these days rely on noise over substance, banging away as if melodies didn’t matter. They do, they make an album, and Breaking State is a great album! They could learn a lot about songwriting by listening to this record.

Also notable is the startling cover and merch which has been designed by Rufus Dayglo who worked on Tank Girl & Gorillaz.

You can buy the album Here.

Brix & The Extricated embark on a series of dates to support the album with a lunch night at Night People – Manchester on 25th October. 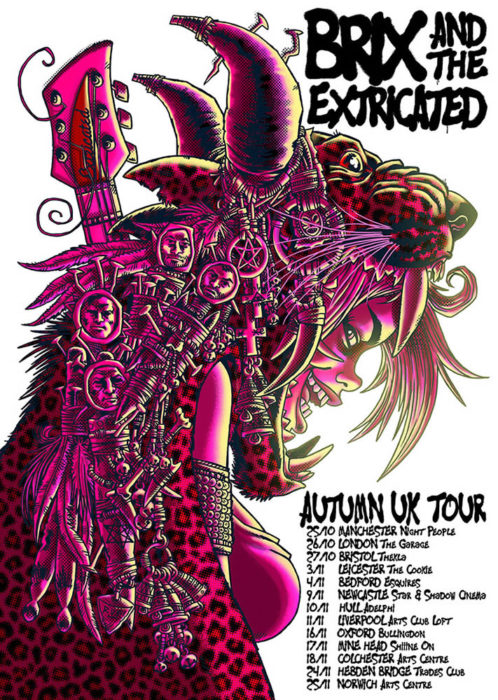