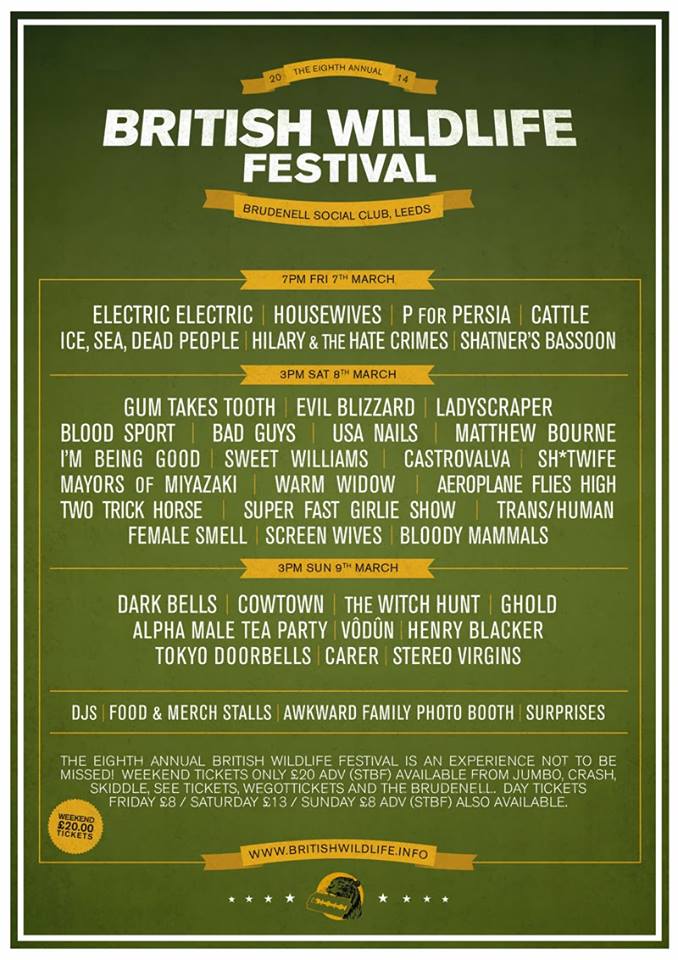 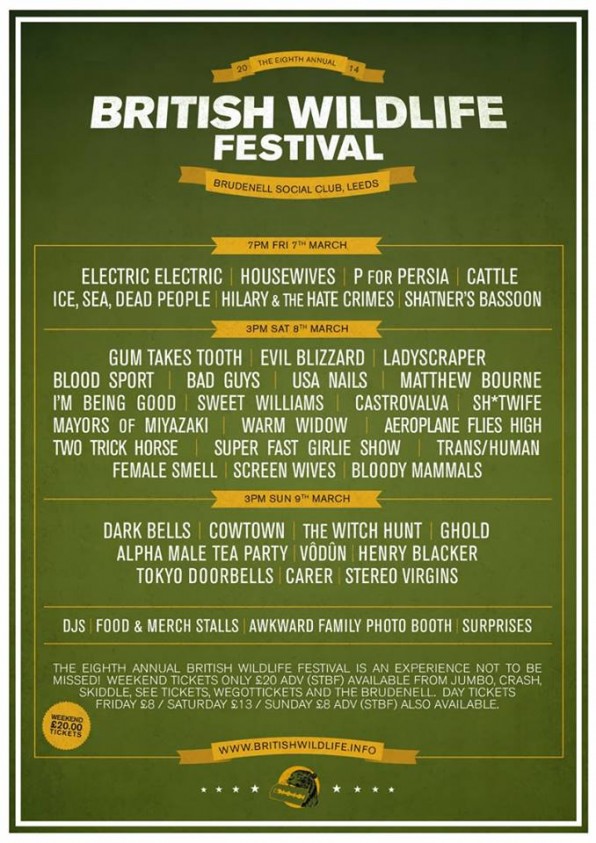 We have previously brought you various line-up announcements from a selection of major UK and International festivals inc Undercover 2, Primavera Sound, Coachella, Sound City etc – however Louder Than War likes to make its readers aware of a whole host of smaller festivals; festivals that often feature many of the bands and artists we have supported often via our New Band of The Day Feature.

One such festival which has caught our attention is the British Wildlife Festival, 2014 will be the eight year the festival has ran and previous performers include Hookworms, Vessels and Max Tundra.

British Wildlife is a festival curated by British Wildlife, an independent promoter who has for years put on the bands he likes and wants to support, and he thinks you should like and support these bands too – we spoke to the organiser and asked him about the ethos of the festival; his reply was succinct and refreshingly to the point;

The 2014 line-up includes Louder Than War Records signings Evil Blizzard, Shitwife which is the new project from LADYSCRAPER ft. Henri Grimes (drummer from Shield Your Eyes) , Female Smell, who when I tried to complete a bit of research upon turned up this “A who’s who of nobodies, dead beats, and duddards, stricken with addiction and bad attitude, but the “you can’t help but love em” spit on a cloth Nan and wipe his face, scuzz buckets of FEMALE SMELL” – oh and they make a hell of a racket, the twin bass assault that is Super Fast Girlie Show, Alpha Male tea Party, and USA Nails who describe themselves as “London based psychy noise rock band” – I suggest you check out their track ‘Chain Of Command’ on Bandcamp.

The venue can hold approx. 400, as such we suggest you get you Tickets as soon as possible. To many, the majority of these bands will be unknown, however the care British Wildlife have undertaken to ensure that attendees get to witness so of the most exciting and up and coming bands around should be reason enough to attend.