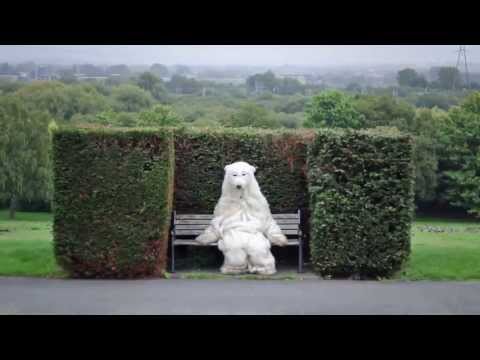 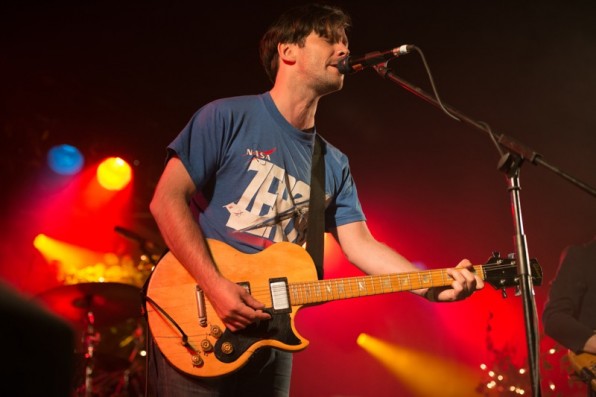 Never a band to be bound by convention, British Sea Power are about to head out on one of their most unsual run of shows to date. Louder Than War’s Lee Hammond caught up with singer Jan Wilkinson ahead of their Sea of Brass tour.

British Sea Power have a truly exciting new project, it may be more subdued than their previous work but it promises to be just as thrilling if not more so. Not even the band know what to expect themselves, making it that little bit more intriguing.

The ever brilliant and truly awesome British Sea Power has a new project looming large on the horizon. Sea of Brass sees the band take a rather different direction to their standard indie rock, they handed over their back catalogue to the brilliant jazz musician Peter Wraight who’s famed for working with the likes of Tracey Thorn, Jazzanova and Roisin Murphy.

He’s taken twelve of the bands best tracks and re-worked them for a jazz band, its well known to fans of the band that they’re not afraid to stray away from the norm of the scene. With two film soundtracks under their belt we find out this is just a continuation of their exciting escapades.

We catch up with lead singer Yan to talk about Sea of Brass, and what we can expect from the premiere at the Durham International Jazz Festival this week.

Louder Than War: How did the idea for ‘Sea of Brass’ come about?

Jan Wilkinson: We were asked if we would like to dream up an idea for a one off performance in an ex chocolate factory in derby. A while later I had a daydream on a plane back from Scotland after a nip of whisky. I was being chased by a giant trumpet. Not one to miss a trick I quickly came up with the idea of playing with a brass band! After that withheld from Kate who originally approached us it has snowballed into a whole run of gigs with various topnotch full on brass outfits.

What can we expect from ‘Sea of Brass’?

I’m not 100% sure myself yet. It is a slightly more laid back version of a full BSP gig with full brass arrangements through 90% of the show. We’re playing a few more rare songs than normal too. Our first full practice is tomorrow the day before our premiere performance at the Durham brass festival.

Were there any particular tracks from your back catalogue that you were particularly keen to hear re-scored as part of this new project?

I suppose a couple of the more epic ones perhaps like Lately and Once More Now. Overall the arrangements are down to Peter Wraight who has bravely attempted to avoid the obvious approach and wants to show what brass is capable of rather than plodding through a kind of brass covering BSP songs. The brass brings new elements rather than copying or replacing BSP riffs and melodies.

That said if there were one track that you could have re-scored but it wasn’t possible which would it have been?

Well recently I’ve wondered what more upbeat ones might sound like. Apologies to Insect Life and Spirit of St Louis.

Will Bipolar and Ursine Ultra be making an appearance at any of the ‘Sea of Brass’ concerts?

I doubt it but they’re in the van so maybe. I think these will be seated events. More laid back so they would probably just be a pain the arse. Maybe if we can get them some tamazepam first.

Will we see the signature tree decorations adorning the stage at any point on the ‘Sea of Brass’ tour?

Probably not but occasionally it’s added in last minute if we are feeling the need. We are running a bit more of an advanced light/visuals system at the moment and the trees may not be needed. We probably do 80% of our shows with trees and bush but not always.

With regard to the two bears, have they ever caused any damage? I had a run in with Bipolar last year at Kendal Calling and was nearly knocked clean out!

Sorry to hear about that! Hope you’re ok. There’s never been any major incidents. It’s meant to be harmless animal-based fun rather than a real wildlife dangerous encounter.

With ‘Sea of Brass’ did you feel the need to try something different, as we know you’re not a band who likes to stand still with two film scores and countless brilliant albums under your belts?

Normally we are up for something new or an alternative approach.

Beyond ‘Sea of Brass’ are there plans for another British Sea Power album in the not so distant future?

I doubt it will be too long but there are no definite plans at the moment.

Also are there any plans for anymore Krankenhaus nights in Brighton or Manchester? We know the likes of Savages, Toy and Bo Ningen have played in the past any ideas of who may play in the future

There’s been talk of a run of Northern Kranks. Starting with Mankenhaus. But so far it’s proved to difficult to get it nailed down. We worked on a documentary and an indie film about a swimmer as well as a UK tour in the last few months as well as Sea of Brass and a couple of other small things. It’s been fairly busy. Soon hopefully. It’ll be similar. A few crackers fun acts and a couple of very good bands fingers crossed.

Similarly whom are you currently listening to? What or more importantly who should we be checking out?

Its been really random stuff for me recently I’m afraid. Nothing all that new or trendy. Some weird Mexican stuff, soundtracks and some Jock Scott.

Finally we know the North East holds a special place in your hearts with Yan and Neil’s dad being from Sunderland, did that make it an easy decision to bring the premiere of Sea of Brass to the North East?

Dad’s hopefully going to make a rare outing to the Gateshead show later on. Durham’s too far for him now as he’s turned 90. He’s still rocking but a little closer to home now. It’s a big old brass festival so we thought that seemed apt.