Home Music Bands Sign This! Bristol Venue The Fleece Once Again In Danger Of Enforced... 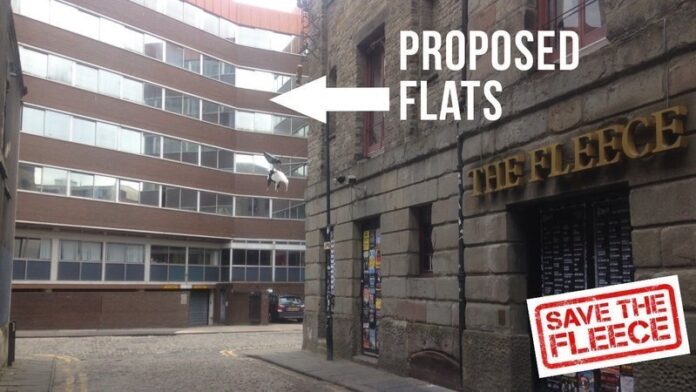 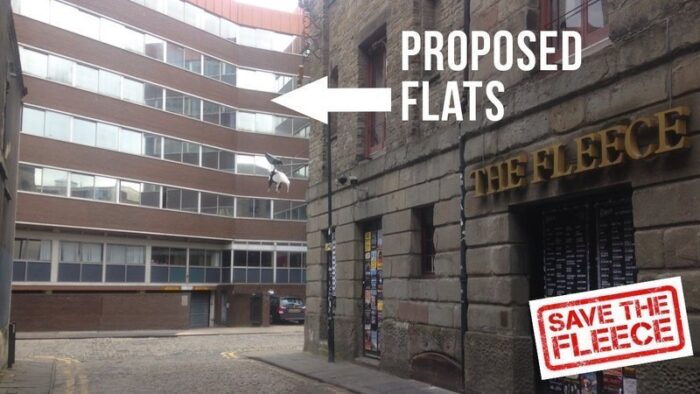 The Fleece in Bristol – one of the city’s most popular music venues – is once again in danger of being forced to close thanks to the developers of flats opposite the building. Read on for full details or just go sign the petition here.

Last year, as we reported how Bristol City Council had told the developers they had to put up soundproofing in the proposed flats so the new residents wouldn’t be affected by noise levels and in turn proceed to complain and put the wheels in motion to get the venue closed.

“Hurrah” everyone thought, a rare occasion of a small venue winning the day!

But it appears the developers weren’t happy so they’re now appealing to the Secretary Of State to get openable windows installed in the proposed new flats which would obviously take everyone back to square one! Except they’ll still be having to spend the $$ putting the sound proofing in one presumes!

To the untrained eye this just looks like spoilt little children syndrome – they didn’t get their way so they’re trying to enforce the demise of the venue who won legal case against them which resulted in their having to spend a small sum of money compared to how much they stand to make on the venture. A legal case decided on, we remind you, by impartial Bristol council officials.

So where do we go from here? To the change.org website of course to sign this petition.

Future Of The Fleece Live Music Venue Under Threat Again

London developer Edenlaw Ltd has appealed to the Secretary Of State seeking openable windows in proposed new flats directly opposite The Fleece live music venue. We strongly object to this (and so does Bristol City Council). Recent changes were made to national planning policy which requires the sound insulation of the building envelope to be optimised for new residences near live music venues so we believe it is vital that the proposed flats which face The Fleece have fixed shut windows. This case has now become the first test of this new national policy. Please support us by objecting to this appeal.