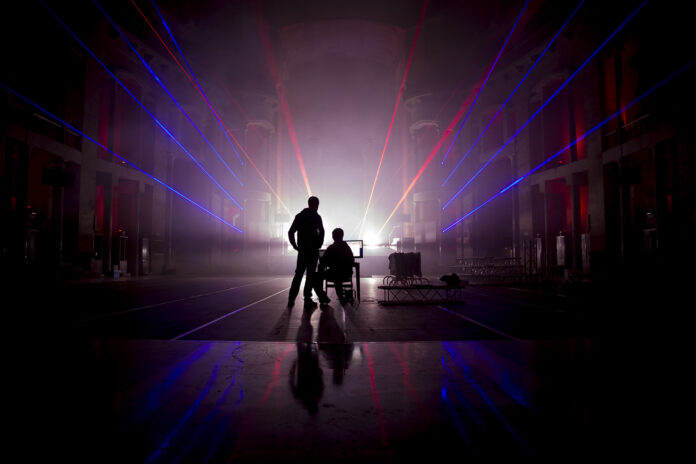 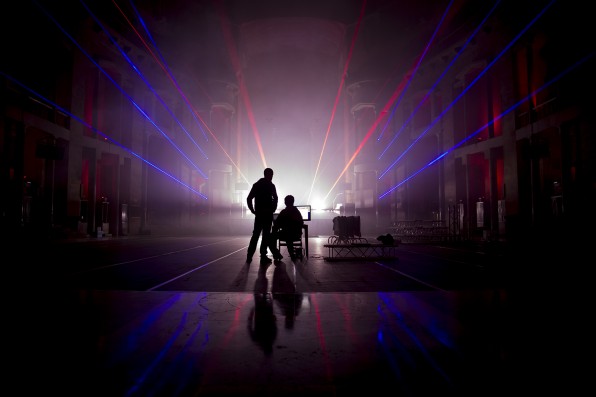 The organisers of Bristol International Festival, aka In Between Time, have announced an exciting mix of extraordinary theatre, music, dance, live art, exhibitions, talks, parties and large-scale public artworks all taking place across the city from 12th – 23rd February 2015. Full details below.

The 2015 edition of this once every two years event will, amongst other things, be inviting us to…

“Take a walk in the clouds in Bristol harbour, experience a storm in a club and … (go) into the shadows for an immersive evening concert inside a gothic mansion.”

Artists will be flocking to Bristol from all corners of the globe to create an extraordinary festival of unique events, premieres and new commissions. Over 50 artworks will be “surging” across the city’s arts venues, streets, parks, stately homes and major thoroughfares. For 2015, the theme is Storm (before, during and after) and it celebrates art as a powerful force for change.

Some of the events we’re really looking forward to include:

“The storm is coming, celebrate your last night on earth.”

In Between Time creates a huge multi-sensory art and club night titled The Storm. Featuring a bespoke commission from light and sound artists Playmodes (Barcelona) a host of leading performance artists, and cutting edge DJs, The Storm is set to be one of the biggest arts events staged in the city. Enter a heartstopping hurricane of strobe light and sound. 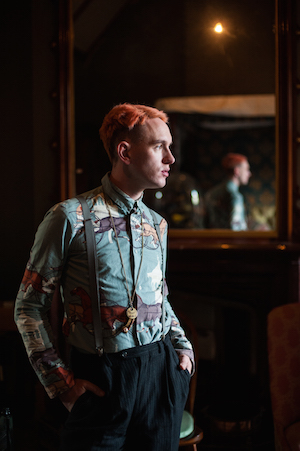 “Unlock the door to a concert like no other… in a special commission, In Between Time and musician Patrick Wolf will create a unique concert through Tyntesfield at night.”

For IBT15, In Between Time is proud to announce a new partnership with the National Trust, Trust New Art.  No stranger to collaboration Patrick’s rich history has featured creations with Arcade Fire, Patti Smith and Tilda Swinton. Coined ‘Britain’s most innovative radical and creative pop star’ by Miranda Sawyer in the Observer, In Between Time and the National Trust are working with Patrick to weave stories from the past into a contemporary and immersive night-time experience for audiences. A line-up of additional artist commissions will be announced in the New Year.

As part of the project Patrick has also been commissioned to produce a song and video inspired by the stories of Tyntesfield and the wider National Trust.

“The world is getting warmer, but how will this change our weather? And how might a changing climate disrupt our lives?”

To celebrate Bristol’s status as European Green Capital, In Between Time have invited a conjurer of unusual weather, Japanese artist Fujiko Nakaya to the city. For 10 days from Friday 13th to Sunday 22nd February, Peros’ Bridge in Bristol Harbourside will disappear behind a changing veil of fog.

Over 40 years, Nakaya has used fog as a sculptural medium. Collaborating with the elements, Fujiko’s clouds are created by water pumped at high pressure through many micro-fine nozzles to create immersive and contemplative experiences for audiences. Currently showing in San Francisco, Bristol’s Fog Bridge represents the UK Premiere of the artwork, and is presented by In Between Time in association with Bristol 2015, European Green Capital. Supported by Watershed and the Cabot Institute, University of Bristol.

‘A chance to literally walk in the clouds’ New York Times

Helen Cole, Artistic Director of In Between Time has this to say about an event that should further cement Bristol’s standing on the world’s cultural stage :

“This is our 6th edition of the festival and our first as Bristol International Festival. As a biennial we’ve been creating some of these works for two years so it’s brilliant to see them enter the last phase of production, almost ready to share with the world. As producers, we embrace courage across art forms. Night Songs, inspired by the stories of Tyntesfield represents an innovative way of working and promises a unique and moving experience for audiences, while Fog Bridge represents our gift to the city, an artwork for all of Bristol in February.  Tickets are limited to some of the shows and will sell out fast so we’re encouraging the curious in Bristol to head to the website as soon as they can.”