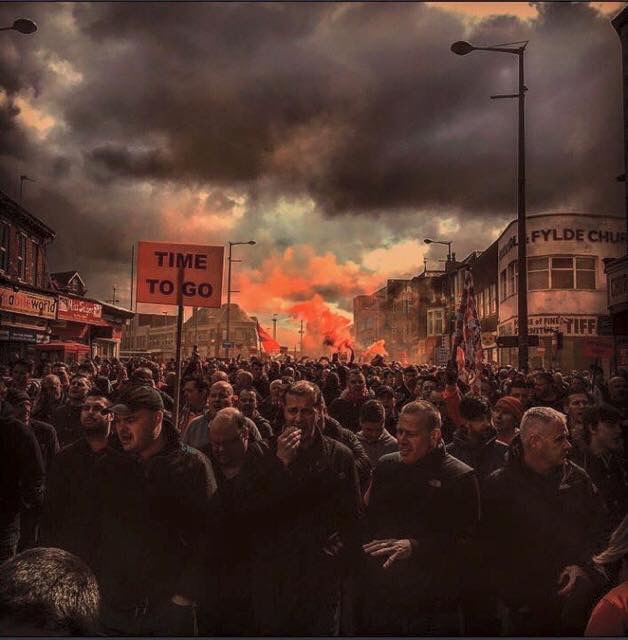 PLEASE SHARE THIS PHOTO AND EXPLAINM WHAT IT’S ABOUT…

The owners of Blackppol FC, the Oystons, are under increasing pressure to leave. With the club on the verge of a second successive relegation and a team made up of misfits and managed poorly the root cause of the situation goes back to the chairman Karl Oyston and his father the controversial Owen Oysten.

Since their relegation from the premiership fans have been left baffled by the lack of investment in the club when the opportunity of using some of the millions of pounds in parachute money could have created something for the community to be proud of. Instead of this it’s been a dramatic slide through the leagues and seasons dominated by court cases as the owners sue the fans for online comments.

For many it’s hard to see where the end game can be and it feels like the club will get relegated again next year and could be sliding out of existence.

The following photo taken by Luca Vettese and posted on his Facebook page captures the dramatic moment when thousand of fans marched through the Lancashire town and demanded an end to the current situation. It’s a stunning picture and captures the dramatic moment when people demanded a return to the club the people who it really belongs to in spirit – the fans and the town.