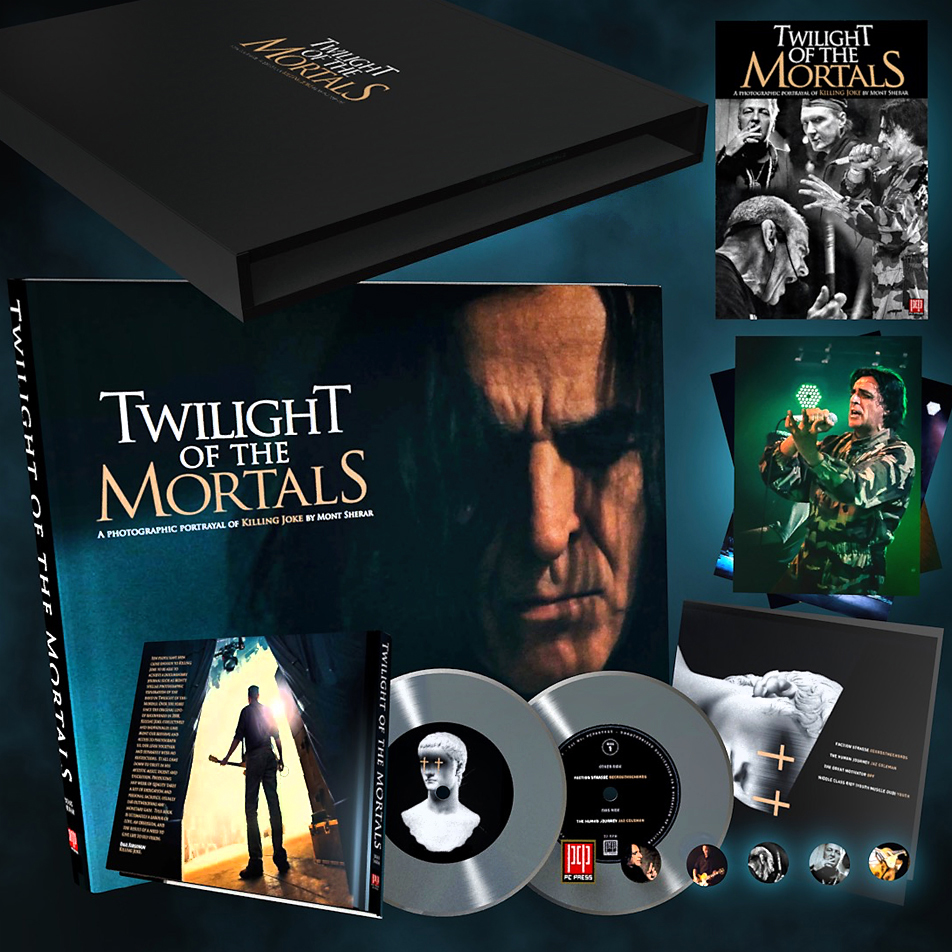 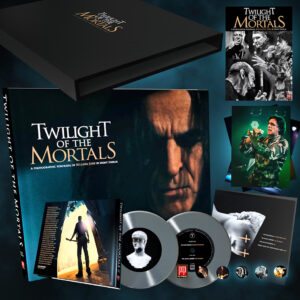 Killing Joke are one of the great bands and anything that is based around the band has to be the best work.

This book of photos taken by band close friend Mont Sherar are not only exclusive shots but beautifully taken and printed in this brilliant artefact and book that also has so much more.

Twilight of the Mortals is available from here is the new publication from PC-Press. The book is a collection of the incredible work of photographer, confidant, and former post-punk DJ Mont Sherar and the result of his 36-years of love for the band; Killing Joke.

This book documents the period since the original line up of the modern day band after reuniting in 2008 after the untimely death of bassist Paul Raven who had originally replaced Martin Glover (Youth) initially in mid-1982.

This new era until most recent times, is presented in a beautifully printed and designed book that comes in both soft and hardback formats, plus a special ltd., DELUXE COLLECTORS EDITION clothbound box set. The latter features extras such as a glicée fine-art print, as well as two 7″ singles on coloured vinyl in a gatefold sleeve designed by none other than legendary, Steven R. Gilmore. Each member is represented with their exclusive contribution to the book, and two of the tracks mark the debut of solo recordings. This particular package is limited to 350 copies total worldwide.

The coffe-table sized beauty includes more than 250 photos of both the group and it’s individuals, all taken and processed by Sherar from his unique position as a ‘fly on the wall’ photographer with the band over a 7 year period – including the songwriting process of the album, ‘Pylon.’ Printed by Calverts of London on art papers and designed by PC-Press in association with Cactus Design, the book is a riot of colour, energy and intimate images of the band in many insightful and previously unseen settings.