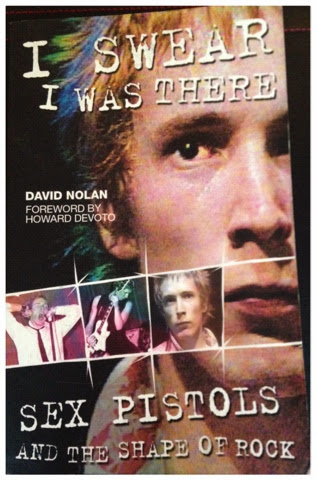 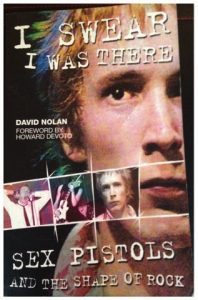 Brilliant Documentary on Sex Pistols in Manchester 1976 on BBC Radio 2 featuring Ian Moss, and another on 6-Music tomorrow

Last night (1/6/2016) saw a great new documentary broadcast on the Lesser Free Trade Hall gig by the Sex Pistols on 4th June 1976.  Entitled ” One Night in  Manchester – the Gig That Changed Music Forever”  the people interviewed were not the ‘usual suspects’ but Jordan ( from McClaren/Westwoods Sex) Peter Hook, David Nolan (author of I Swear I Was There) and  billed as ‘audience member at the gig’, one Ian Moss.  Tony Wilson and McClaren made only brief ghostly appearances.

Regular readers of mine on Louder Than War will know that Ian Moss is of course the subject of the book The Man Who Killed The Hamsters,  singer with the Hamsters, and head honcho of Manchesters most prolific bedroom-based record label German Shepherd.   Radio 2 presumably wouldn’t let him plug his band or label, so I thought I’d do it for him. Here is a piece on the Hamsters single.  A brilliant raconteur, Ian almost stole the show with his views and enthusiasm.  He will go down in Manchester folklore now though for coining the expression “like a fart in a cathedral”.  You’ll have to listen to the whole programme to hear it in context!

On BBC Radio 6 Music tomorrow Friday 3rd June yet another celebration of the gig ..