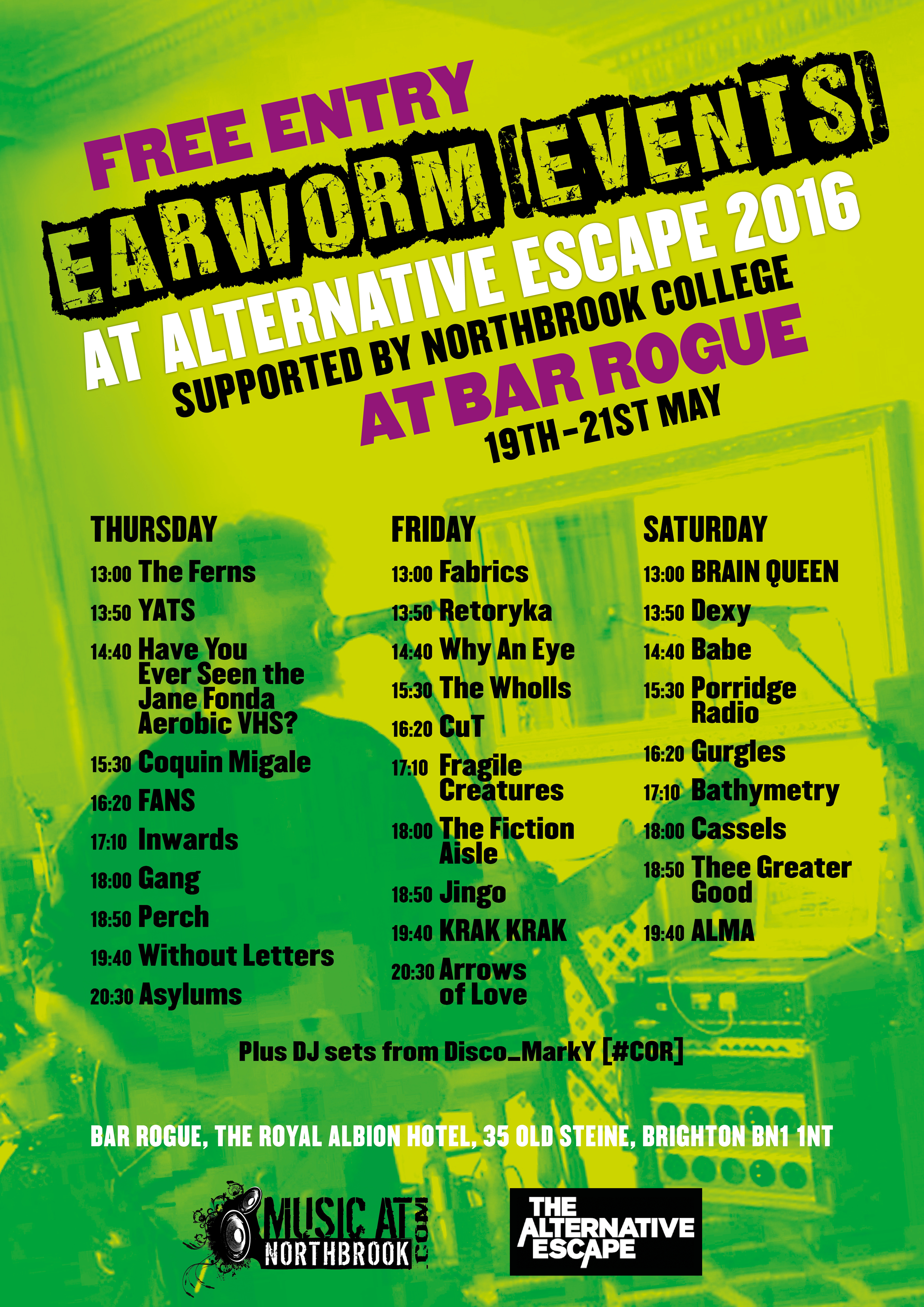 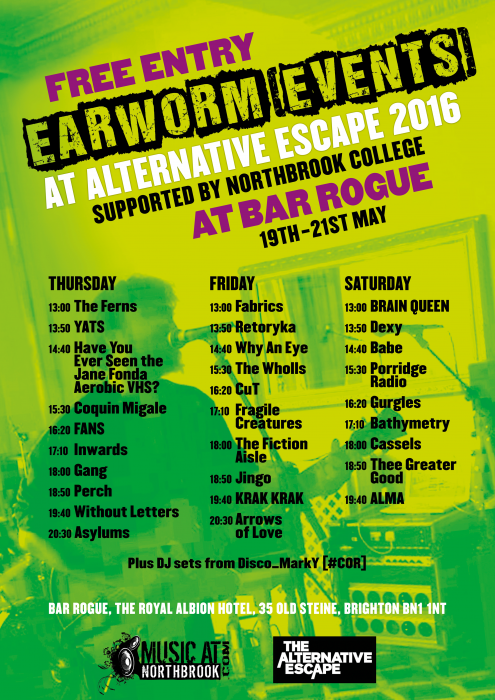 Keith Goldhanger will be holed up inside The Royal Albion Hotel again during this years GREAT ESCAPE FESTIVAL. Under the banner of The Alternative Escape, “an unrivalled platform that offers promoters, management companies, agents and blogs the chance to curate some very special shows… ” this is one of many events that is acknowledged as part of this fab weekend that draws us towards the seaside.

Bar Rogue at The Royal Albion Hotel, Brighton, just across the road from the entrance of the pier (Big creamy white building, possibly draped in green banners – you can’t miss it) is a place we want to briefly point out to you if you happen to be in Brighton during The Great Escape festival and happen to be at a loose end, and get this … even if you don’t happen to have a Great Escape wristband. For the third consecutive year Earworm are taking over this room to provide us with bands that if previous years are to go by should be a cracking line-up. We say should be because most of what’s appearing are relatively unknown artists, even to us. However we have confidence that these people involved in this set up know what they’re doing, last time in this room one of the highlights for one of us was an early lunchtime performance by London band BEAR PAW, a band some of us have been listening to a lot over the past twelve months.

The ones we do already know, namely ASYLUMS and ARROWS OF LOVE we’ve ranted about on this site more than once over the last couple of years. We’re also seeing CuT again for the first time in ages (and expect a few changes since we last caught them).

The bands we’ve hunted down since the line up was announced are also very mouth watering.

Take my word for it.

How can you not be curious about a band from Finland called HAVE YOU SEEN THE JANE FONDA AEROBIC VHS ?

Here’s some of those bands we already love …

~
Earworm  are on Facebook.
All words by Keith Goldhanger. More writing by Keith on Louder Than War can be found at his author’s archive. You can also find Keith on Facebook and Twitter (@HIDEOUSWHEELINV).You may subscribe to the Goldhanger Shorts Facebook page too if you so wish.