Home Music Reviews Album Reviews Bright Eyes: Down In The Weeds Where The World Once Was- album... 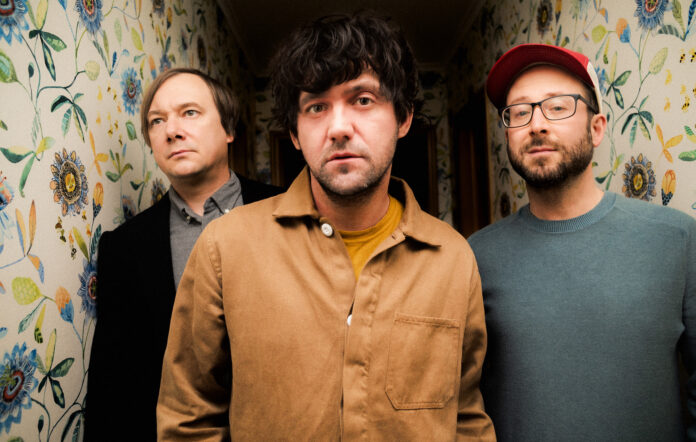 Bright Eyes: Down In The Weeds Where The World Once Was 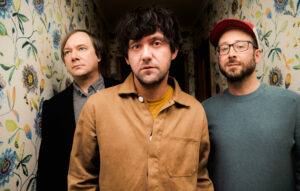 At the beginning of the year, news broke of new material from Bright Eyes. Their first album since 2011’s “The Peoples Key,” flickers of activity of previously dormant social media accounts caused ripples of excitement.

Of course, the individual members of Bright Eyes had been far from inactive in the interim. Mike Mogis has collected an impressive array of production credits. Nathaniel Walcott has created arrangement for records by and toured with acts as diverse as the Red Hot Chilli Peppers and Mavis Staples.  The omnipresent Conor Oberst has done plenty to keep in the public eye. (Giving his incendiary punk band Desaparecidos a timely reboot in 2015 with the album Payola, crafting three thoughtful and introspective solo albums, and forming the much acclaimed Better Oblivion Community Centre with Phoebe Bridgers.)

This impressive collective body of work , along with the nine year absence, is perhaps what left the majority presuming the Bright Eyes moniker had been put to bed completely in favour of other projects. In spite of the interim projects,  seeing the name return feels like something the music world needs.

Often seen as just a stage name for Oberst, Bright Eyes is very much a combination of the three and it seems that on this record they are more determined to establish it than ever. Given the extent of their back catalogue – varied, intelligent, swaying from minimal to expansive and leaving no lyrical stone unturned in almost uniquely verbose fashion – this is a comeback worth being excited about. Returning freshly signed to Dead Oceans amongst a period of upheaval both in the world and in the bands personal lives, the band see the return to the name as both “an escape from, and confrontation of, trying times.”

A comeback, yes, a reunion, no – any absence has been purely unofficial – and one which felt apt for a world which had endured much in recent years, sparking a strange optimism for the start of a new decade.

And yet catastrophe cares little for calendars, and that optimism has for obvious reasons proved ill-fated for us all. If anything, this leaves us needing a new Bright Eyes album even more – a consistent metaphorical hand-holder and voice of the world, before the first note even plays there is a sense of Down In The Weeds Where The World Once Was from the title alone that captures a kind of apocalyptic vision.

But weeds are also just wildflowers , and its hard to shake the idea that we might get some positivity shining through. After all, its what Bright Eyes have, to me at least, always done best. Political anger has called on faith in people for change. The wide-eyed sadness their name became synonymous with has always had doors open for hope. And this does, after all, appear to be very much a Bright Eyes record, the combination of the three of them clearly distinct from Oberst’s other projects.

The spoken word intros which have become a key part of their albums manifests as Pageturners Rag, snippets of conversation overlapping with ragtime melody. The voices are Oberst’s mother and ex-wife, the setting “Pageturners”, the Omaha bar Oberst co-owns. The theme here is very much one of coming home, which seems to make sense with the familiarity of a Bright Eyes comeback.

For me personally, there are two things that make Bright Eyes special, and those things are so hugely evident across this record that I can safely say it lives up to all lofty expectations. The first one is an ability to shift chameleon-like in style from album to album in a way which gives each record a very different feel and sense of place, showing a refreshing lack of complacency with one style, whilst still remaining hugely distinct and instantly recognisable. Down In The Weeds… feels new, but stirring strings, signature off-key deliveries and perfectly pitched production is reassuring territory.

The other thing, and it’s the reason people feel such affinity with much of their music, is the lyrical ability to be personal while still being open to interpretation enough that people can bend it to their personal situations.

From fragile mental health (a painfully straightforward description of an underfed and despairing protagonist and references to Seroquel on singles Persona Non Grata and Forced Convalescence respectively) to bereavement (Stairwell Song and Tilt-A-Whirl both act see Oberst affectingly lament his late brother Matthew), these are the things that might be taken from a very personal perspective but are also things that most listeners will have experienced. Once again, they are acting as music’s most reliable mirrors.

There’s a lot of philosophy embedded in throughout Down In The Weeds, one that seeks to look inwards as much as it does to the wider world. The eternal metaphor of the Mariana Trench is looked into, Nietzsche is contemplated (“I read God is dead/I shed some tears for him/but I swear on his grave I’ll never do it again,” sings Oberst on the stirring, absorbing “Dance and Sing,”), sanskrit language comes into play.

Bright Eyes have often viewed the world with a kind of wonder, in locations from neon-lit New York to the self-discovery of Spiritualist camps, but here they take a more analytic take on the simple environment of home.

It is a mature world, too – rent is due, soup is made, chores are carried out. Their name once a shorthand for youthful angst, Bright Eyes have grown up with their fanbase, with former adolescent  prodigy Oberst having turned forty earlier this year.

From a purely personal perspective, listening aged thirty-three and having spent the past few months teetering into the abyss of a relapse of my own history (alongside the realities of grown-up life), it feels as relatable as melancholy symbolism of “Fevers And Mirrors” did to me twenty years ago and first discovering Bright Eyes. But as personal as that sounds, it will be largely universal, in slightly altered ways.

There was much speculation about which Bright Eyes album Down In The Weeds…would sound like, and instinctively I would the orchestral arrangements and hints of studio noise, and particularly the lo-fi pull of the clattering spoken ending make me say  it has the feel of a sequel to 2002’s “Lifted…”

But this is very much a new, 2020-appropriate, Bright Eyes record, setting the personal nuances amongst something huge and apocalyptic-starting at home, ending with a comet – in an almost prophetic manner. There is always a moment of trepidation upon hearing new material from anybody after a hiatus, and Down In The Weeds… quickly erases that uncertainty. It veers from the vulnerable to the expansive, is swirling, stirring, reflective and absorbing. In other words, it is Very Much A Bright Eyes Record. And we can not ask for more than that.

Down In The Weeds Where The World Once Was is released on Dead Oceans on August 21st. Find details on their website here

All words by Amy Britton. Find more on her archive here and via Twitter here